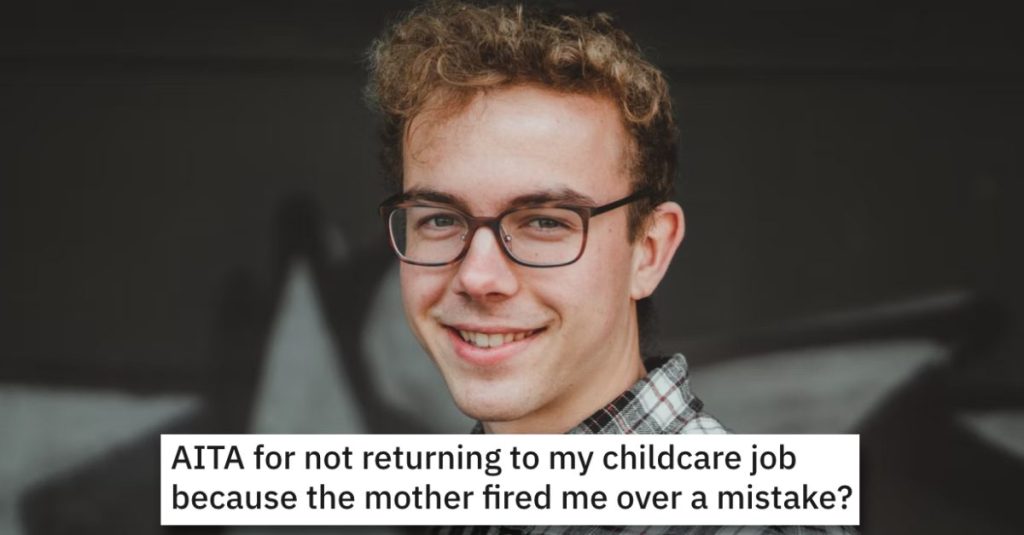 Have you ever had someone try to talk you into coming back to a job after you’d been fired?

I haven’t, but I sure don’t think I’d be happy about it…

Check out this story from Reddit’s “Am I the A**hole?” page and you be the judge about whether this guy was out of line.

AITA for not returning to my childcare job because the mother fired me over a mistake?

“I (19 M) had a job taking care of two kids (2M, 3F), a dog, and doing light housework 4 days a week for a single mom who got my contact info from a business card I had posted in my dad’s pediatric therapy office.

Ever since the weather started getting warmer, the dog has been shedding like crazy. Like, I would vacuum the couch and the next day it would look like I hadn’t, I would lightly tug on the dog’s hair and would pull out huge tufts, the dog’s been scratching all the time, etc.

My dad’s dog has a double coat like theirs, and one morning when I was leaving for work I packed his brushing tool in my bag. When the kids were napping, I spent a full hour outside brushing the dog.

The dog seemed to enjoy being brushed, and after an hour there was a huge pile of hair that had been brushed out. Before I vacuumed it up, I sent the mom what I thought would be a funny text saying, “Brushed a whole new dog out of [Dog]’s coat!”

Looking back, I realize that maybe I should have asked first, but at the time it seemed like something that was within the scope of caring for the dog. The mom went ballistic. She called me yelling, saying that by brushing the dog and not letting the hair fall out on its own I was causing harm to the dog.

She said I was an idiot and she can’t believe she trusted me with her kids, and that today was my last day. I was extremely upset because I had been with the family for 3 months and she had never yelled at me like that before. I left as soon as she got home because she was still fuming. I immediately lined up a job with another family and am supposed to start Monday.

The mom who yelled at me called me two days later saying that she was sorry about the “misunderstanding” and that firing me was an overreaction. I told her I was no longer available and she started crying about how hard it was to find a new sitter for “special needs” kids (her kids are autistic and have therapy at my dad’s office). When I stood firm, she started texting my dad and asking him to do something.

My dad is annoyed at being dragged into this, and while he respects my decision he wishes I would keep watching her kids for a short time to “keep the peace”. I h**e that I put anyone in an awkward position, but I also don’t want to work for someone like that.

This person said this guy did nothing wrong and it was all the woman’s fault. 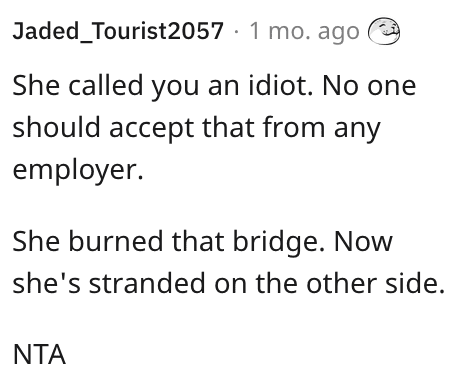 And another Reddit user agreed and said not to normalize her behavior. 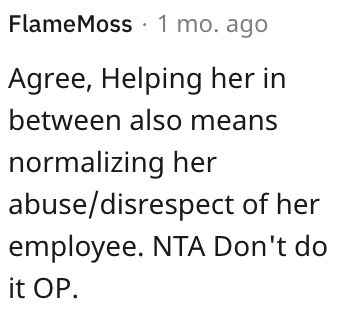 This individual pointed out that she didn’t even really apologize. 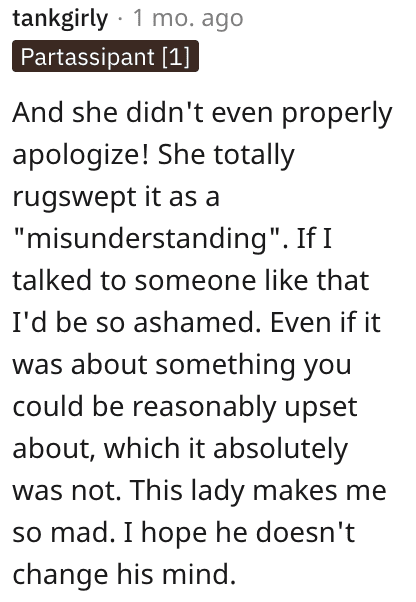