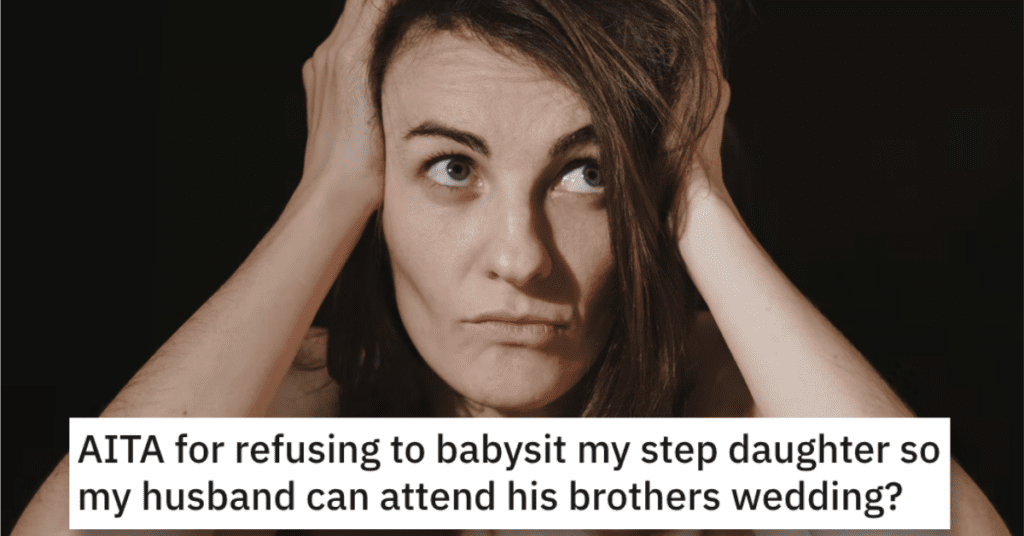 She Refuses to Babysit Her Stepdaughter. Is She Wrong?

Uh oh, it’s another tale of family drama from the “Am I the A**hole?” page on Reddit.

And this one is a real doozy!

Check it out and tell us what you think about it in the comments!

AITA for refusing to babysit my stepdaughter so my husband can attend his brother’s wedding?

“This story is a little complicated, so I’ll try and sum it up. Myself (26f) and my husband (33m) have been married for five years.

Three years ago, he had an affair with Jane (31f). We are part of a large friend group and Jane is a part of that friend group.

Their affair lasted a few months and then ended when he came to me to tell me that was she was pregnant, she wanted to keep the baby, but he was sorry and wanted things to work between us.

After a short separation, and a lot of counseling, I decided to give him a second chance under two conditions, one: we attend couples counseling, and two: he be part of his daughter’s life.

It was difficult but we managed to find a co-parenting situation that worked best for us, however, it required a lot of sacrifice on my part.

Jane was adamant she wanted to continue her career, and therefore needed childcare from when the baby was a few weeks old. She was nervous about daycare so my husband said that I would have to give up my job to take care of her, as I made the least money between us.

We have her one week, Jane has her the next, so I’m basically a full-time step-mum one week and a babysitter the next.

The second, and probably biggest sacrifice is that my husband has only ever wanted one kid. This is it for him. He has said he would consider a second child, this time with me when his daughter is a little older, but it was important I accept that he might decide that he doesn’t want another ever.

As someone who has always wanted to be a mother, this was hard, but I have had the privilege of watching my stepdaughter grow and I wanted my marriage to work.

A few months ago, my husband got invited to his brother’s wedding. His brother is marrying Jane’s best friend, and she is a bridesmaid, so they planned to attend together. Which would leave me taking care of my stepdaughter.

Usually, this would be fine, as I love her very much, but the weekend of the wedding is also my birthday weekend, and my best friend had planned a trip away for us both. I told my husband at the time, and he assured me he would talk to Jane about alternative childcare.

Fast forward to last night, my husband casually tells me that Jane isn’t comfortable with anyone else looking after their daughter, so I will have to cancel my trip.

The trip/wedding is this weekend so I told him there was no way I was letting my friend lose the money she spent on the trip. They had months to figure this out. I was going to attend my birthday trip and they would have to decide which one of them missed the wedding.

My husband got angry and told me I was an arsehole if I made him miss his brother’s wedding because Jane had made it clear she was not compromising on attending.

Things have been tense since, and I’m starting to wonder if I’m being selfish here. So AITA?”

This reader said that this woman is NTA and that she is being disrespected. 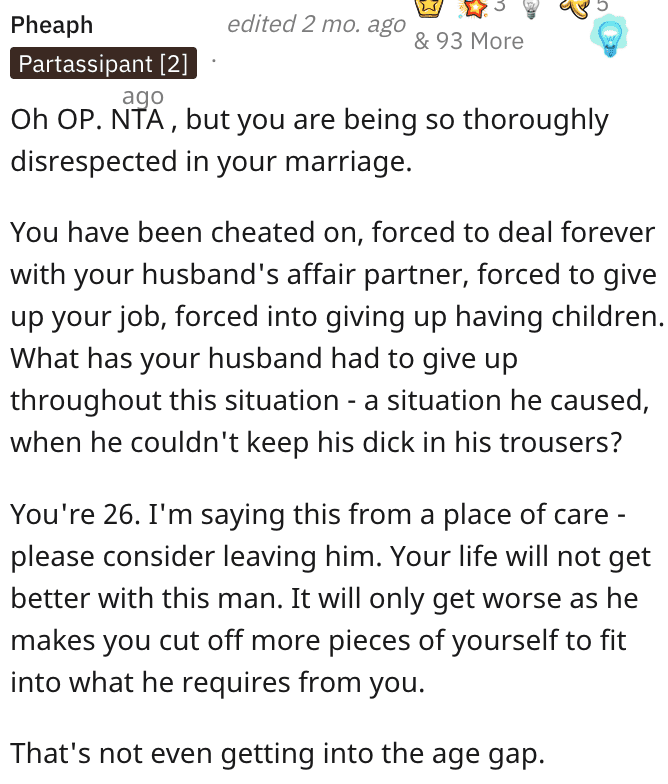 And this Reddit user agreed and said the whole situation is really messed up. 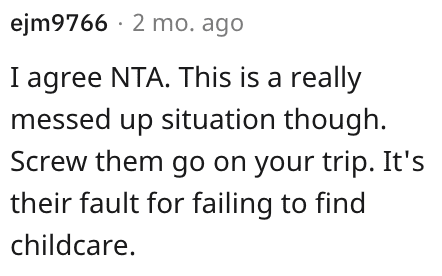 Another individual said that this Jane character is also a huge a**hole. 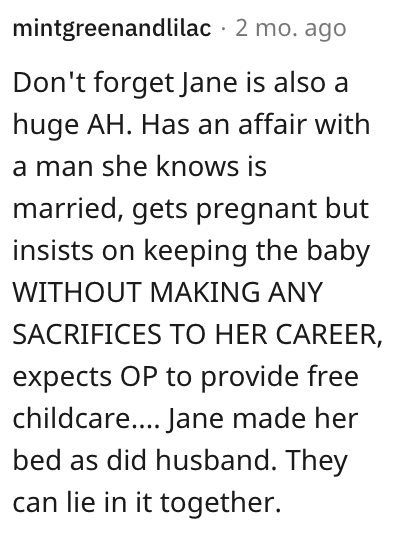