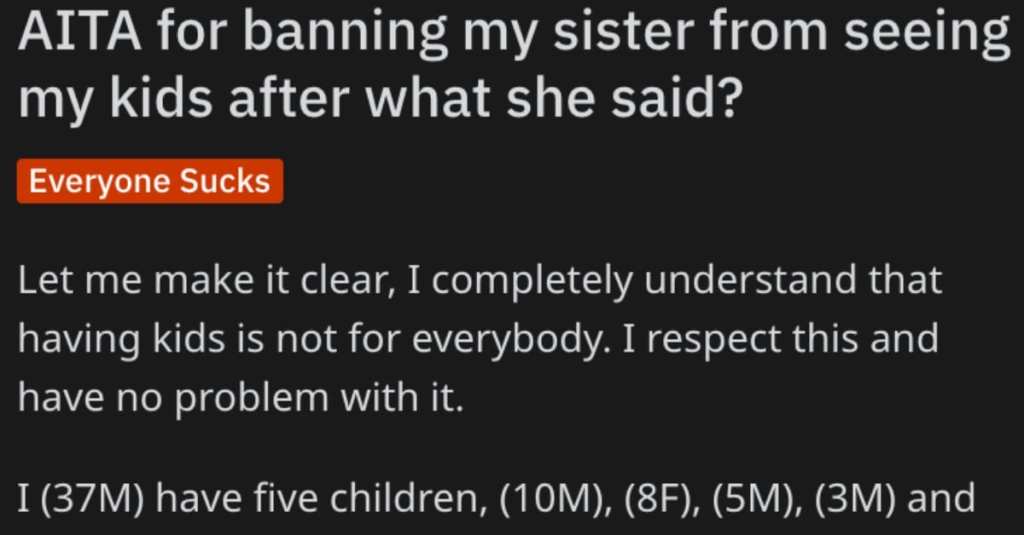 Man Bans His Sister From Seeing His Kids. Was He Wrong?

Have you ever heard of someone banning family members from seeing their kids?

I’m sure it happens all the time, I’m just glad I’ve never had to deal with anything like that in my own life.

But let’s see how things like this transpire with a story from a man who took to the “Am I the *sshole?” page on Reddit to see if he was wrong for banning his own sister from seeing his children.

AITA for banning my sister from seeing my kids after what she said?

“Let me make it clear, I completely understand that having kids is not for everybody. I respect this and have no problem with it.

Obviously, she’s only really seen them through SKYPE calls, but they seemed to really be hitting off. And then, a few days ago, my mom sent me pictures of texts she’d exchanged with my sister, in which my sister called my kids ‘brats’ and said that she cringed throughout each a DJ every call because the kids, apparently, were just so terrible to talk to.

I sent the texts to my sister to see what she had to say. My sister asked what I wanted her to say, that she just telling the truth. I told her that, if that’s just how she felt, that she was no allow to see the kids in any way, shape or form.

Now, my mom’s on my back, saying that she had wanted us to talk about it like ‘civilized adults’ and that I’d overreacted. She told me that my sister had a right to her own opinion, and she was just exercising that right.

Is she right? I can kinda see both sides of the argument, I guess…”

This person believes that everyone is wrong in this situation, especially the man’s mother. 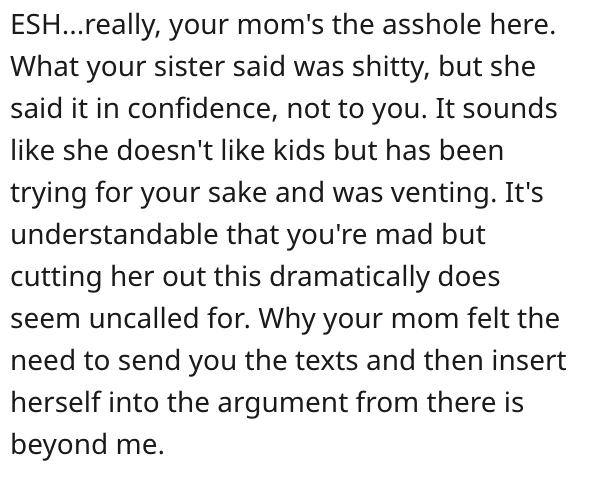 Another reader said that the whole family seems to be acting immaturely and that venting is normal among people who trust each other. 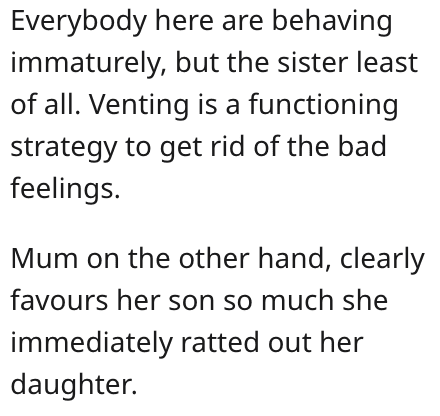 This Reddit user said that the man who wrote the post is indeed the *sshole in this situation and that he overreacted. 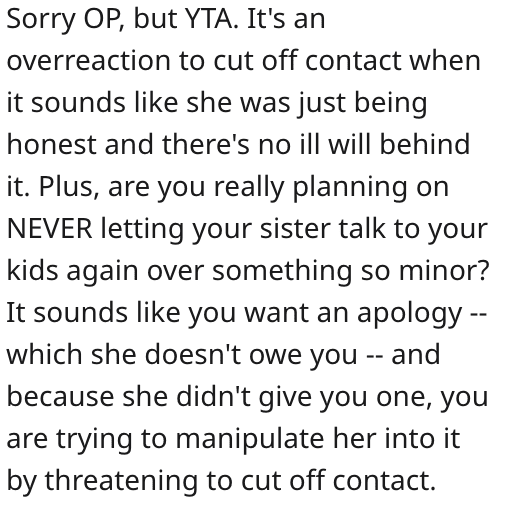 This person made it clear: this is all Mom’s fault!

Finally, this person doesn’t think the man or his mother is wrong here, but the blame all falls on the sister. 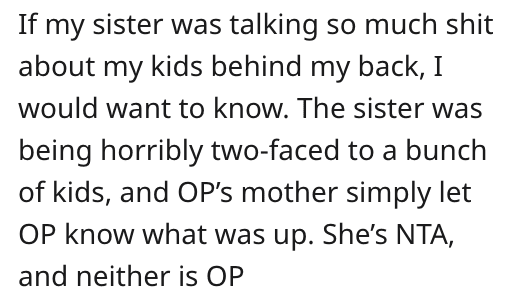 Do you think this guy is wrong?

Or is he justified in his actions?

Share your thoughts with us in the comments. Thanks!