Mendl Weinstock made an usual promise to his sister. When she got married, he would bring a llama to her wedding.

That was 5 years ago. 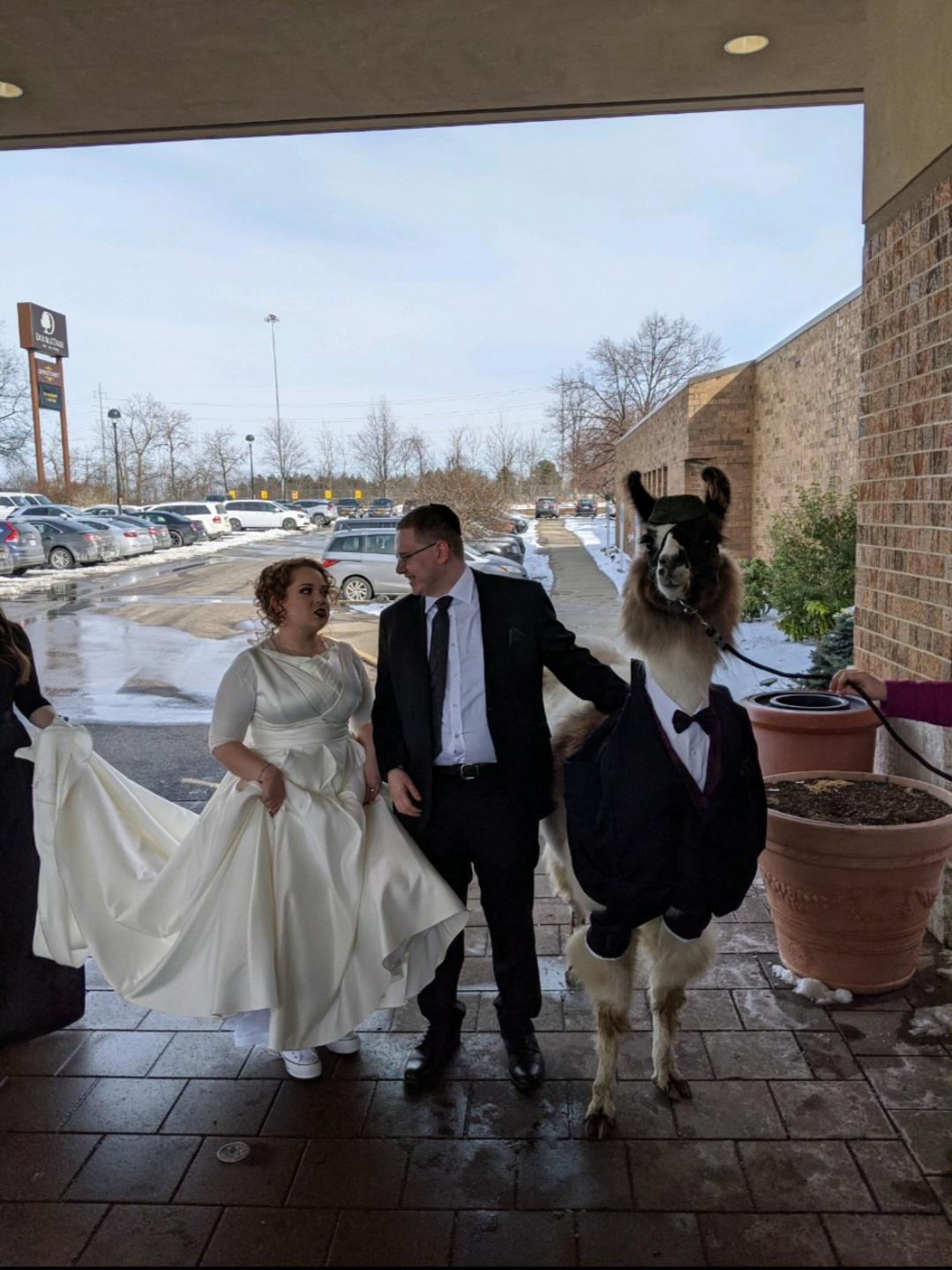 First, though, here’s how it started. During a roadtrip from Indiana to their home in Ohio, Weinstock’s sister Riva was 17 years old and was annoying her brother with her prattle about her wedding plans.

For the record, she didn’t even have a boyfriend, but planning a wedding was top of mind for her during those hours riding in the car.

So, big brother that he is, he told her he wasn’t coming to the wedding.

Offended, Riva insisted that YES, he was coming to her WEDDING. Like, WTH Mendl??

Weinstock agreed that he would come to this prematurely planned event, EXCEPT he would be accompanied by a llama.

After some tough back and forth, Riva relented and said something like, “Okay bring the damn llama. Whatever. I don’t even care anymore.”

Weinstock kept his llama promise in his heart and waited for the magical moment.

Then, the big day arrived.

Weinstock found plenty of farms in Ohio with fine selections of llamas from which to choose. He was able to procure an animal named Shocky for the day, and a coworker made him his own tuxedo and yarmulke.

Riva knew this was coming, but she was still surprised to see Shocky in his wedding finery waiting outside for her for a photo op. She thought the whole thing was pretty cute and posed for a few shots with her special guest.

The regular human guests liked him too.

Weinstock posted one of the pictures on Reddit and watched the upvotes pile up throughout the reception. When the image hit 100,000 he let his sister know. It’s up to 166,000 now.

Riva wasn’t super happy a llama was crashing her elegant wedding (one she’d been planning for 5 years and before she even knew who she was marrying), but she had to admit, it made a great memory.

As for Weinstock, he has the pleasure of waiting for Riva’s revenge. It may be tomorrow. It may be 5 years from now. He just needs to be ready.