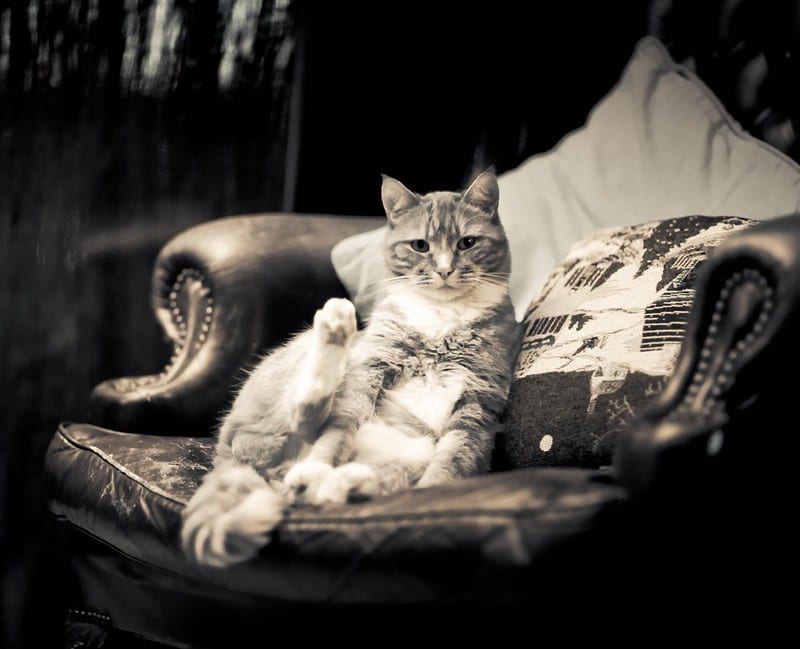 Cats like to pretend they care about nothing except napping and ignoring us, but that’s simply not true. Put a kitty tower in the room and they are all over it. The higher the better!

Then when they are on the top level, they can pretend they are lords of the realm, surveying their subjects and lands which stretch as far as their eye can see or at least to the edge of the living room rug.

So, Rob Coutu from Windsor, Conn., decided to build his cats a couple of majestic towers to indulge their love of climbing and laying on top of really high things to contemplate their royal lineage and treasures.

And majestic they were!

“I have two cats, a red tabby and a Savannah cat,” Rob told Bored Panda.

Although he had to clarify that the Savannah has taken over both towers to the tabby’s chagrin.

Coutu was originally inspired by someone else’s real looking tree. But he decided to try his own style in building the first tower.

For the second tower, he had some design takeaways to try on the balconies, landings and dormers, from observing how both cats liked to play.

So far, the projects have cost Contu several thousand dollars and untold hours of his time, but as a cat-lover, he says it’s all been worth it.

Zack, his Savannah, is absolutely smitten.

The people who have seen Contu’s amazing work have loved it and they want to get their paws on his plans. 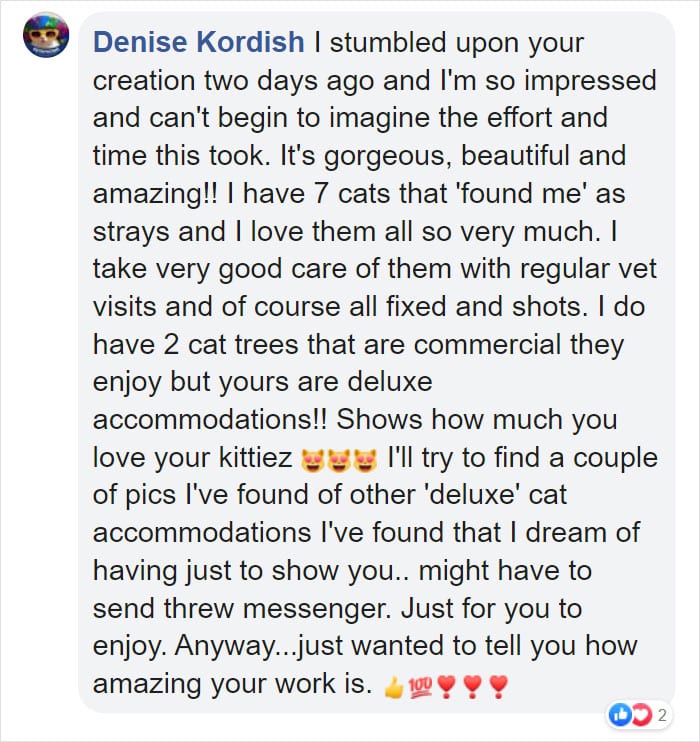 Others didn’t want their “kids” to see, lest they be VERY jealous…

And the tower is even getting some attention down under!

Contu says he’s working out all the details of his new business, but hopes to start selling the plans and doing custom installs soon.