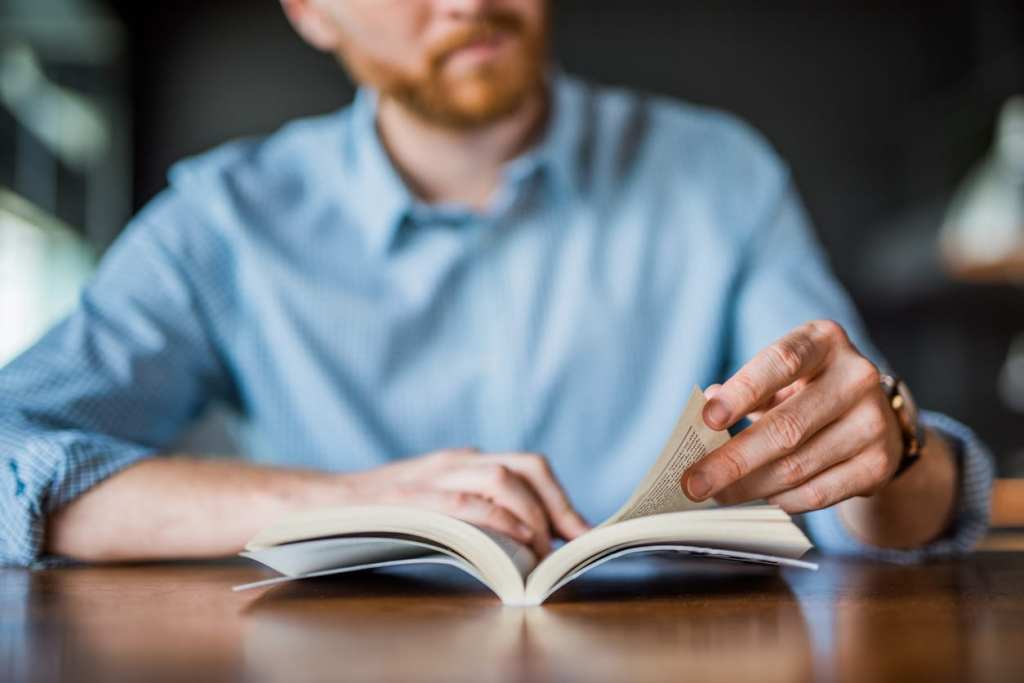 If you’re an avid reader, then you know that books have one downside: they are pretty annoying to transport from place to place. Moving apartments can be a nightmare, and even taking a book with you onto the train can be irritating if the book is a hefty one.

That’s why author Alex Christofi came up with a solution: he cuts books in half. Alex cuts them halfway length-wise along the binding, so that he only has to carry the half he’s currently reading. Sure, this cuts the weight of the book in half, but also — isn’t it sacrilegious to cut a book?! It depends on who you ask.

Alex shared his method in a tweet: “Yesterday my colleague called me a ‘book murderer’ because I cut long books in half to make them more portable. Does anyone else do this? Is it just me?”

To show an example, he posted a photo of three books that he’d cut: Infinite Jest, Middlesex, and Dostoevsky. 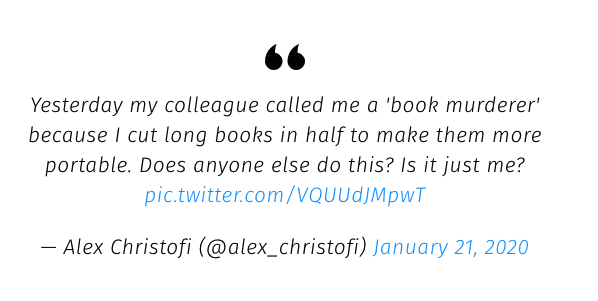 My head says you can do what you like with your stuff.

My emotional response to this: pic.twitter.com/OblkUFXbLR

Many were deeply offended…

i've been an avid reader since i was 2. carrying around books was never a burden to me, it was a joy. to mutilate a book to save an inch or two/a few ounces, then criticize the author/publisher for making such large/long/big books. his bindings are loose in more ways than one.

…despite their attempts at being nonjudgmental.

But not everyone was against the idea!Other people also do this, apparently! It’s a common hack for backpackers.

One proponent pointed out that the method presents a new problem, though: you may lose one of the book halves.

Others asserted that books aren’t that sacred — they’re meant to be read, not kept pristine forever. So, really, you can do whatever you like with your books.

Then again, there are a lot of easier alternatives to chopping a book into two pieces. For example, a Kindle reader, an audiobook, or a bigger tote bag.

What do you think? Is cutting books in half in your future? Or is this absolutely nuts.