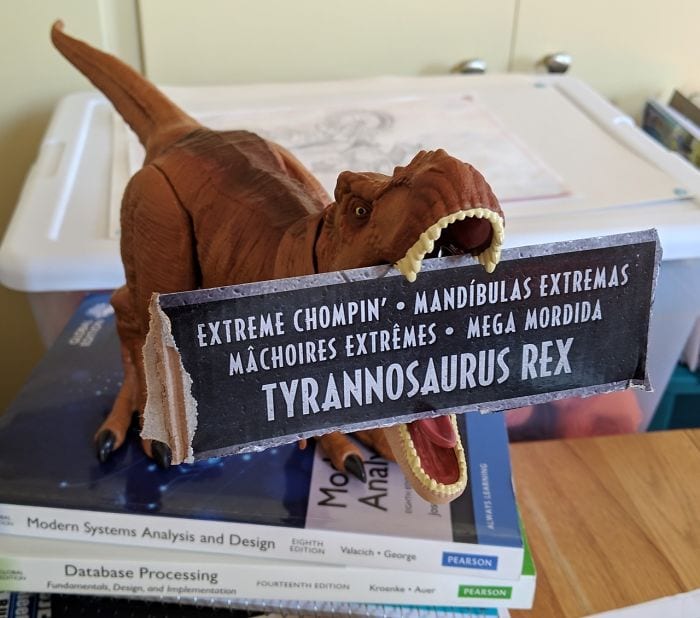 All of us were once kids who wanted a toy that we never got. Maybe our parents couldn’t afford it, or they felt we wouldn’t take good care of it. Some parents even forbid their children to have certain toys because they feel it would incite violence or misbehavior.

Tumblr user Bunjywunjy remembered a time when their mother didn’t let them buy a toy T-Rex from Jurassic Park. Well, things have come full circle. The billion-dollar franchise has been rebooted, and that means these toy dinosaurs can easily be found again. 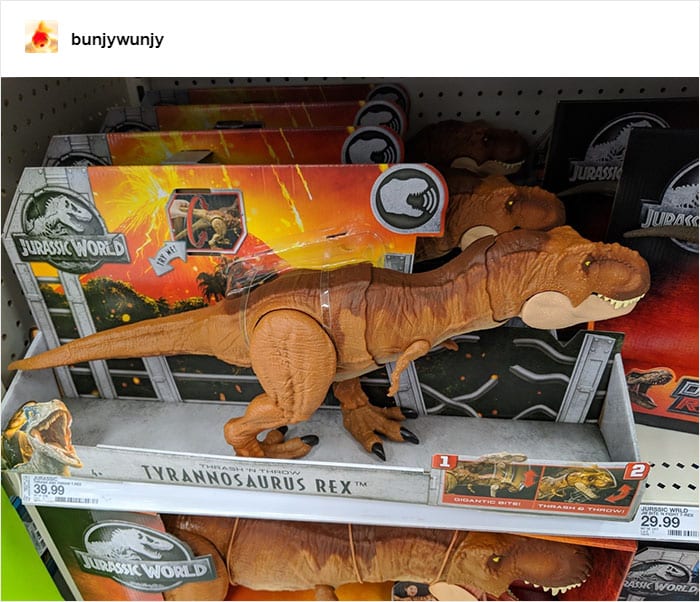 Bunjywunjy says their mother didn’t buy them the T-Rex because she felt the toy was “too violent.”

They hilariously shared their experience buying the once-forbidden toy. 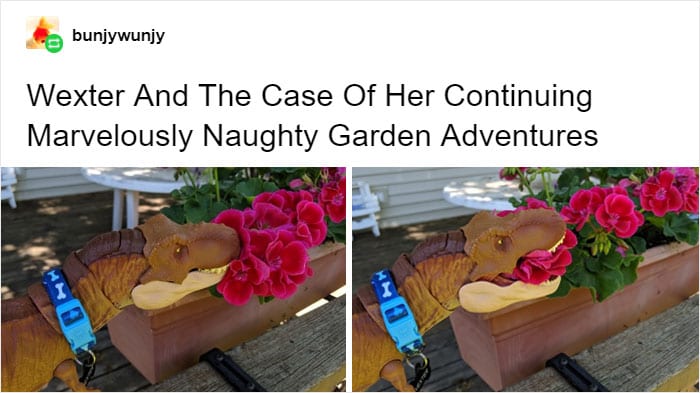 Bunjywunjy told Bored Panda why they wanted the dinosaur so badly:

“Seriously though, my favorite thing about dinosaurs is that they were once actual living animals that walked on the same ground, breathed the same air, and drank the same water (gross) as we do today!

It’s just really wild to think about. Where are you standing right now? A dinosaur probably stood there at some point!” 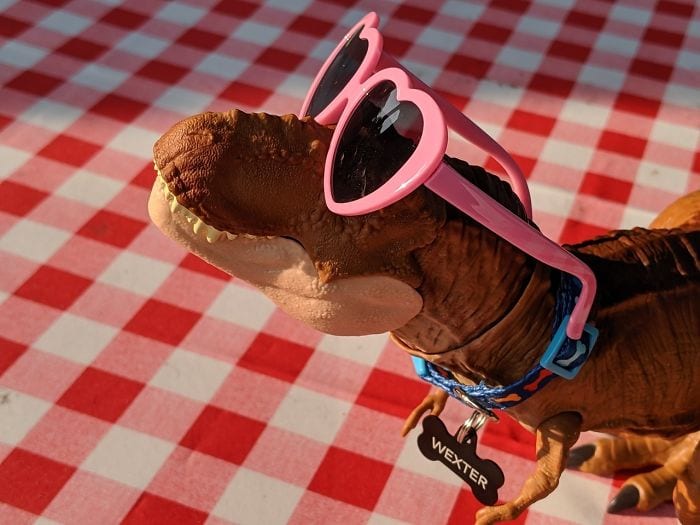 The good thing about being a grown-up is that Bunjywunjy now gets to have their T-Rex and post their adventures on the internet for all to see!

Is there a toy you didn’t get to have as a kid? Mind sharing what it was and why you weren’t allowed to buy it?

Do that in the comments, fam! Please and thank you! 😀