Some people never talk to their exes ever again, and others manage to remain on friendly terms. In this case, one lucky woman got her ex-husband to agree to do her laundry.

There are a lot of people out there who would be grateful than anyone would agree to do their laundry for free. The woman has a child with her ex, and somehow this wound up in the divorce agreements.

One day she asked him to do some laundry and instead of keeping this to herself or making a “thank you” post, she decided to write a rant complaining about how badly he washed her clothes!

An intrepid Redditor decided to capture a few screenshots of her rant and some of the replies she got. 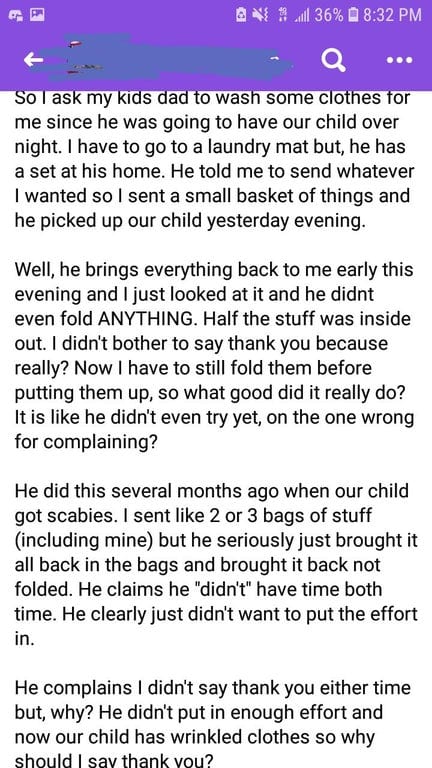 The woman in question explains that she has to go to a laundromat to do her laundry and her ex has his own washing machine. He told her she could send clothes once in a while, but it’s clear she expected professional level services.

Her ex actually washed the clothes she had left while her child was with him, but he didn’t fold them. Apparently he was supposed to fold everything he volunteered to wash?

She wrote a rant and probably expected support, but most people gave her a lecture instead.

Other commenters even pointed out that it seems as if he used his own soap in order to wash these clothes. 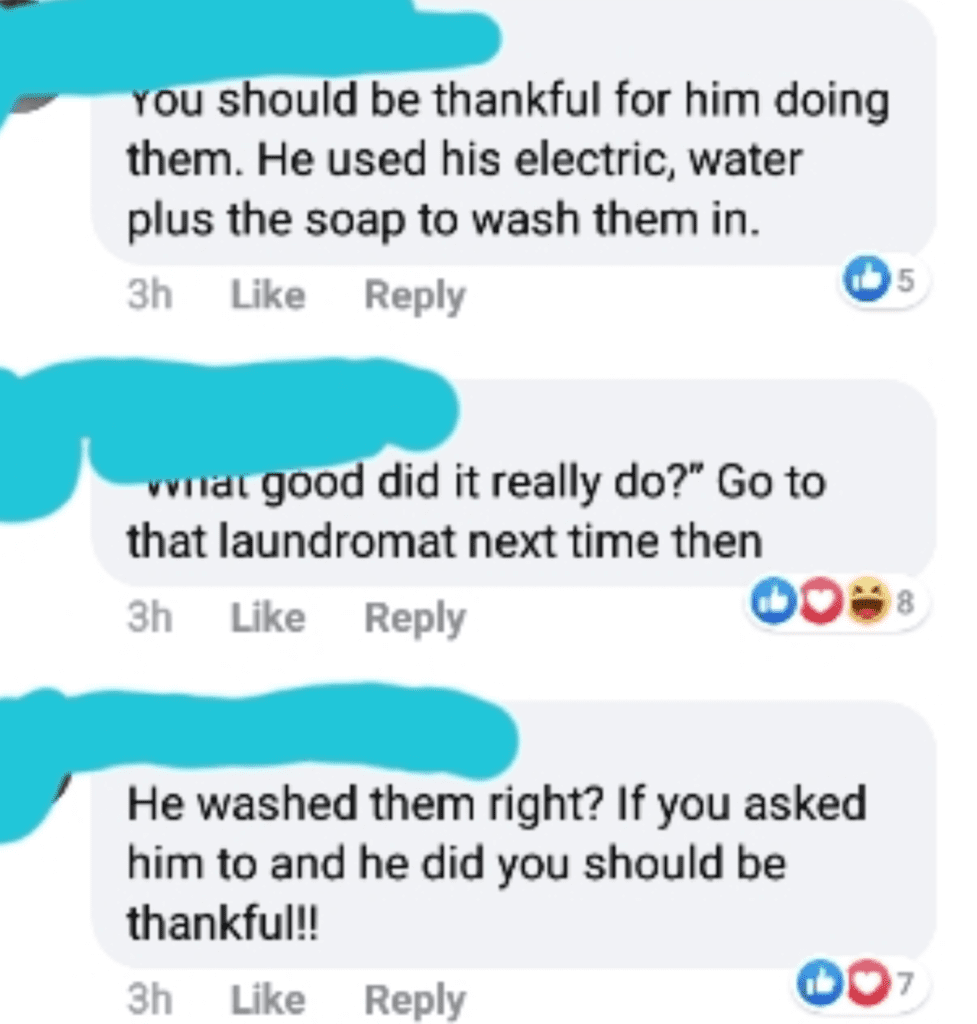 Raising a child and co-parenting isn’t easy, but many commenters found her comments off-putting and let her know why. Maybe this has made the OP reflect on why.

Can you believe anyone would act this way? Sound off in the comments with your opinion.