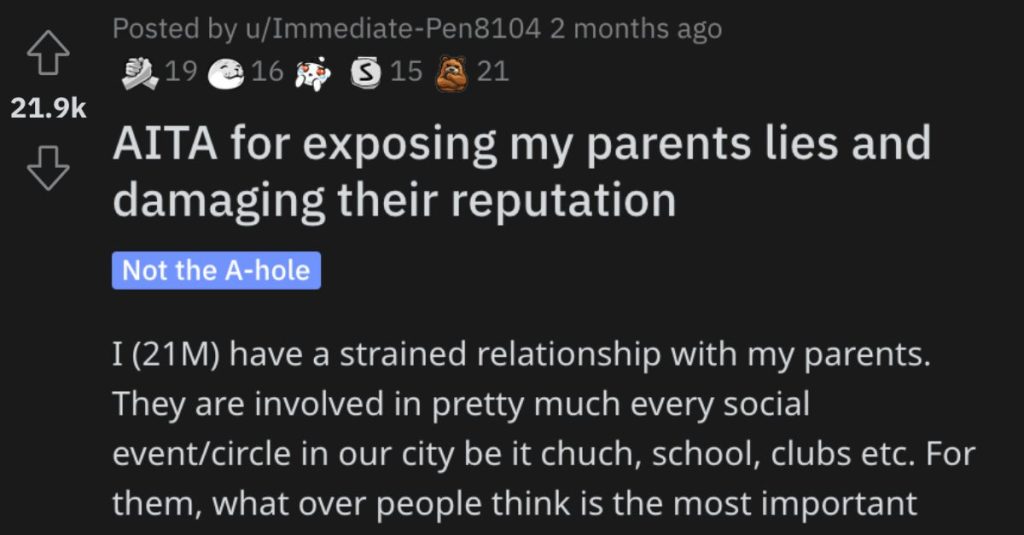 Man Exposed His Parents’ Lies. Was He Out of Line?

When you put people on blast, there are bound to be some hurt feelings.

And it gets even uglier when family is involved.

Throw in parents…we’re about to see some heads explode!

Take a look at this story about a man who wants to know if he was wrong for calling out his own parents.

AITA for exposing my parents’ lies and damaging their reputation?

“I (21M) have a strained relationship with my parents.

They are involved in pretty much every social event/circle in our city be it chuch, school, clubs etc. For them, what over people think is the most important thing. For that, they will lie about pretty much any “bad” thing that could potentially tarnish their standing and have forced my sister (24F) and I to behave in certain ways or follow specific rules.

My sister and I were not allowed to play with certain kids in our school or neighbourhood because their parents were in trade rather than academics. My parents forced me to stop talking to a really close friend in middle school because his parents got divorced.

When I got caught smoking in high school, my parents made up a “distant uncle” with drug problems and told everyone he influenced me.

My sister came home one day introducing her spanish boyfriend to my parents. They didn’t like that so they told everyone the boyfriend is an exchange student that we are housing.

Now recently I was near my hometown visiting a friend and I ran into the leader of a church group I was part of. I was pretty engaged in that group so we sat down for a coffee and talked about the good old times. He asked be about my studies and how my fiance is doing. I was confused and told him I’m not studying and don’t have a fiancée. Turns out my parents made up a bunch of lies to cover the fact that I decided to go for an apprenticeship and turned out to be gay.

One thing led to another and together we went over a lot of incidences and stories from the past, with me exposing more and more lies.

The reults could be seen a few days later, my parents called me very angrily asking me “how could I do this to them” “You ruined our lives” “We can never talk to the neighbours again”.

I told them their entire reputation is build on lies and spreading rumors, that it is disgusting they even call themselves christians at this point and that I’m done being part of their little scheme.

My sister later called me after mom called her in tears. She is torn, on one side she gets me (as already gone minimal contact with my parents) on the other hand it solved nothing but hurt my parents.”

One reader said that this guy most likely didn’t even know that he was doing something harmful to his parents. 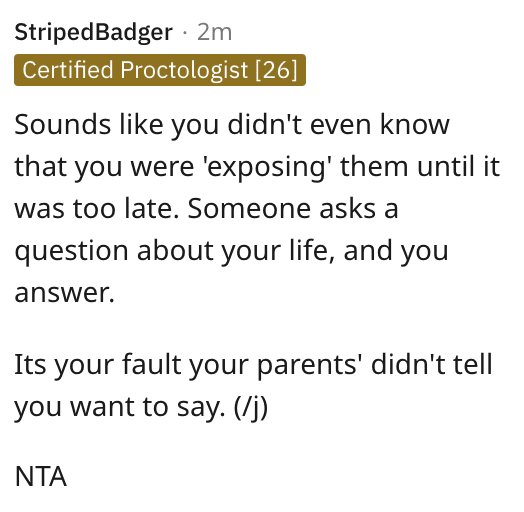 Another Reddit user said something very clear and to the point.

This person said that the parents don’t really seem to be the cream of the crop. 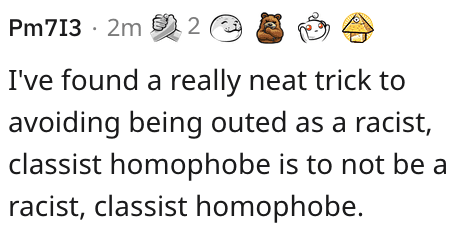 And another person said that all this guy did was correct lies about himself. 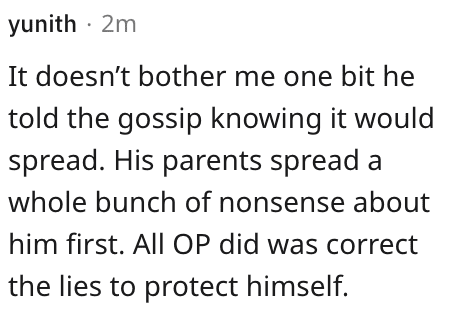 Now it’s your turn to speak up.

Talk to us in the comments and let us know what you think of this story.