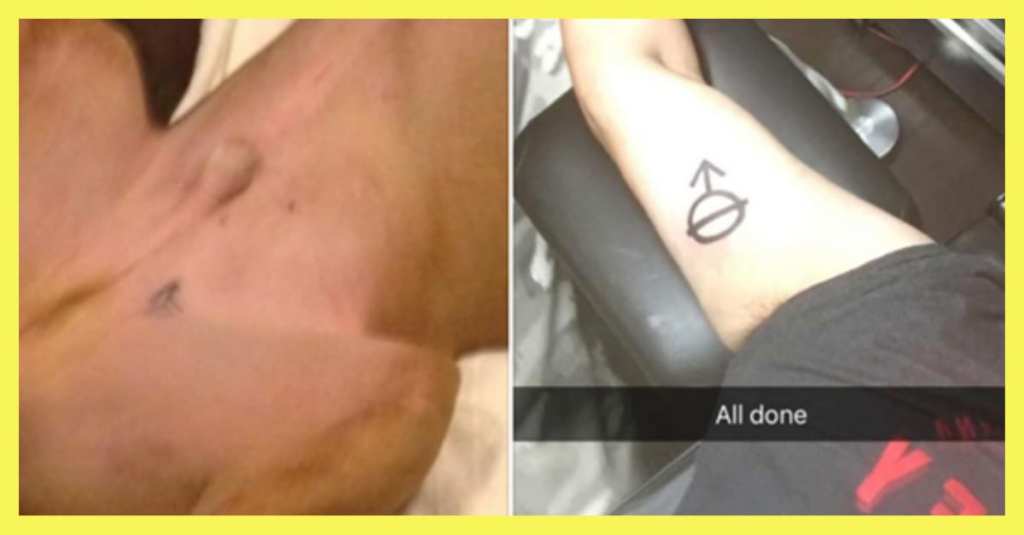 Man Finds a Tattoo on His Dog, Gets the Same One, Then Discovers What it Means

Not long ago, Texan Chris Mendiola found a mysterious symbol tattooed on his dog. So as a bonding statement, he decided to get the same tattoo.

Well…. later he found out what the mark really meant and… you’ll see.

Guy from high school got the same tattoo as his dog.

His dog’s name is Bear and the mystery symbol was on his pelvis. Mendiola was disturbed at the thought of his buddy forced to get a tattoo by his mean previous owners.

So, to show his love and solidarity, Mendiola opted to get the same tattoo. How sweet!

But, then he found out what the mark meant… 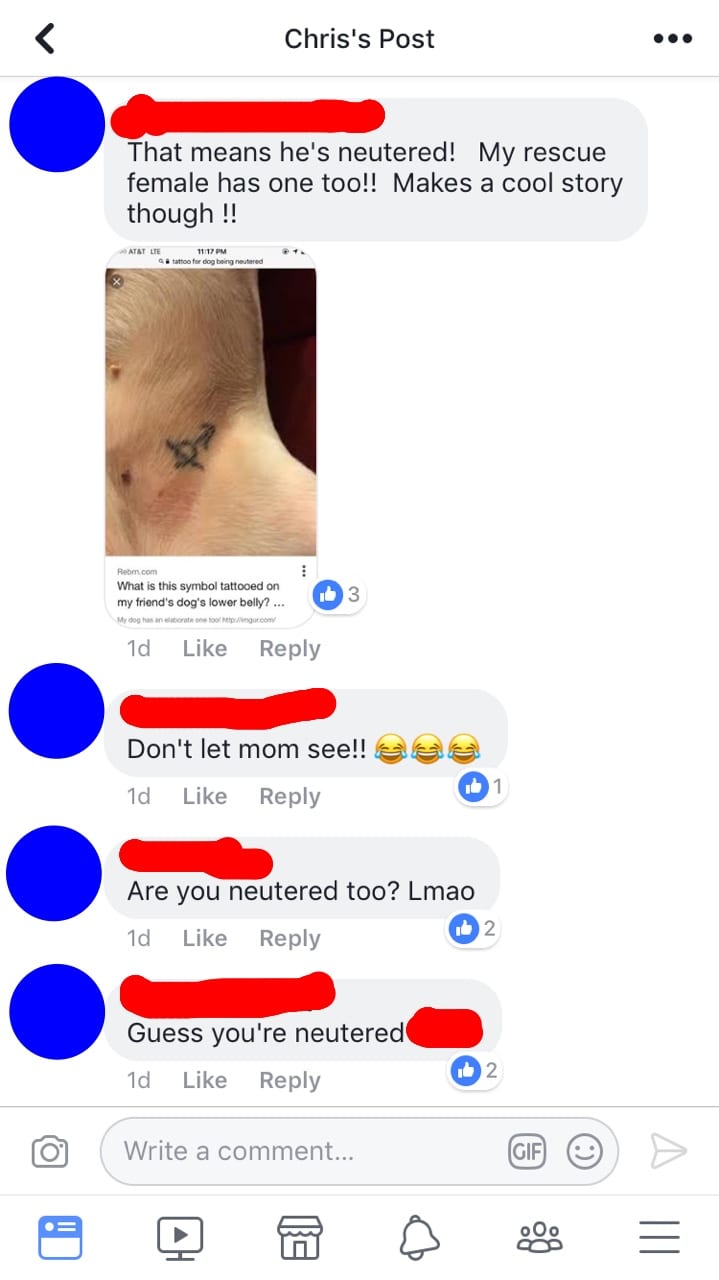 That tattoo is not all that unusual on dogs. All it means is that a puppy has been neutered.

So, basically, Mendiola got ink saying he’s been neutered. Poor guy. Hopefully, someone buys him a beer every time he explains it.

And, remember. He got the thing out of pure love for his pal. He even told Buzzfeed in an interview he knew what the symbol meant the whole time.

As you might imagine, the Internet is saying, “Yeah, no.”

You can’t deny the man’s love for his dog, though. Now, he’s got the mark to prove it.