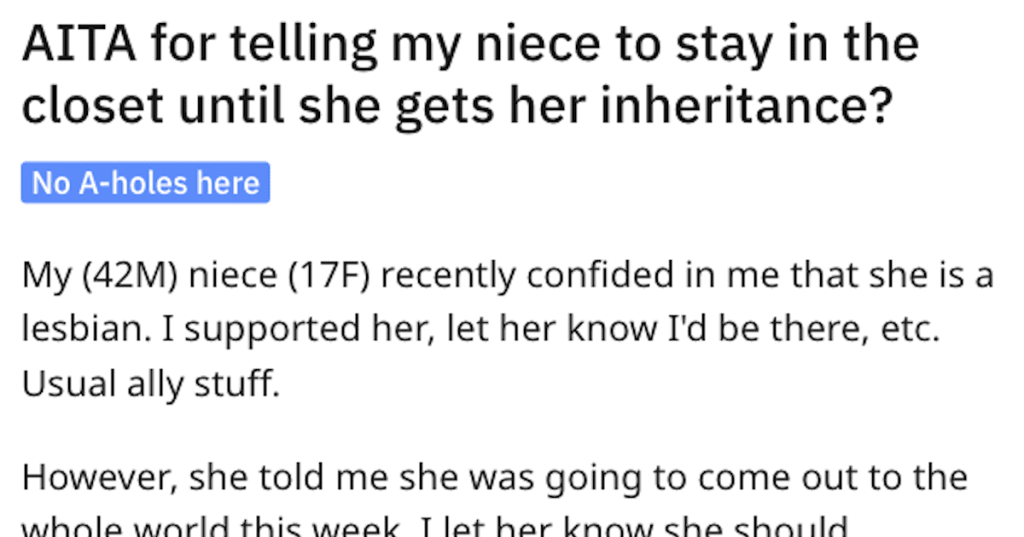 Talking to older family members can be tricky if your lifestyle isn’t one they agree with. Is it best to just pretend to be someone you’re not, or come clean and behave authentically?

That’s the quandary facing one young woman, who is a lesbian. Her uncle, however, is recommending that she stay in the closet around her grandparents or risk forfeiting her inheritance. He posted to Reddit seeking advice.

You can read the entire saga below: 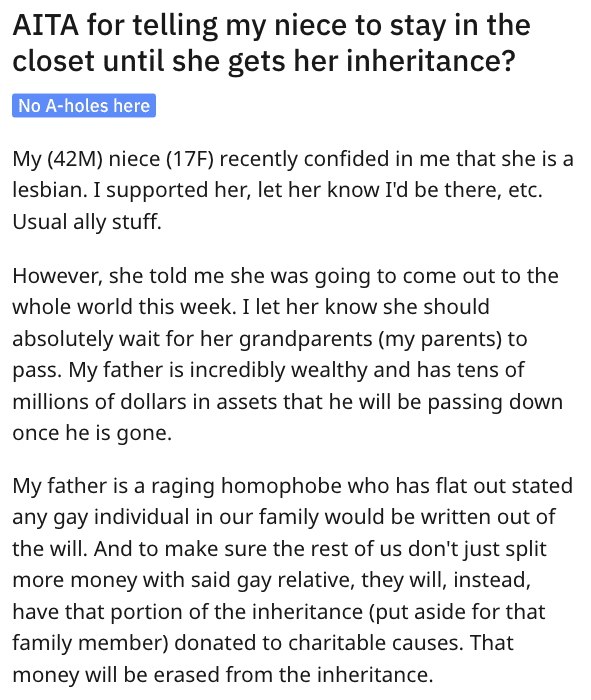 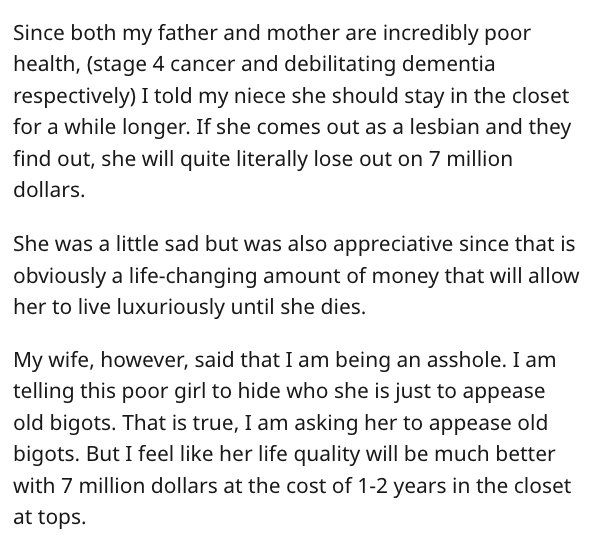 There is so much to unpack here, wow. Redditors had a lot of thoughts on this story.

One person chimed in to say that s/he didn’t come out to the grandparents because it was just easier that way: 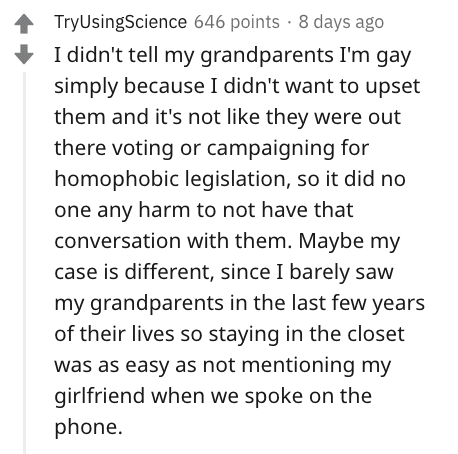 One person said it was the ultimate ethics question: 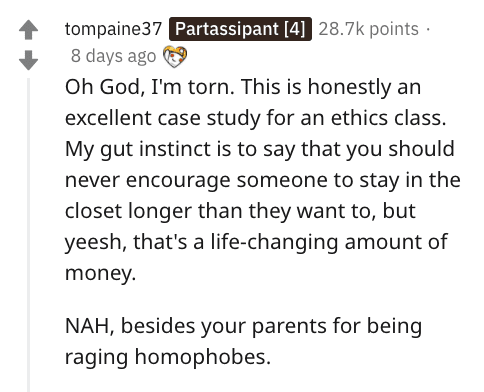 Others thought it was a no-brainer: 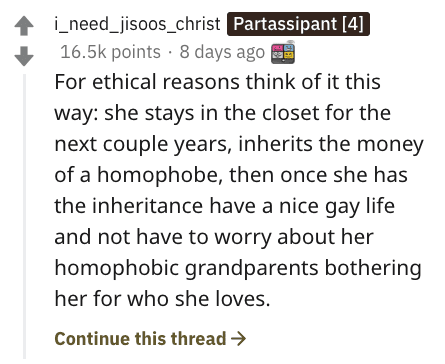 One commenter pointed out that the niece can still be out to other people: 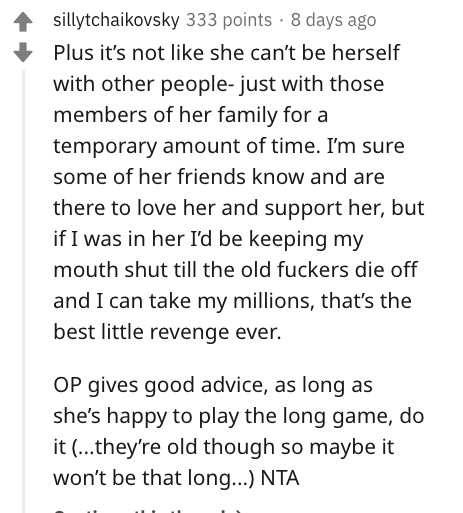 And one lesbian commenter chimed in that she’d gladly go back in the closet for that sum of money:

Money is the ultimate motivator, but just how far does that go? I guess it’s a personal choice for this man’s niece, who will have to do some deep thinking. Plus, when you’re 17, everything seems like a big deal!

What would you have done in this situation? What advice would you give to a relative in the same boat? Would you encourage them to be themselves, or simply wait it out and take the inheritance?