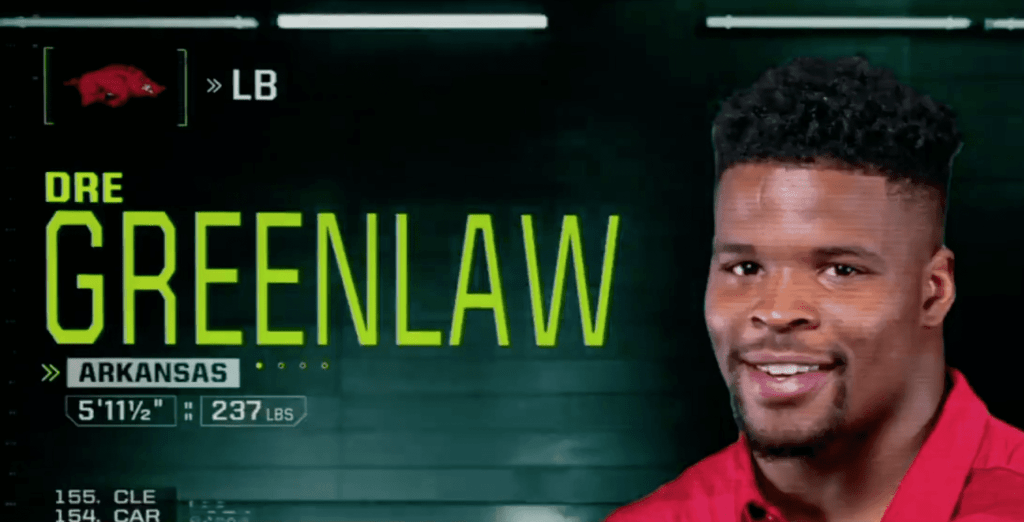 Dre Greenlaw is known as a remarkable athlete.

He was a star player in football, then earned accolades as an Arkansas Razorback. Even though he was out with a few injuries, he had earned an impressive record during his college play, making as many as 103 tackles in a single college season.

What are the @49ers getting with @DreGreenlaw?
“A playmaker, a guy who has played at the highest level of the @SEC.”
Sounds about right ? #ProHogs pic.twitter.com/vHeX7mjE97

Greenlaw was clearly destined for great things, which is why it’s all the more remarkable that he stood up for another student who was in danger, even when the cost could have been great.

After Greenlaw was drafted by the 49ers, Gerry Daly took to Twitter to tell his story:

Dre Greenlaw was drafted in the 5th round by the SF 49ers. I want to tell you a little story about him.

Thankfully, that’s not exactly the case.

My daughter went to a college party when she was freshman. She knew very few people at the party, and also didn't have a ton of experience drinking.

Someone slipped something into her drink when she wasn't paying attention.

She did something a lot of college kids do: she went to a party.

Unfortunately, someone preyed on her vulnerability.

Dre was also a freshman. And he knew my daughter from high school. And he did *not* know the guy who was all over her.

Fortunately, Dre was keeping an eye on his high school friend.

And when that guy tried to steer my daughter out the front door, he stopped the guy and said "she's not going anywhere."

Dre knew that Daly’s daughter was in trouble.

He could have looked away, but he chose to stand up for her.

He was a starter on the Razorbacks. His place was not secure. He was underage and at a kegger. He wasn't drinking, but if there was a fight he was risking getting thrown off the team. In some ways, he was risking everything.

He could have lost his career.

He did the right thing anyway.

Daly had been reluctant to share the story out of concern for Dre’s reputation.

I didn't ever tell this story, because maybe someone would say "oh, he shouldn't have been at that party." Maybe not. But he had my daughter's back, and for that I will always owe him.

So, do me a favor. Root for Dre. He's a good kid with a good heart.

Dre looked out for a friend. He saw she was vulnerable, and he stepped in to help. He set an example all men should follow.

I’ll be rooting for Dre, and I hope all of you reading this will too!