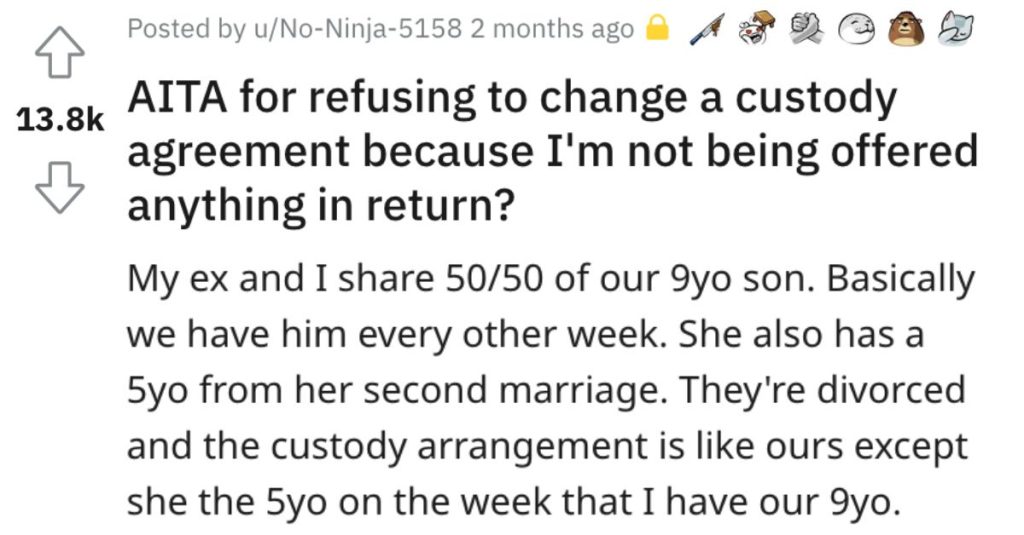 What am I getting out of this…?

When you ask that question, you know there are going to be some problems…

Let’s see if this father is acting like an a**hole in regard to his ex and their custody agreement.

AITA for refusing to change a custody agreement because I’m not being offered anything in return?

“My ex and I share 50/50 of our 9yo son. Basically we have him every other week. She also has a 5yo from her second marriage. They’re divorced and the custody arrangement is like ours except she the 5yo on the week that I have our 9yo.

Her second ex husband refused to work around our custody agreement so my ex asked me to change ours. This is a huge deal and the reality is that I cannot just sign off it. If I just say okay then she’ll start asking for more accomodations at my expense.

I told her to think about what she’s going to offer me to go along with this plan. She got mad that I just wouldn’t just do it. Honestly if she would had offered me something like an extra holiday then I’d go along with it.

She even said that she wasn’t going to pay my legal fees because a judge has to sign off any custody changes in our state.

One reader said this guy is a HUGE a**hole. 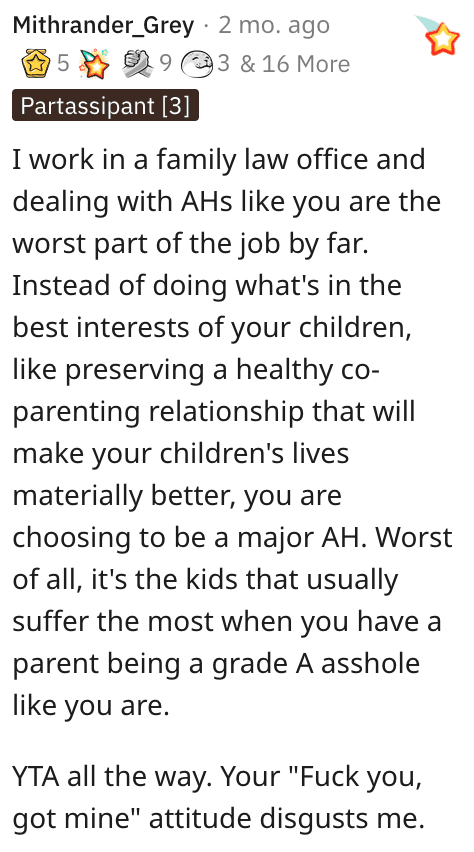 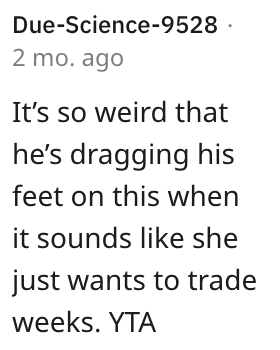 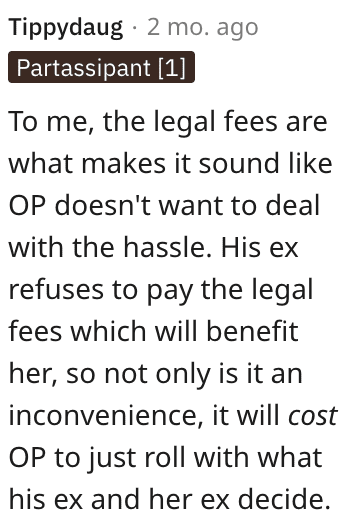