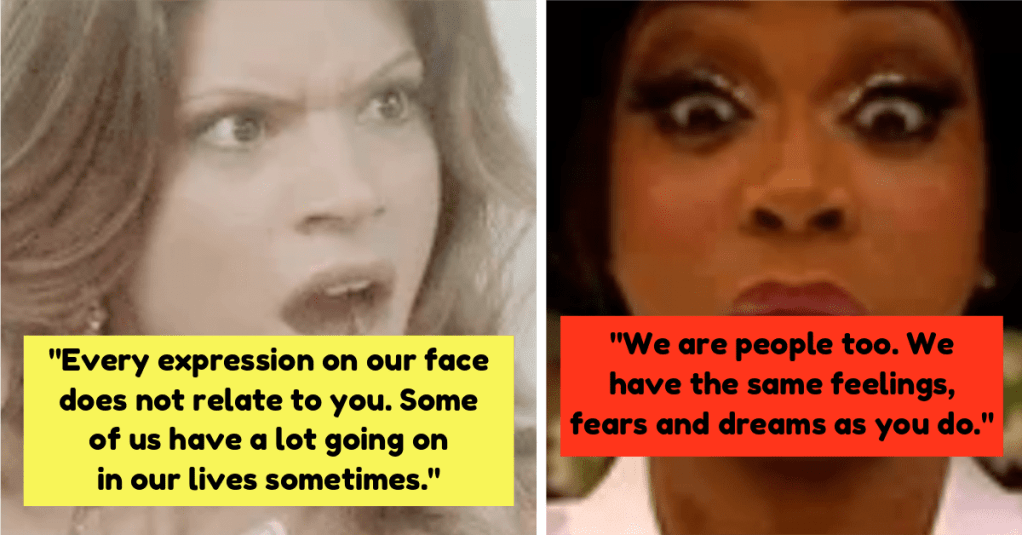 Men, What Do You Wish Women Knew About You? Here’s What Guys Had to Say.

Ladies, let’s have a talk. The guys have some things to share with you.

What as a guy do you wish girls knew? from AskReddit

Fellas of Reddit, chime in on your topic of choice.

We need just as much support as you do, it’s always a shock when a guys kills himself until you look back at all the subtle cries for help.

We’re screaming on the inside and we need someone to let us know it’s okay.

All the hurtful things they say and do don’t just magically disappear from men’s memory.

We have feelings too; and s**tting on a man for being honest with feelings as not being manly is not only cruel but also highly ironic considering there’s a constant yearning for men with emotion.

If I’m laying in bed with someone, just enjoying the moment together, I should be able to just enjoy the moment and let my mind drift to wherever it’s going.

If you want to talk about the future of the relationship or something, that’s great and we can do that if you start that conversation, but if you ask me out of the blue what I’m thinking about, and I say Bolbi’s “Slap slap slap” song from Jimmy Neutron, then you shouldn’t get mad at me just because it’s not the thing they wanted me to be thinking about!

Just tell me you want to talk about the relationship and we can do that!

That after a man ejaculates, there is a period that they lose their s** drive and they literally can’t get an e**ction.

This can be anywhere from a few minutes to a few hours.

We are people too. We have the same feelings, fears and dreams as you do. Our way of expressing ourselves may be different than yours but we still experience the same range of feelings that you do.

Please don’t treat us as something less than yourself. We feel just as much as you do and we express it differently.

We can really, honestly, not think about anything.

A man is totally capable of just blankly staring at a horizon with not a single thought in his head.

That when 2 guys talk to each other, they don’t talk about life, hobbies, kids, work, etc.

We just talk, and we don’t remember what we talk after it.

Our feelings are just as valid as yours, and shouldn’t be held against us.

My fiancée and I are in the process of planning our wedding, and she consistently gets irritated with me because I don’t get as excited as she does. I’m sorry, I do want to marry you and I am excited, but I find it really f**king hard to jump up and down about picking out flowers and centerpieces.

Just because you have been planning your Disney wedding since you were a young girl doesn’t mean dudes do the same, and getting p**sy with me because I am not mirroring your emotions exactly is really not cool, and not healthy for both of our mental health and the relationship.

9. This one specific guy…

When we went on that date and I kept you warm on that bench and you rested your head on my shoulders.

And afterwards we kissed and said goodbye…I still wasn’t entirely sure you were into me and I’ve been thinking about how dumb I am for the last couple of days.

That sometimes a hug or nice compliment can mean a lot. We can ride that wave for quite a while

If you’re throwing signals at a guy, and he’s not catching them, it might not be because he’s so dense he doesn’t notice them. It might be that he does see them, but his self-esteem is so low his internal dialog talks him out of believing you are interested in him in a romantic or s**ual context.

Throwing more obvious signals doesn’t overcome that. If knowing his self-esteem is that low isn’t enough for you to lose interest, be direct. That doesn’t mean ask him if he wants to “have coffee” or “get a drink” with you, as either of those leave wiggle room for misinterpretation. Ask him out on a date (specifically say “date”), so there is no mistaking your intention.

The worst thing likely to happen is that he’ll say no. Which does sting, but not like spending a month throwing hints he never responds to.

That every expression that crosses our face, does not relate to you.

Some of us have a lot going on between the ears and we’re trying to make sense of it.

It’s not you. It’s many things, from lifestyle and diet to stress and anxiety. And just getting older.

Please try not to take it as a sign of lack of attraction or affection. Sometimes it just happens.

case and point, my Ex was sat at home and i was going to the local shop

“hey, do you want anything from the shop?”

she got mad because i didn’t buy her anything….

I am perfectly happy sitting in silence/playing video games for a few hours at a time on a weekend morning/night and it doesn’t mean I’m mad at/ignoring you/don’t want to spend time together.

Ya boy is just trying to chill

I know f**k all about my mates. I don’t know what they’ll do in the future, I don’t know that much about their romantic life. They don’t know anything about me.

Sometimes guys spend time around each other and don’t get too mixed up in the past or the future. This concept blows my sisters mind.

Most dudes get them so infrequently that when it does happen, there is a part of them that wonders if it was genuine…or if they are just giving them a polite and/or pity compliment

This often leads to an awkward/unenthusiastic response to said compliment

It never occurs to most guys to just say “Thanks!”

18. It’s not under our control

An e**ction is a non-voluntary muscle reaction, with or without stimuli.

Only a selected few have mastered the ability to manually command their boners to stop being e**ct.

girl: I’m dropping so many hint! Why doesn’t he get them?

boy: I think girl is dropping hints but I’m not sure I want to risk my friendship and embarrassment so I’ll just ignore them.

We want to be seen as s**y, beautiful creatures. Many of us want to be pursued also, to feel like we don’t have to always motivate women into wanting us.

Nobody should be the designated initiator 100% of the time.

When we say we’re thinking about nothing, the majority of the time it literally is just nothing or ridiculous scenarios that we make up that sound stupid when said out loud

You know that complaint that women sometimes have that just because they are polite to you doesn’t mean they’re interested in you?

Yeah, that works both ways. I’m not saying “good morning” because I want to bed you, I’m not holding the door for you because I think you’ll reward me with some nookie for doing so, etc. etc.

I’m doing so because, like you, I’m a decent human being and am being polite.

I want physical affection outside of s**. Maybe it’s just the women I’ve been with, but no one ever hugs me, rubs my back, or plays with my hair.

And I do that stuff for you ladies all the time.

Sometimes I just want you to walk up to me and hug me.

Part of the reason I ask for s** so often is because i feel physically lonely and it’s the only time I get to feel the touch of another human being.

We aren’t unemotional, we just may not show it as often.

It hurts when I’ve had to hear from my mother or sister say things like “you’re a guy, you aren’t good with your emotions” or “you don’t understand being emotional”.

I do. I absolutely do.

Saying things like “I don’t understand” in such an arrogant, condescending tone only makes me want to show them less.

Days off are for resting. I’ve dated a lot of women who heard I had 2 days off work and took it as an invitation to make plans for us.

Like yeah I appreciate that you put all this effort into planning our time together but sometimes I’m just burned out and need like 2 days of just sitting home in my underwear watching tv.

Oh! Post-ejaculation-clarity. Immediately after ejaculation our brains are not flooded with s** chemistry. So there’s a window upwards of ten minutes (though usually much faster) where we don’t really have a s** drive. It’s a weird feeling.

Don’t get mad but instead use your womanly wiles and lures to entice us into cuddling.

Even without s** drive in those very fleeting moments a hug is always nice.

If something isn’t ok, just tell us. Otherwise assume everything is running just fine with you.

Now that that’s clear, let’s all get a beer.

What would you like to make clear to people about yourself?