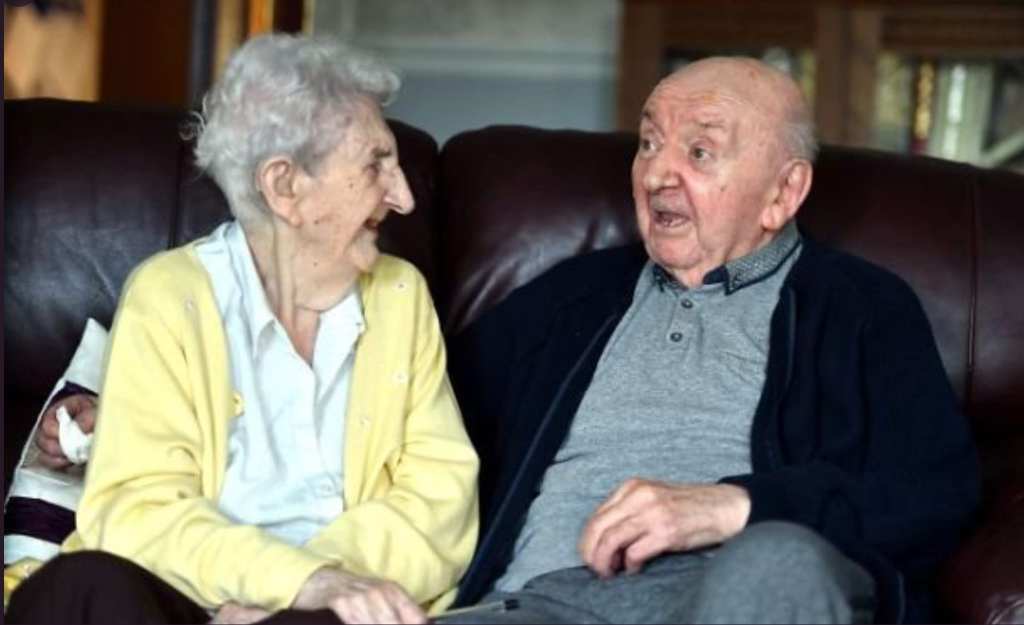 Mom, 98 Years Old, Moves Into Same Nursing Home as Son to Help Him

One 98-year old woman shows you’re never too old to need a mother’s love and care. One mom made the news when she left her home to move into her 80-year old son’s nursing facility to take care of him.

Ada Keating couldn’t bear to be separated from her son since they had lived in the same home all of his life.

In 2016, Tom Keating had to move into the Moss View care home in Huyton, Liverpool, when he needed more support due to his age.

The next year, Ada, decided she needed to be there to help him too. So, she packed up and moved in. They spend each day together watching television and playing games.

The duo are originally from Wavertree, Liverpool, and have always been close. Tom never married and he and Ada have lived in the same home all this time.

Ada’s daily routine starts with telling Tom “good morning,” and then ends with a “good night.”

She told the Daily Mail,

“When I go out to the hairdressers he’ll look for me to see when I’m coming back. When I get back he’ll come to me with his arms outstretched and give me a big hug. You never stop being a mum.”

Tom is the oldest of the four children Ada and her late husband Harry raised. He had three sisters growing up and he worked as a painter and decorator until he retired. Ada was a nurse before she retired.

In one of the homes for the elderly Liverpool lives 98-year-old Ada Keating (Ada Keating) and her 80-year-old eldest son Tom. pic.twitter.com/n69XSmgK85

Family visits them regularly—sometime five generations at once—and they are so happy Ada and Tom are at the home and receiving excellent care in their time together.

It’s as Ada says. Motherhood is for a lifetime.