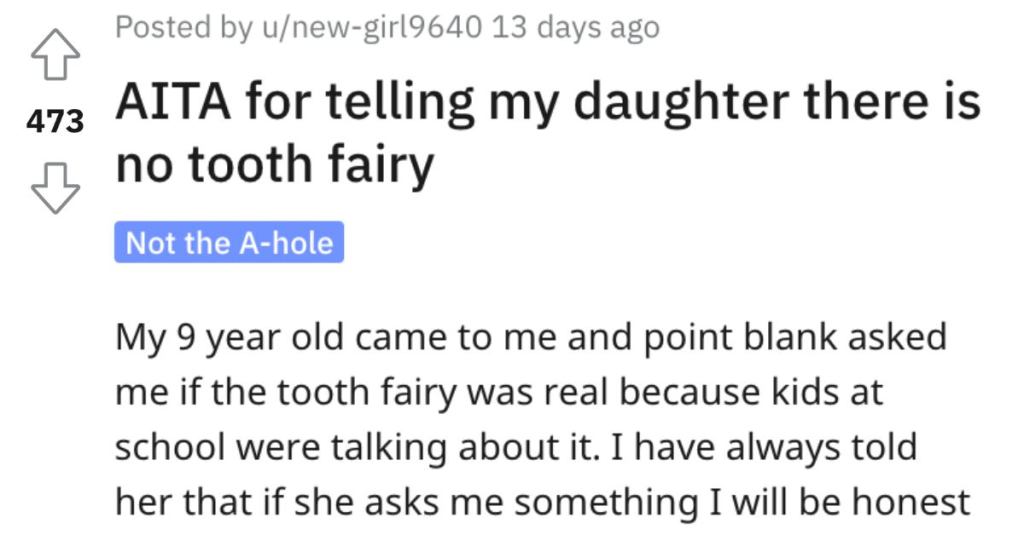 I guess every kid has to learn the difference between fantasy and reality at some point.

But what happens when you catch some flack for setting the record straight with your kids about that kind of stuff?

Check out this story from Reddit’s “Am I the A**hole?” page and we’ll see you in the comments!

AITA for telling my daughter there is no tooth fairy?

“My 9 year old came to me and point blank asked me if the tooth fairy was real because kids at school were talking about it.

A couple days later I received a text from her step mother telling me that I ended my daughters innocence and belief in magic and that when we co-parent we need to discuss things like this.

She said she is deeply saddened that they now have to talk to my daughter about it so she wont tell her siblings at their house. I told her that I don’t always have the option to message them in the moment and that we did discuss her siblings.

For context she is with me and my husband 80% of the time and with her father and his wife the remainder. She also has younger siblings in both homes.

AITA for telling her without talking to her father first?”

This reader said that this woman is not the a**hole and the stepmom needs to back off. 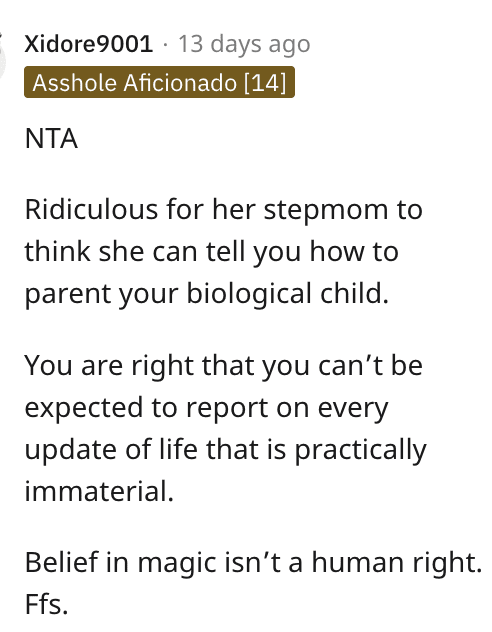 This reader agreed that the daughter is the right age to learn about this and the mom did nothing wrong. 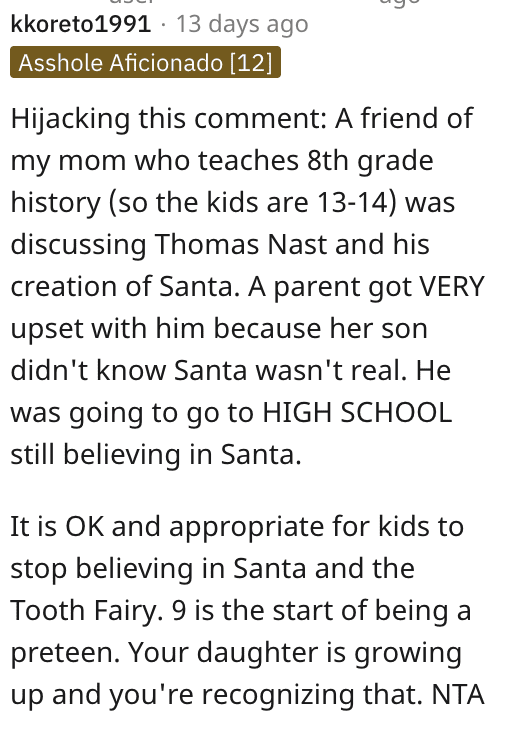 And this person said that this woman is NTA and that her solution to this issue was pretty good. 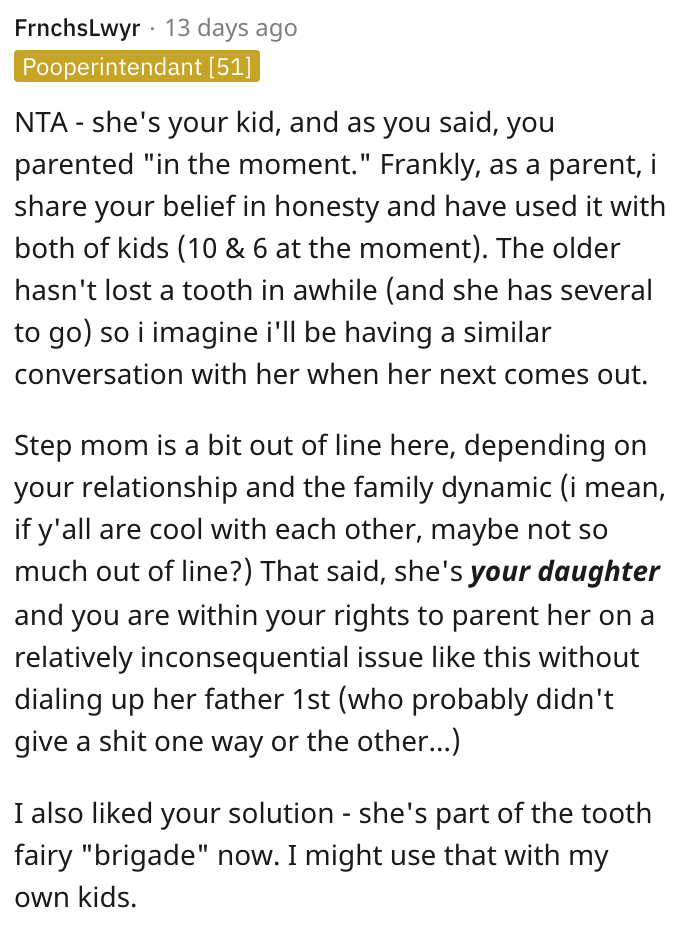