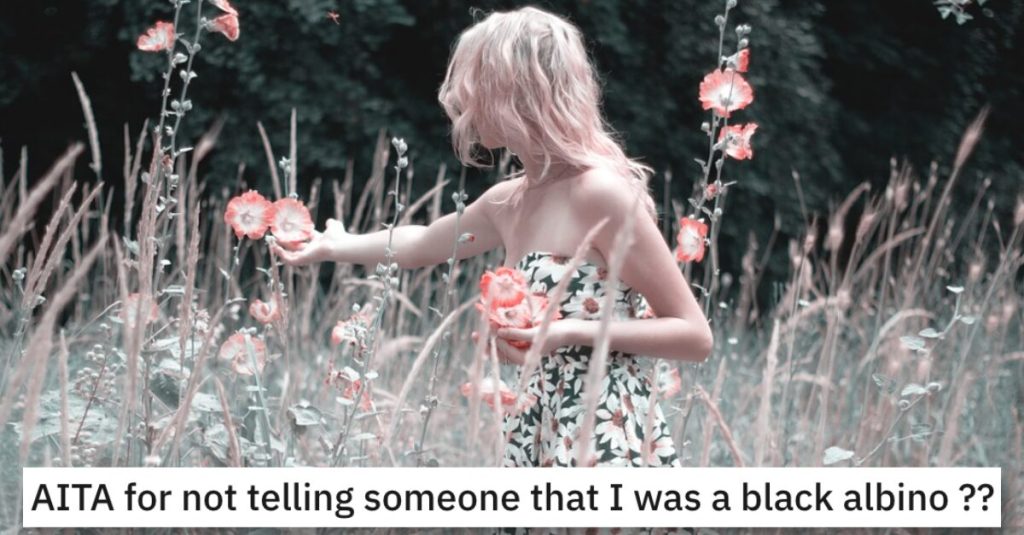 People sure do get fired up about cultural appropriation, don’t they?

Which is understandable, but I think we can all admit that every situation is different…and here’s another one for you to read and consider.

Check out what this young woman had to say and stick around to see how other readers reacted.

AITA for not telling someone that I was a black albino?

I don’t have many “black” features to my dismay other than my curly hair which I keep up in a braided mohawk so you can’t really tell when looking at me but I’ve never once tried to hide my ethnicity I wear cultural clothing all the time most of which belonging to my father’s mom who unfortunately passed before I was ever able to meet her.

Now onto the conflict, I hang out with a group of people who are mostly all different ethnicities one woman however who I’ll call “b” who is black doesn’t seem to like me and kept making comments on my hair and body as I’m on the curvier side she will constantly call me a “black fisher” and constantly implies that I’m culturally appropriating.

I’ve tried to tell her I’m not white but she doesn’t listen and I’m used to it tbh so I just stopped and started ignoring her, recently however something happened and now several of my friends are mad at me and claiming I set up the situation to humiliate B which just isn’t true, essentially what happened was B was being rude about me yet again and she even made a comment about how I’d never find a gorgeous black man who wouldn’t “look right thru me” whatever that means.

And as an example she pointed at a coffee shop across the street from us where a man was walking into the shop except it was my cousin so I got excited and called him over and hugged him and he asked if I was coming to our other cousins birthday party and I said I would.

That was it he left after that and when asked how I knew him I explained that our fathers were brothers and he was my cousin and I thought that would be that but apparently B felt like I had humiliated her because apparently she had been trying to get my cousins attention for months and he didn’t even recognize her when talking to me she says I should have told her my father was black instead of “playing mind games”.

IDK what exactly I did wrong and was wondering if I’m the a**hole here I feel bad because B genuinely seems like a lovely women she’s never rude to anyone except me maybe a little insecure but she’s not a bad person and I don’t want her to feel humiliated.”

This reader said this woman doesn’t owe anyone a family history. 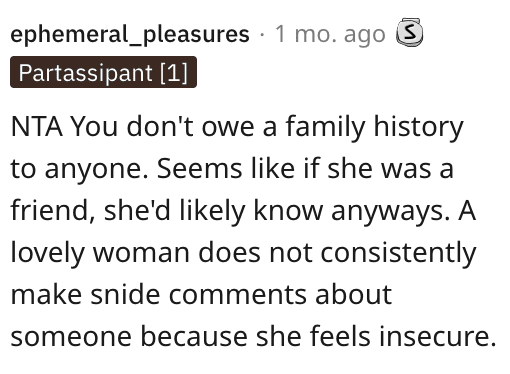 And another individual said she also doesn’t owe a medical history. That’s right! 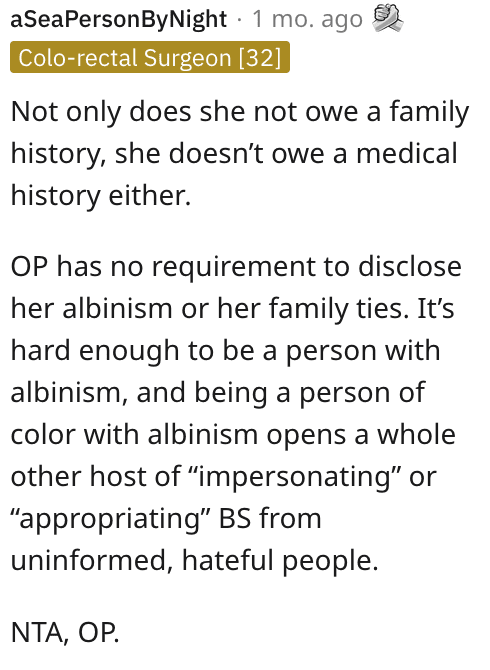 And this Reddit user thinks that the woman who wrote the post needs to be kinder to herself. 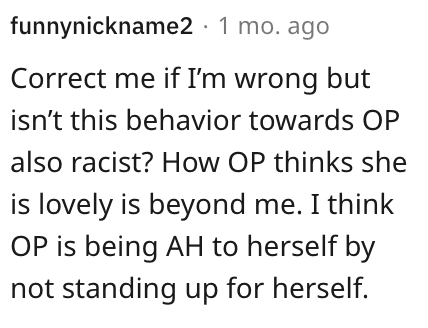