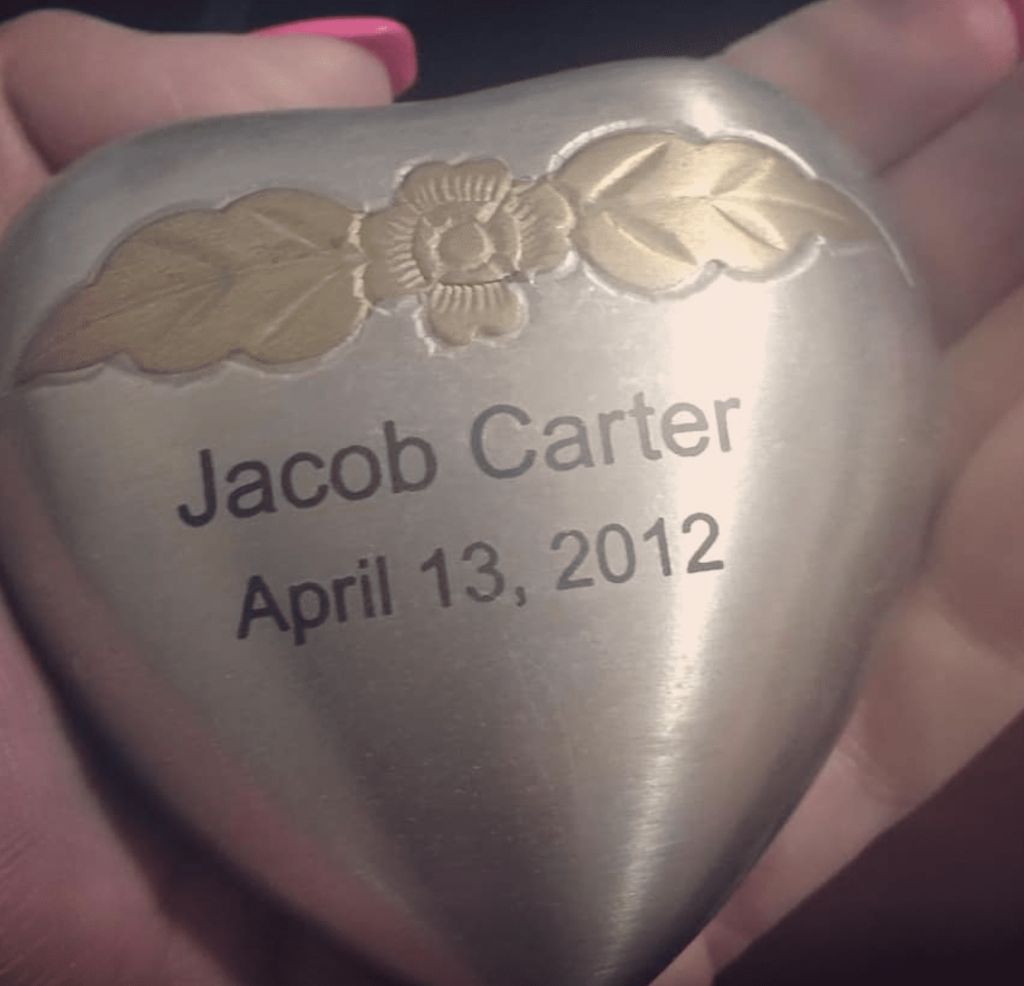 A Washington mother is left devastated after she discovered thieves had broken into her home and took her son’s urn, along with some of her jewelry.

Melissa Carter took to Facebook with an appeal for the return of her son’s ashes, saying she didn’t care about the jewelry. The ashes taken during the burglary belonged to the boy she lost when she was six months pregnant with him.

Carter told TODAY the crooks broke the window in her other son’s bedroom and ransacked the house.

My living room was still kind of chaotic from Christmas, but it appeared nothing had been touched.

I immediately realized someone broke into my home.

She called 911, then assessed her home for missing items. That’s when she saw her gutted dresser and wooden keepsake box. “The urn of my son, Jacob, was in there, along with all of my jewelry, and I noticed that the lid was off. All but a couple small necklaces were gone, and so I start looking around, trying to see if maybe someone realized it was an urn and dropped it, and I couldn’t find it anywhere.”

Carter hopes her plea will reach anyone who knows the location of this precious urn and is willing to return it.

I’m a single mom, and I’m doing my best to raise my son, but I’m also grieving the fact that somebody stole something so precious to me.

It’s been really hard trying to be really, really strong for my son, but inside, I feel so broken right now. My son, Mason, he’s been sleeping with me every night. I have a lot of family and friends and an amazing boyfriend who has been staying with me because I’ve just been absolutely terrified.

I don’t care about the jewelry. I just care about that urn, and I don’t even — if somebody could come forward, drop it off somewhere, something, so I can get that back — that’s all I care about.

Currently, there are no leads on who could’ve done this. Police investigators have only been able to recover a single fingerprint.

“I am a realist and an optimist, but I will never give up hope that someday, Jacob’s urn will find its way back to our family.

We are a strong family, and there are so many wonderful people in this world that have reached out.”

Carter and her son have struggled since the break-in. But, they faithfully look forward to the return of Jacob’s ashes back to their little family.

With thousands of shares and comments of outrage and sorrow, her post can reach the right person who will do the right thing!