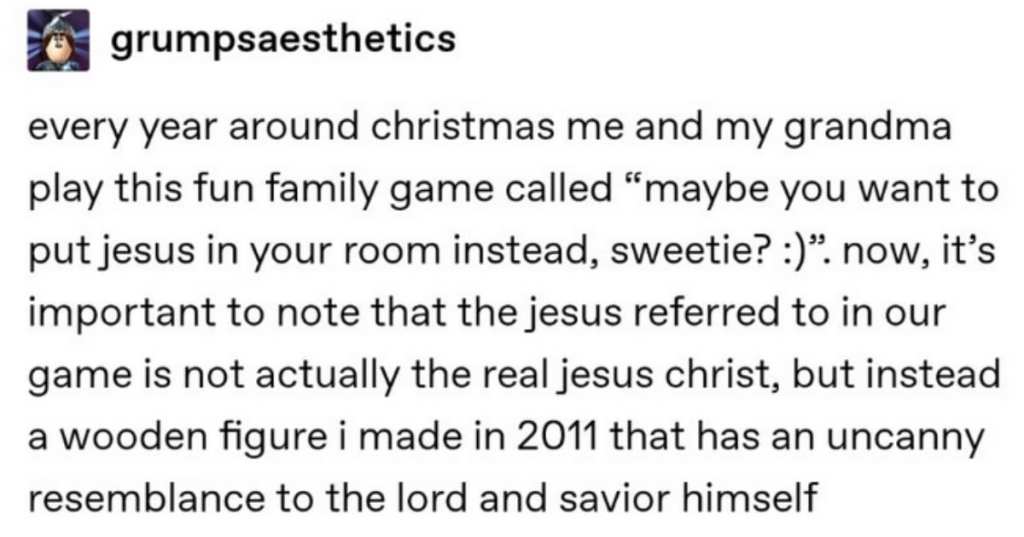 Most families have some kind of family traditions.

Nowadays people do things like Elf on a Shelf or “how many inflatable ornaments can we fit on the lawn?” And then there are the slightly unique traditions.

Tumblr user grumpsaesthetics originally posted a thread about the game they have played for about ten years with their grandma. 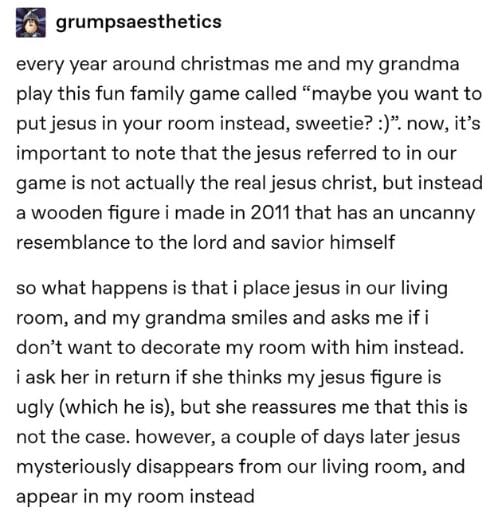 NGL, and I’m not calling my own grandma passive aggressive here, but this totally feels like something she might have done.

Grumpsaesthetics makes it clear that while she never copped to it, only grandma can be the culprit. 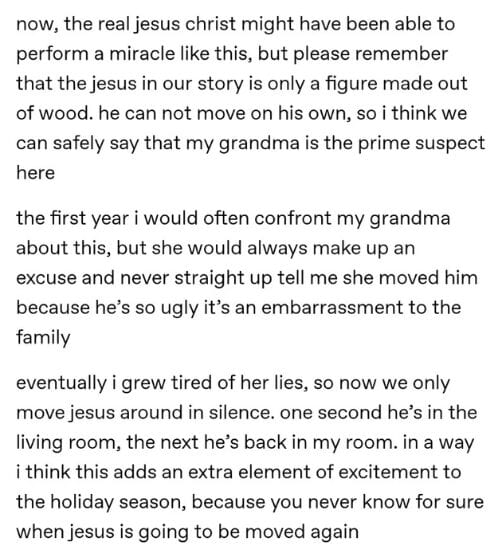 And then came the grand reveal.

Grumpaesthetics shared a photo of the great monstrosity, which I actually think is pretty cute, and I can totally see my mom leaving on the mantle based on the Girl Scout paper craft angels that she still sets out every year. 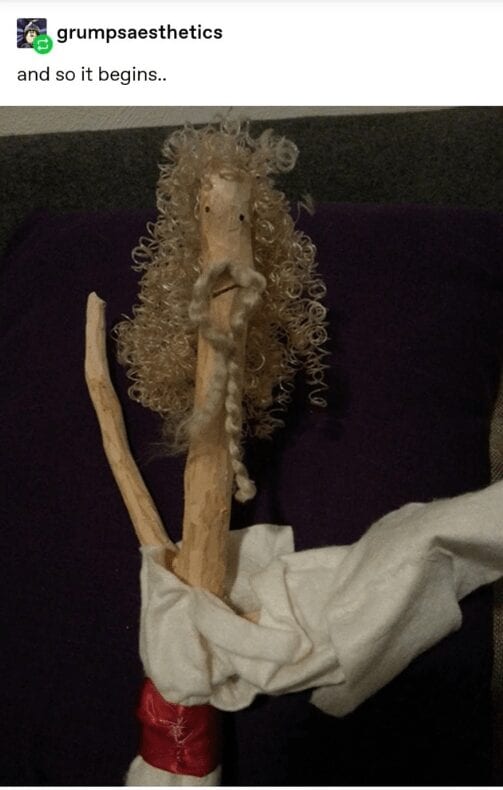 Tumblr users’ reactions to the photograph were a lot like mine. (And yours?)

Imgur users, where the thread was later reposted, were similarly appreciative.

One user called it “an uncanny resemblance.”

With a third calling it a gift:

One user even offered a suggestion for how to get even with Grandma:

But like, you know, only if Grandma has a strong heart.

What do you think–hilarious or sacrilegious? Let us know in the comments.