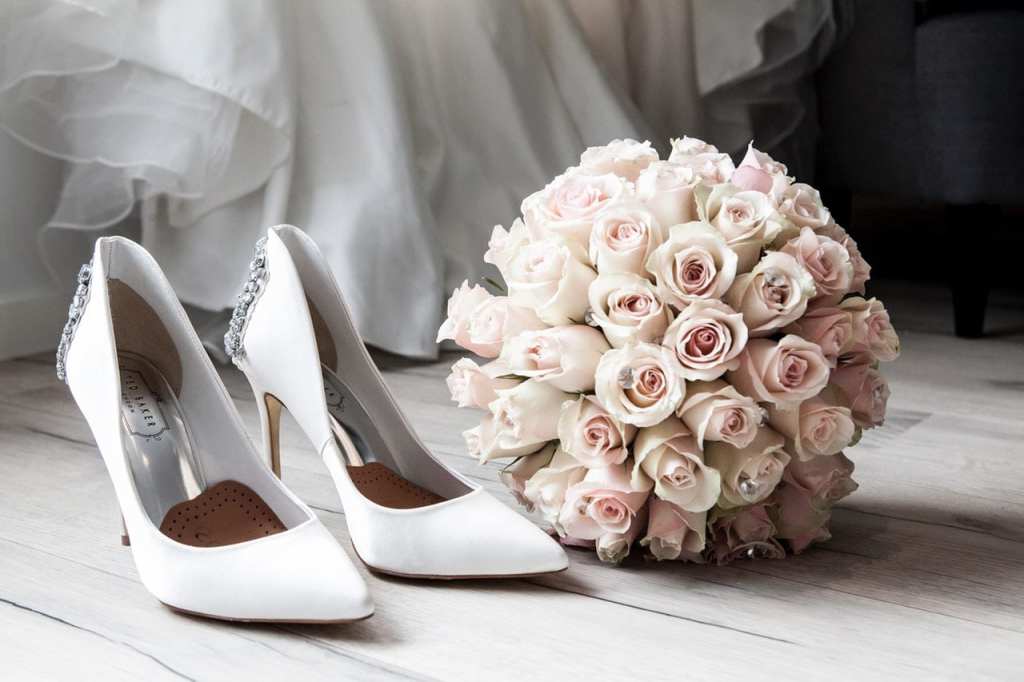 Weddings are always fraught with drama. There’s a reason why couples get extremely stressed about their big day!

One woman made the decision to have a “child-free” wedding, which caused some fallout with a friend. As such, the bride decided to go on Reddit’s “Am I The A**hole?” community and describe her situation for some community input.

The OP laid it all out and explained the situation. They and their fiancé have been planning a wedding that would be adults-only. The wedding had been getting closer and one of the bridesmaids became angry about the OP’s stance. Drama then ensued.

AITA for not allowing babies at my wedding from AmItheAsshole

Turns out, a lot of people thought the bride was within her right to have a child-free wedding. She got a lot of support from commenters.

One person said the following:

And here was another supportive answer, along with a possible suggestion for a good compromise: 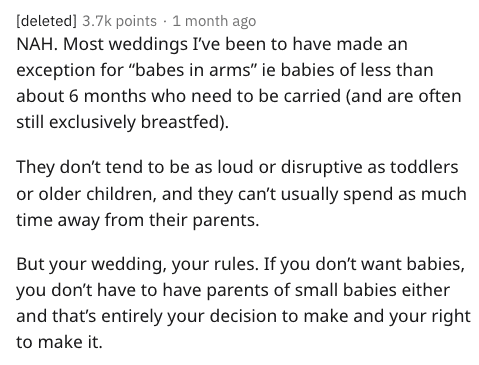 Another comment, BADgrrl even mentioned her personal experience, which was unpleasant even when she offered to pay for a babysitter: 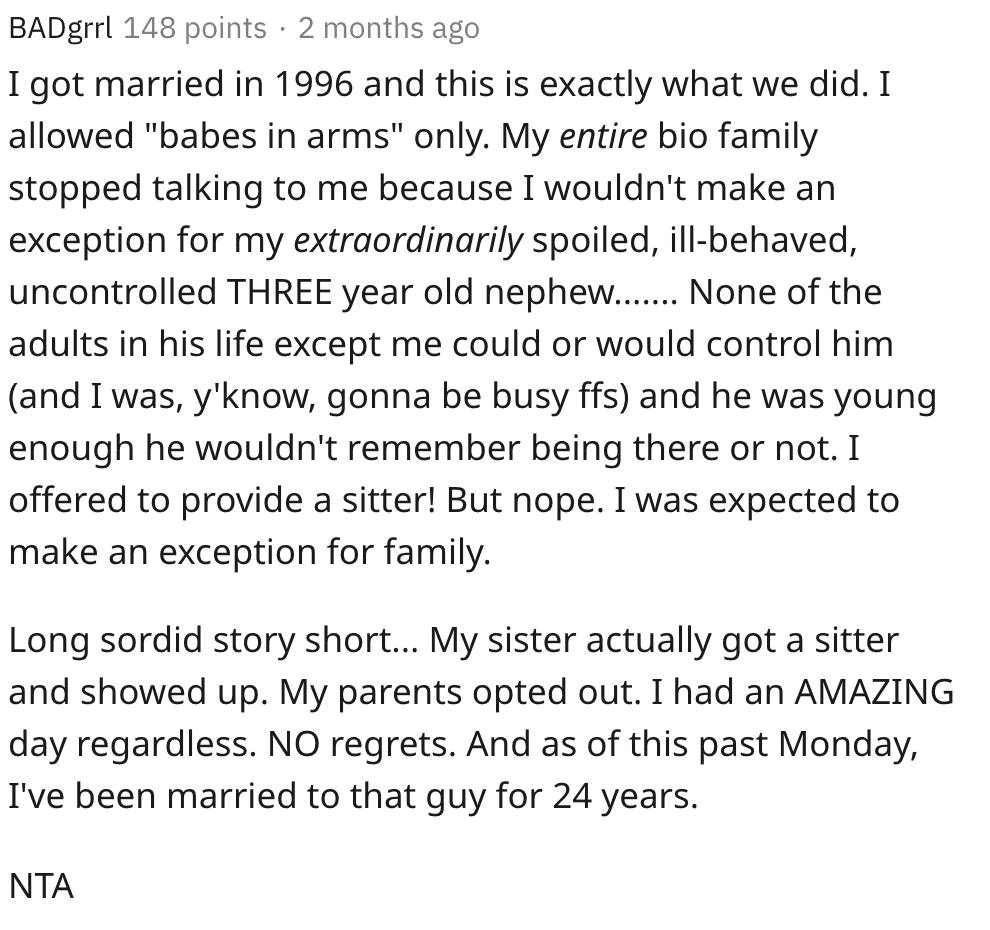 Like any argument, there will always be at least one naysayer. Reddit commenter anoukdaae had this to say: 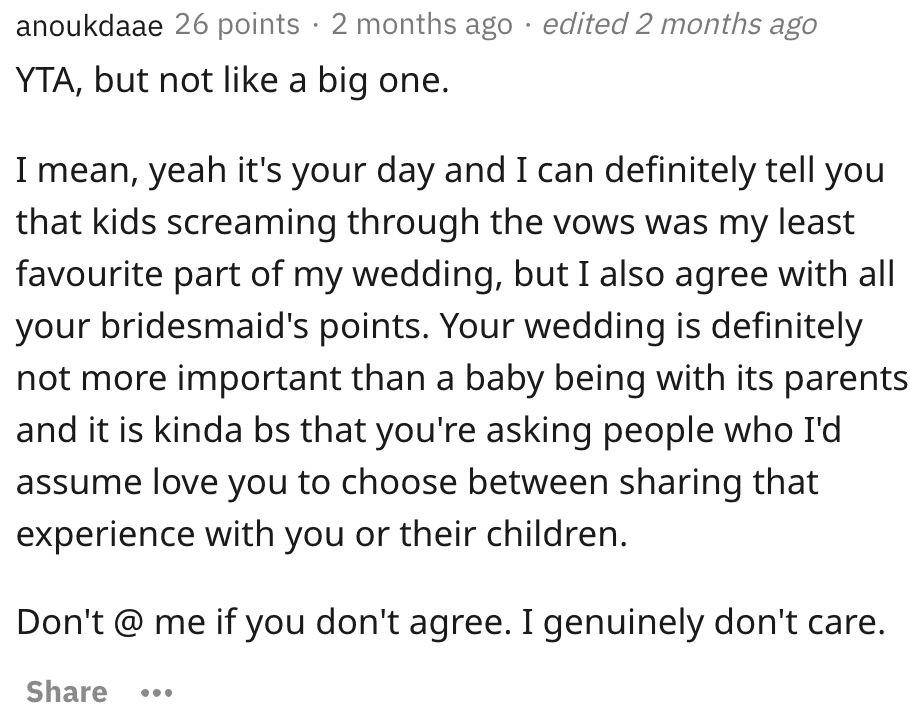 And finally, someone said that this is about trusting the mother to make the best choice.

So there you have it! It’s not easy deciding how to plan your wedding, but it’s okay to choose a child-free experience if that’s what you need.

What did you think of this bride’s decision and the ensuing argument? Do you have anything you’d add in the comments?

No worries! No one will judge you either way!