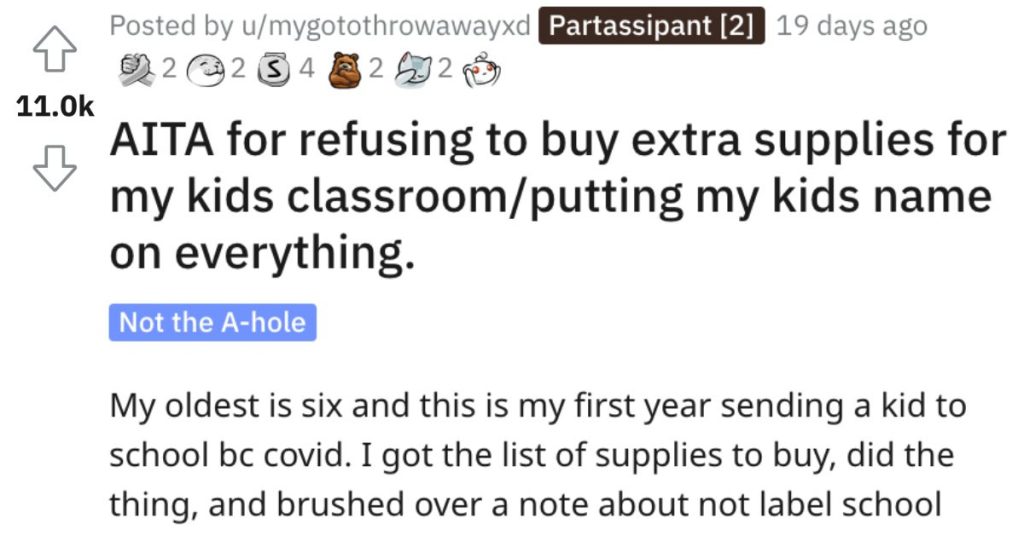 It still kind of blows my mind that a lot of schools don’t get enough school supplies or the proper funding for them.

But that’s another issue for another time…

In this installment of AskReddit’s “Am I the A**hole?”, a person took a stand against buying school supplies for their kid’s classroom and they want to know if they acted like a jerk.

AITA for refusing to buy extra supplies for my kid’s classroom/putting my kid’s name on everything.

“My oldest is six and this is my first year sending a kid to school because of Covid.

I got the list of supplies to buy, did the thing, and brushed over a note about not label school supplies; it didn’t explain why and I didn’t want her to lose the things we bought so I just…did it anyway and didn’t really think much of it.

I also sent my kid to school with a reasonable amount of school supplies, not everything we bought. I gave her a few pencils, not the whole box, that kind of thing.

First day I got an email about not labeling school supplies because the kids share them, and about sending the entire amount of supplies in so that the teacher could ration them out as needed.

Daughter was upset that night because we spent a lot of time buying color coordinated notebooks/folders for her like I do (I’m in college) and she was excited to be like her mom in class.

The teacher took the notebooks and folders (I sent six each) and gave her two new ones.

I emailed the teacher back and said I don’t mind buying extra supplies if a child doesn’t have any, but I want the stuff I bought for my daughter to be returned to her. We picked it out together and she was excited to use them.

She worded it more tactfully but that was the gist. Daughter says “her notebook” (she had a favorite) went to a boy who didn’t want it anyway because it was bright pink. She’s a little possessive of her stuff, sure, but she’s six and it’s her first year of school and I’m just not seeing the point of this? My kid had school supplies in the first place, she didn’t need other kids’ stuff. It sounds like everything just got pooled and shuffled.

I emailed the teacher back again and asked can I come pick up the school supplies I bought for my daughter, I’ll swap them with new stuff, and she can just use them at home. Teacher said no because someone else is already using them.

My daughter’s frustrated, it sounds like the teachers frustrated, I’m frustrated, and I just want to repurchase the notebook she liked and be done with this. Maybe that makes me a bad mom, but it’s September and I’m picking my battles.

I’m petty, I don’t like being told how to parent, and I’ve never had a kid in school before (outside preK). I want to put my foot down and say no, those are her supplies and when she needs replacements I will send them in with her to be used by her.

I feel like it should have been communicated better so I could have prepared my daughter and avoided a lot of headaches; I know she’s had at least two tantrums at school over this.

But I’m also seeing a lot of these tiktocks from teachers explaining this system so I guess it’s not uncommon?”

One person said that kids need to have their own things and that this parent did nothing wrong. 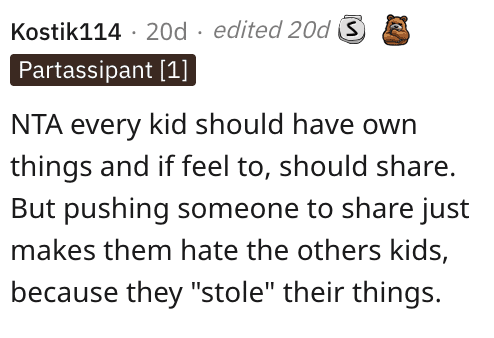 Another reader said they would have felt the same way as this parent. 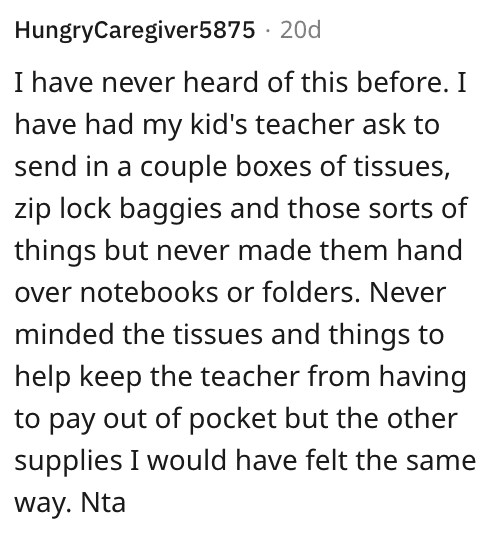 While another individual thought that this parent was teaching their child the wrong lesson with their actions. 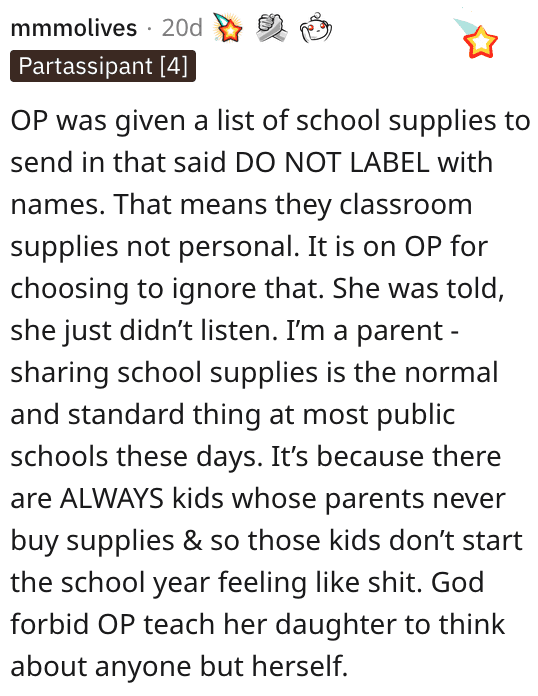 And this Reddit user said that the parent was right in their actions and that kids need to understand ownership. 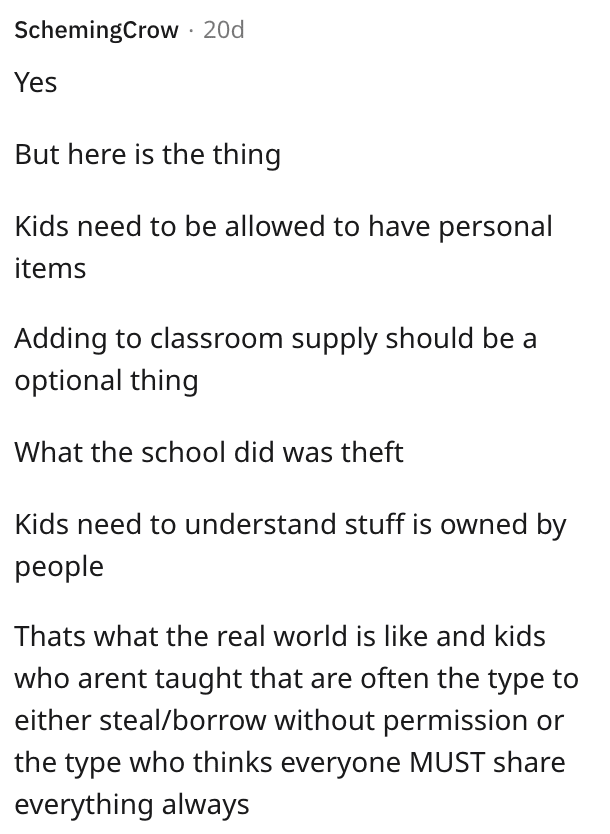 What do you think about what this parent did?