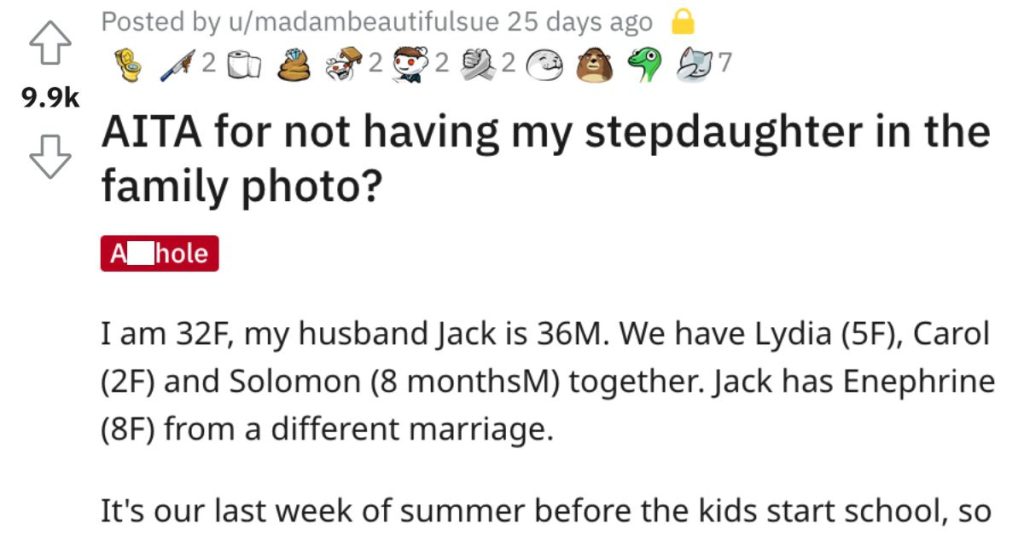 We have yet another story for you from Reddit’s “Am I the A**hole?” page and it’s pretty interesting if I do say so myself.

AITA for not having my stepdaughter in the family photo?

It’s our last week of summer before the kids start school, so we decided to rent a lovely little beach cottage for the week. It’s a common theme in my family to take Christmas card photos while on vacations, so naturally I wanted to take the photos while we were away!

Here’s the problem. Jack is white, but Enephrine’s mom is black and she turned out looking very, very much like her. I don’t care what race she is and love her just the same as any of my bio kids. My parents, however, are pretty r**ist.

I’m limited contact with them for several reasons so they’ve never met Enephrine, but we’re on Christmas card terms. I don’t want to send them a card that Enephrine is on because they will make a fuss about the (certain word with a hard r) child.

So my plan was to take a picture with just me, husband, and bio kids for my parents and a couple other relatives, then have her be in the picture for Jack’s family and our friends.

But when I called picture time and told Enephrine she wasn’t going to be in this picture but the next one, she started to look upset. I did let her take our picture which lifted her spirits, and we got some lovely pictures with her too. We also got some ice cream and she hasn’t been upset beyond that initial moment.

Just like that he went from being understanding to pi**ed. And I guess he said, “she didn’t want you in her picture because you’re black” or something like that to his daughter, and now she’s upset with me too.

I really wasn’t trying to hurt her in any way, I did this out of care and love. But I think I could have done it in a wrong way.

This reader made no bones about it: this woman is an a**hole. 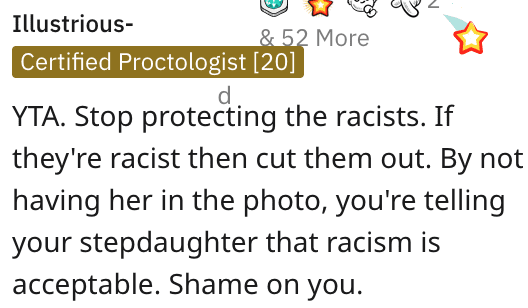 Another person said that this woman seems to be the one with the problem. 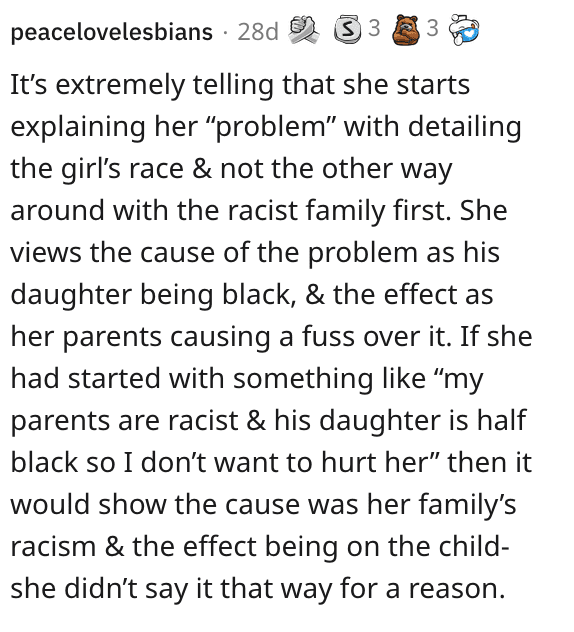 This individual said this woman is clearly a r**ist and her husband would do his kids a favor to leave her.

And lastly, this Reddit user said that sometimes cutting off all contact with r**ist family members is the only way to go. 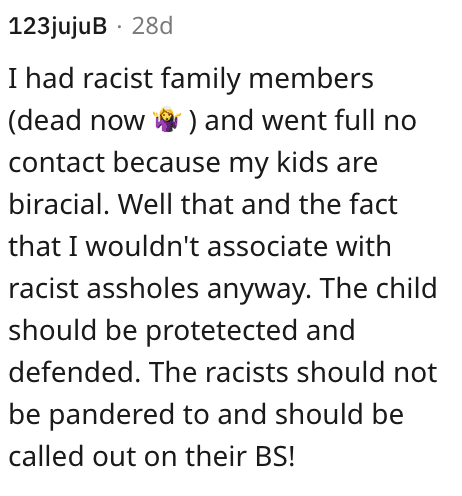