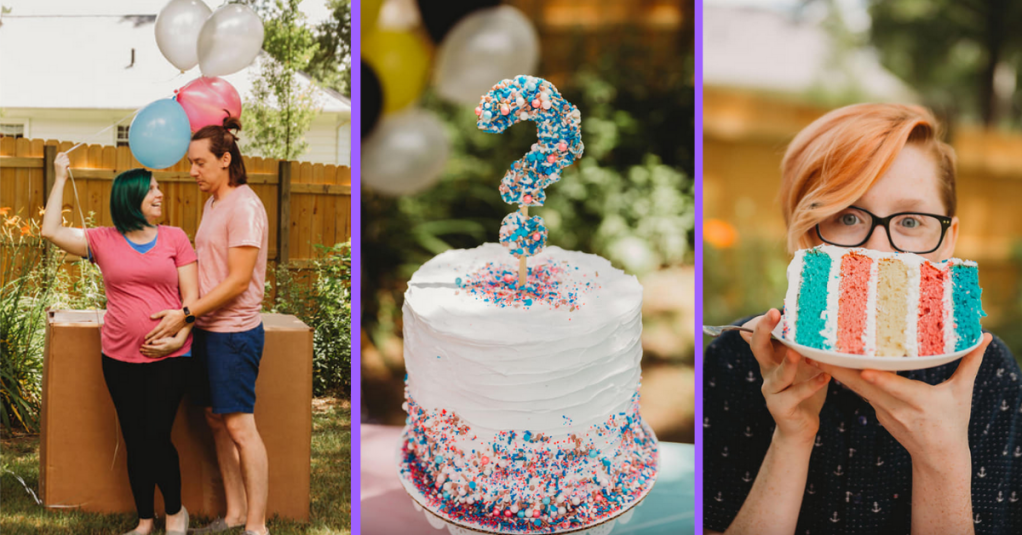 I’ll admit, I’m often late to the party where pop culture is concerned. Like really late to the party. So the first time I ever heard of a “gender reveal” party, I had gone to the grocery store to pick up a cake someone in my office had ordered to celebrate birthdays that month.

I gave the bakery clerk the name on the order, and they said, “Oh the gender reveal?” and I very casually replied, “Should be a birthday cake,” but in the back of my head I was like “WOW! This town has gotten progressive!” Because I 1000% assumed that a gender reveal cake was for a trans person’s coming out.

Then a couple made the news for burning down a forest or something with their baby’s gender reveal party, and I realized that was a thing. But I always kind of liked my original assumption better.

So I was excited to see that I wasn’t completely off base, because it actually happens. 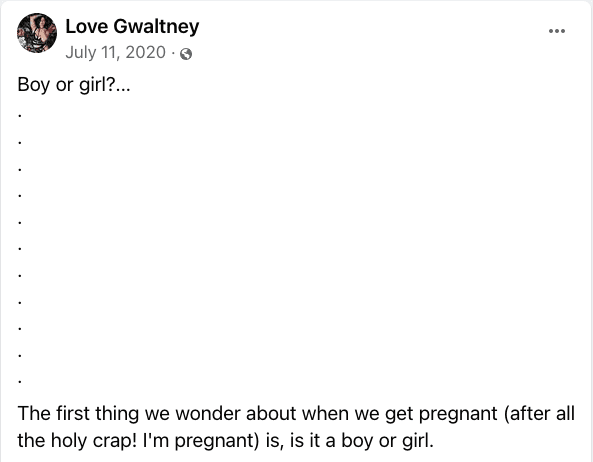 Love went on to explain how the mystery of a baby’s gender can be very exciting, we pick out clothes and names, and that’s all a natural part of having a baby.

And she would know, because she was about to have one of her own.

The twist of her gender reveal post was that she wasn’t posting about the soon-to-be-born child she was carrying, but about about the teenager she’d already raised.

The Facebook announcement was intended to make a difficult coming-out to family and friends a little easier on Grey, to add a little levity to the day and make it fun.

The colors of the balloons we chose for Grey match the Non-binary pride flag, and the cake layers are those that represent Transgender bodies, for those that are wondering.

No, we’re not buying him a lifted truck. Yes, we will be buying him some new clothes. ?

Also, all of you who came to this post hoping to find out if this new baby is a girl or boy, sorry (not sorry) to disappoint you.

The family was overwhelmed by the outpouring of support after they went viral.

They updated the post to comment on a few of the negative responses that they received, which bordered on nobody’s business, but also to express their gratitude to the LGBTQ community:

I also wanted to say, I see all the messages I am getting from the trans community, and am trying my hardest to respond to them.

Just know your stories touch my heart, and that I am responding as quickly as my overly emotional, pregnant, mama bear self will let me. I hate that so many of you in the trans community were not given the love and acceptance you all deserve.

So, may the LGBTQ gods bless you all with fabulous hair and a sassy smile. ? Enjoy your day. Even if this post makes you angry.

The proud mom invited followers to check out her son’s new Instagram and TikTok accounts, where he posts pictures and videos under the handle @redheadedtyrant.

One such video shows that Grey is doing just fine with his new identity, experiencing the euphoria and terror of young love, waiting to meet his long-distance significant other for the first time in person:

Trans visibility is so important in the world today, it’s nice to see parents who embrace and support their child, whatever their decisions.

And bonus: they didn’t blow anything up or burn down any forests in the process.

What do you think about gender reveal parties?