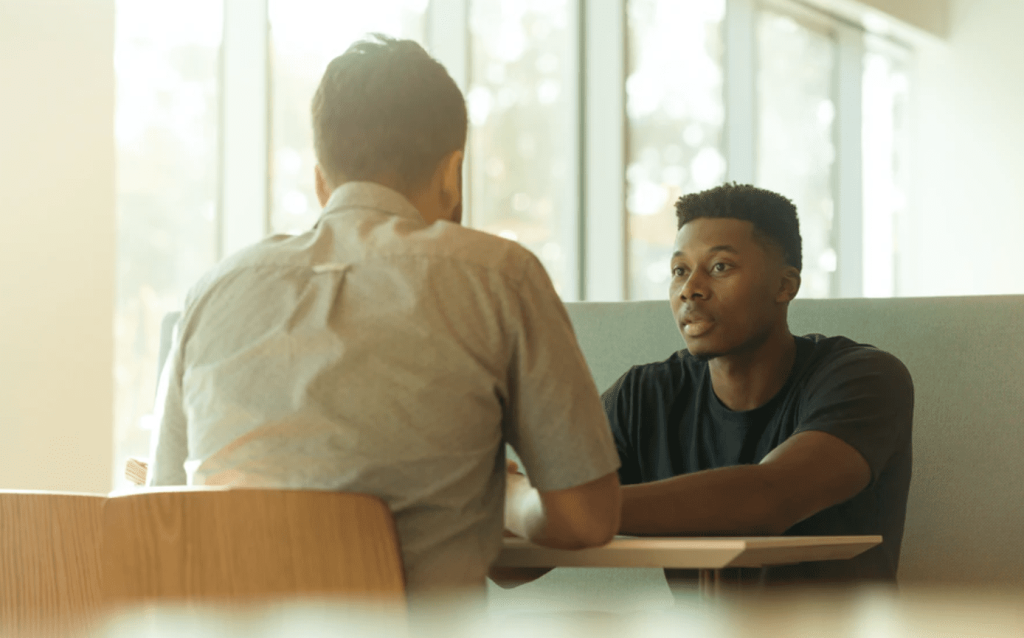 I’ve been in this situation a million times: I get cornered at a bar or a party by someone and they NEVER stop talking and I feel like my brain is gonna explode.

I usually just say I have to go to the bathroom and then I try to avoid that person for the rest of the night.

But there are many other ways you can get out of this conundrum that we all know too well.

Pay attention to these responses from AskReddit users, they might help you out someday.

“Worst case I’ve ever had, I basically gave every verbal cue I knew of, eventually stood up, then stood in the doorway, then backed out of the doorway…. and this dude was still talking.

In the end I just said ‘I’ll be back’ and closed the door on him mid-sentence.”

“I once said I needed to go to the bathroom and left the party, literally went home. He sucked down all my evening, didnt let me talk to anyone else, so I decided to go home, since I couldn’t enjoy the party anyway..

Friends later told me that the talker kept asking where I went and eventually when someone told him I went home, he got quite upset and made a bit of a scene.

A couple years later, just by coincidence, when we were going to work in the same project, someone told me “oh btw so and so said he doesn’t like you very much but didn’t say why”. He kept resenting me for that for years! Some people are incredible.”

“I’m an Uber driver, I was once summoned to pick up two people for just this reason. They had me drive four blocks/.25 miles/1.5 minutes to another bar just to get out of a conversation with someone.

“I don’t mean to interrupt but–

It’s got to be done, so just do it. They need a break anyway.”

“I read one of those mildly interesting newspaper features recently with an ‘etiquette expert.

Their advice was rather than make an excuse, you should be more direct that you are ending the conversation and say something like “I’ve really enjoyed talking with you, I’m going to circulate around the room now” as it’s less likely to create an expectation you might come back. It does work too!”

6. Take it from a professional.

“Mental health worker here. I see patients every day who will talk forever if you don’t stop them. You simply have to interrupt and redirect or end the conversation.

I always politely tell them, “Let me stop you there” or “Let me jump in there”. Sometimes you have to be abrupt or else you will be held hostage by the one-sided conversation.”

“We have a great line that we use in Ireland. I haven’t heard it used abroad but it could well be used all over for all I know.

The person is rabbiting on and is showing no sign of stopping. You clearly and firmly say “I’ll let you go”. Then with the confidence of a person doing them a favour you turn on your heel and stride away.

This has the effect of making them think you are the one wanting to avoid wasting their time. If they figure it out they can’t call you out on it because to do so would be to admit (at least to themselves) that they are wasting your time.

In fact most people never allow themselves to think it might be them who is holding you up so they accept the “offer” of your leaving in order for them to get on with their important work.

In general if someone says “I’ll let you go” to me (rare but it has happened), I smile and say bye and end the conversation. It is a social convention and I abide by it. They want out. No ego. Let them go and the best of luck to them. People appreciate that I imagine.”

8. Not fun when people are drunk.

“I have a friend who does this and he tends to drink alot. It gets to the point where he literally will talk over you. I once sat on my phone while he talked to me for 5 hours straight.

No joke, didn’t even pause. I was going to sleep on his couch once and he kept talking. I was wrapped up in a blanket while he stood over me… talking. I had to drive away and sleep in my car. This is a typical workday for him.

On the weekends he’ll stay up 2 days straight, drinking and talking. Sometimes he uses an app that’ll connect him with random people to talk to. I think he needs a therapist.”

“If you know them well enough, a hand on the arm or shoulder will get someone to stop talking long enough for you to make your exit.

Not needed though. “It’s been so great talking to you but I’m late for something””

“Oh! Someone wants you over there.” gestures across the room “Oh, who?” “Me.”

“It depends on the context, like most things. Who is the person to you?

Random person on the street? Just tell them you’re busy and walk away.

Coworker? Politely explain that they need to stop talking so you can work.

Dude at the gym? Tell him you’re going to do your set. If he still doesn’t stop talking, just put your headphones on and start lifting.

Generally if it’s someone you aren’t going to see often, whether they think you’re rude or not isn’t really important. Just tell them you’re busy and just walk away or continue what it is you were doing.

If it’s someone you see often/can’t avoid (friend, coworker, classmate etc) tell them that they need to stop talking so you can do what you’re meant to be doing. They probably aren’t aware that they could be annoying people. They’d probably appreciate the wake up call.”

First, pm someone to call you. Then as your phone rings, just politely apologize and make your exit.”

“This is where my bad habit of smoking comes in handy.

I just say I’m going to go smoke a cigarette.”

We hope you can use those techniques at some point in the future!

Do you have any tips of your own in this department?