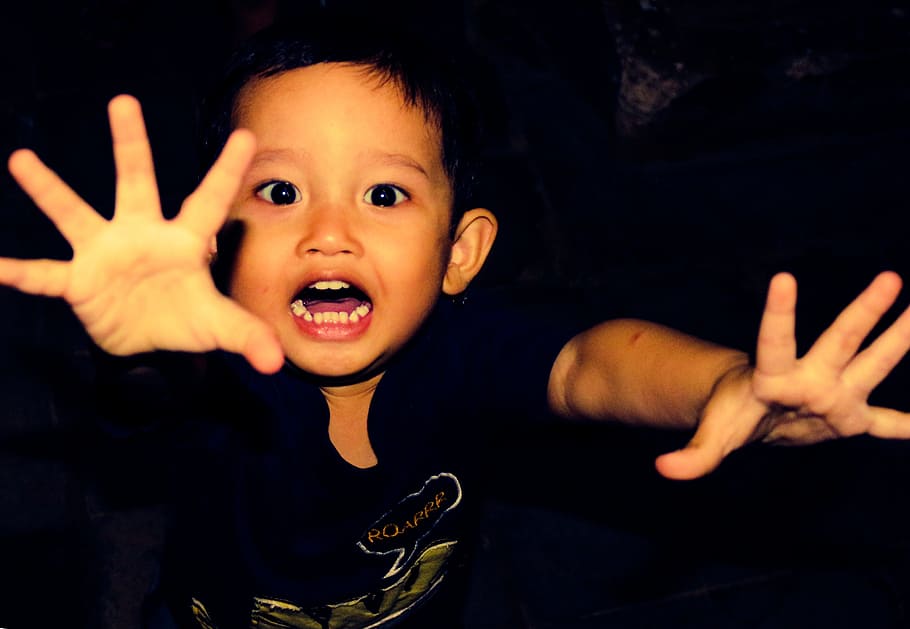 So much of how we turn out as adults is based on our childhoods. Where we grew up, the schools we went to, and especially how our parents raised us. And some parents leave major scars on their kids without even realizing it.

Bottom line: all parents make mistakes. Some are just bigger and more important than others.

Folks on AskReddit shared their thoughts on seemingly harmless parenting mistakes that actually lead to major problems for their kids later in life.

“Never treating your children as adults.

My girlfriend is 23 and despite being entirely independent of her family, her mom treats her like a child still. As in too-immature to make her own decisions, inferior to her/not equal (she was recently told to “learn her place”), invalid in feelings, emotions, etc…

This invalidates her self worth, her opinions, her views and stances, etc…

It’s wildly damaging, and extremely toxic. She can’t hold an adult conversation with her adult daughter, and it’s extremely frustrating.”

2. All feelings are valid.

“Creating an environment where you tell your kid their feelings aren’t valid just because they aren’t the same as yours or your kid processes their emotions differently than you.

Angrily telling your kid they are too sensitive/dramatic/theatrical/hormonal/etc is just going to mess your kid up and encourage them to bottle emotions up to avoid upsetting you, and is going to lead to major communication issues.

Also, constantly pushing an intelligent or self motivated child to work harder and harder and do “better”. You’re setting your kid up to be a perfectionist, which can be incredibly damaging to his or her mental health in the long run.”

“When I was four my parents adopted a kitten.

Of course I had never seen anything quite so delightful before and I could barely keep my hands off the little fur ball.

So about two or three days passed, I get up in the morning and walk out and ask “where is the kitten”? And my parents told me that he died – implying that my roughhousing had killed it. I was terrified to touch an animal for several years thereafter.

In fact they had simply given the kitten back to the people they got it from.”

“Telling them that the family members who are mean to them or neglect them, love them.”

“Not having them do chores.

My parents pushed me to be academic – so doted on me hand and foot as a kid to make more room for study. When you’re too young and stupid to know any better you think it’s a blessing.

When I moved out to uni I didn’t really know how to clean, when to clean, what to clean with, how to wash clothes, how to get them dry etc. The only thing I could do is cook and binge drink.

That’s no way to bring up a kid, and its a steep learning curve doing all that stuff for the first time in your early 20s. It sounds like a super lame answer, but make sure every kid does their fair share of chores.”

My mom quit having her own life the moment my brother and I were born. She was an incredibly devoted and loving mother was very kind to us, but when we were born she stopped having friends, did not work, and was home every single day from when I was born to when I moved out in my early 20s.

She was very easy to upset because she had no other source of self-esteem and any time I screwed up, and I screwed up a lot, it was as if I had levied a very personal attack against her. In the last 5 years or so before I left I don’t think we had a single conversation that didn’t drive her to tears and I promise I wasn’t that bad.

I constantly felt cornered and stressed and fell into depression as a defense mechanism, and she took my resulting lack of performance very personally creating a very treacherous cycle that was only broken when I enlisted and finally got away. To this day I often feel like I’m a bad person who failed to live up to her love.”

7. Someone needs to take responsibility.

“Saying “I don’t care who started it”.

I grew up with friends whose siblings would target the one with the bad temper, provoke them into a rage, then cry and play victim when they got slapped. In this case, it does matter who started it. A parent has to make it clear that violence isn’t okay, but neither is provoking someone into said violence.

It doesn’t matter that said person never hit or kicked while their sibling did- they never would have gotten hurt in the first place if they didn’t encourage the aggression to begin with. Children are clever and will find loopholes in their parents’ rules. Parents need to be better and snuff out that kind of BS when it starts.

If they don’t they’ll raise a manipulator and a scapegoat- one will use them and one will resent them. It’s a lose-lose all because of a simple rule.”

“Discouraging them from asking questions.

Yes it can be annoying to keep hearing “but why, daddy/mommy?” but I’ve met far too many adults who admit they stopped asking questions because as a kid their parents would shut them up or be like “there he/she goes asking questions again.” inquisitive minds
need that fostered.”

“never showing up for events. i remember my parents didn’t come to most of my chorus concerts. it really sucked to see my classmates’ families cheer them on while my parents were absent. i brought home one of my chorus program papers to show my parents and i found it in the trash the next day… i was sad because i wanted to keep it but seeing it in the trash, i didn’t want it anymore.

edit: i love my parents and i don’t blame them for not showing up. they are small business owners and it was hard for them to find people who could work for them whenever i had concerts or anything. it still hurt though 🙁 also the replies to this are very sad, i’m sorry that a lot of you guys went through similar experiences.

second edit: also my mom is a clean freak, she’ll discard or move any stray papers laying around. she probably didn’t think much of it, she might not have even realized what it was (she can’t read english that well it’s her third language). after i told her she apologized to me, so it’s okay.

i thought i should add that my little sister and grandma would come to them but my relationship with my grandma isn’t great… it’s just not the same as having your parents there if that makes sense.”

“Pretty much telling you that whatever activity that you enjoy doing is annoying or dumb.

I used to love to sing. I was in chorus and would play my favorite songs over and over to learn the words.

Not only did my sisters tease me for it, but my parents told me to shut up constantly.

So I stopped singing. I must have been terrible, right? I sing when I’m alone, or jokingly with some friends.

What really broke me was when I went to visit everyone for the holidays and my sister said that she was surprised I never pursued singing since I seemed to love it so much when I was younger. I nearly started crying and had to bite my tongue so I wouldn’t scream at her for being one of the reasons I stopped.

It’s always funny for the ones doing the teasing. But it actually hurts the ones being teased. Especially when it’s coming from people who are supposed to love you.”

“Not having a life of your own beyond being a parent.

Your child isn’t responsible for your happiness—you are. If your build your entire sense of self-worth around your child 1) there’s a good chance your child will grow up to resent the pressure 2) you’re setting an example for them to be codependent in their own relationships.

“Never telling your child that you were wrong and that you’re sorry. Just never once occurred. My father never once said I’m sorry to me.

He was human , there were plenty of times he should have. My kids have heard from me plenty.”

“Getting them involved in problems they have no control over. My parents felt the need to keep me in the loop regarding our pending foreclosure and argue in front of me over which one was to blame when I was ten.

What possible reason is there to share that with a kid? I barely slept for months. I was convinced the cops were gonna bust in at midnight and throw us all outside.”

“Not following through with your promises. If you told your child you were buying ice cream tomorrow in the hopes that they’d forget and the next day when they ask you tell them no they’ll see you as unreliable. (Ice cream is just the first thing that came to my mind, I’m sure someone else can explain better what I’m trying to say here without sounding so ridiculous).”

“Anytime a child is playing with a child of the opposite gender, and they respond “oh who’s your boy/girlfriend?”

That shit completely stopped me from even speaking to girls until damn near high school.”

Wow…if you’re a parent, you might want to keep some or all of those in mind.

What do you think? Do you have any tips like this for parents? Or maybe you experienced some negative things in your own childhood that you think left a mark on you?