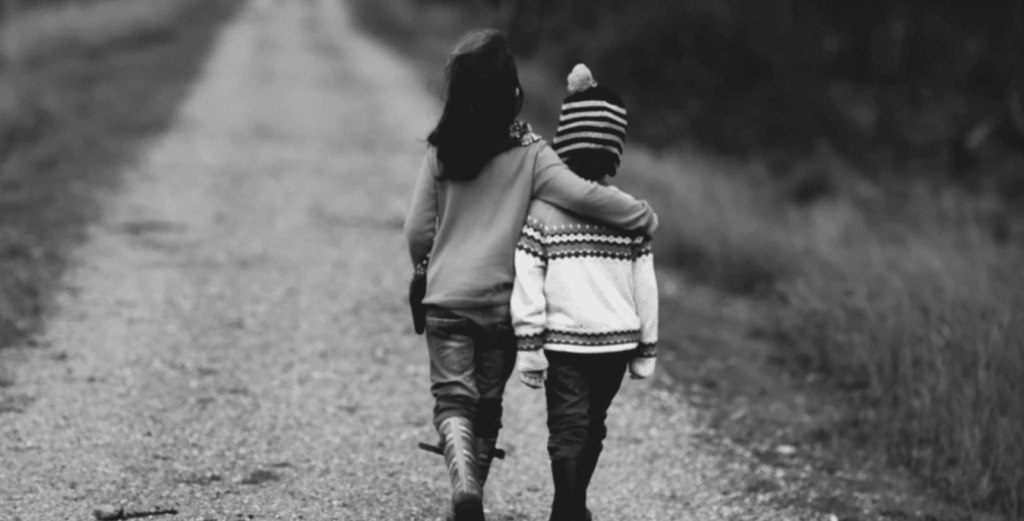 As someone who has four siblings, I’ve had my fair share of wholesome moments with them over the years.

From a very young age, my parents were very big on telling us that you stick up for your brothers and sisters NO MATTER WHAT and you always take their side and never leave them hanging. EVER.

So, needless to say, we’ve had a lot of nice moments together in our lives…

Let’s take a look at some very wholesome moments that AskReddit users had with their siblings.

“When we were both young and still lived at home, we would just walk into each other’s rooms and sit and talk for hours. I’m the oldest (f) and my brother is a year and a half younger than me. He was my best friend growing up.

When I was back at home during the start of self isolation he came back for dinner one night. I was up in my old room going through some stuff later and he walked in, sat down on the edge of my bed, and we caught up on life.

We grew apart when we went to college, both taking very different paths. It made my heart melt when he came in to talk. I didn’t realize just how much I missed him.”

“This actually happened recently. My sister and I aren’t all that close, though I really wish we were. We ended up being too very different kids. Our family is very Christian and she ended up pretty much the same as my parents. She’s 19 and doesn’t swear, drink, smoke, etc. Im 20 and ended up being the opposite.

Not long ago one of my best friends committed suicide and I went in a very downward spiral after seeing his brains scattered on his front lawn. All my friends moved away for college or joined the military and I was alone. I

began to drink very heavily and it was terrible. I’d go to parties with people I barely knew and would act like I was enjoying the good times and being social but in reality I just wanted to drink away the pain.

One night I went to a bonfire and got very drunk. I cried to myself in the bathroom, pissed on the homeowners garage door, jumped off a roof and kept stumbling and falling the entire time.

The girl who took me to the party took me back to her house and I honestly just wanted to go home. I had lost my car keys and my car was somewhere else I couldn’t remember.

I called my sister around 2 am and asked if she could take me home. I didn’t know how she’d react but she immediately replies with “of course, I’ll leave now just send the address”.

My sister drove 20 minutes to come get me and take me home. I remember my mom called right after my sister left and was pissed. She said something like “you bring your sisters car back here. Now.”

And I explained I was drunk and she was coming to get me. My mom kinda just went “…oh, okay. Well we’re going to talk when you get home.” I knew I was going to be kicked out the house.

As I was sitting in the car with her, I started drunkenly crying explaining how the parents will be kicking me out. She kinda just embraced me and said “not if I can help it. I’m going to talk to mom before anything happens when we get home”.

We just kinda talked while she drove me home and I was so happy she had my back. She did end up talking my mom and dad out of kicking me out the house. I love her so much for being there for me when I was at my lowest.”

“Recently we both started playing animal crossing and working on the same island.

We like plan out what we’re gonna do and what villagers we want. It’s really pure.”

“On safari trip in Kenya, I (F) was 26 he was 28, and we were staying in the same big canvas tent out on the Masai Mara plains.

Like everything else in Africa, the insects were huge, and somehow this gigantic moth got in the tent and started dive-bombing us both. We screeched and laughed and ran and tried to defend the other from this horrifyingly aggressive insect.

Because it was night we couldn’t just run out of our tent unless we had one of the armed guards. It’s been so long I don’t remember how it resolved, whether the bug found a way out or we were “rescued”.

That was over 20 years ago, and it was the most truly connected we’ve been since. It may not sound like much, but it was probably one of the few moments in our lives we unambiguously liked each other.”

“When we were younger, our parents worked three jobs, so we were alone most of the time and money was low.

One day my older sister and I were constantly saying how bad we wanted nachos. Practically wouldn’t stop mentioning it.

Our little brother, like 6 years old at the time, comes into the room holding a bowl with a crushed tostada and a microwaved slice of American cheese. It looked horrible. I hate American cheese, always makes me want to puke.

I ate that because I couldn’t handle breaking my brother’s heart by not appreciating his gesture.”

“I have triplet sisters that are 11 years younger. My parents left us home alone and my mom told ME to clean up MY STUFF in the living room. Naturally, I demanded that my sisters clean up THEIR stuff.

They protested by walking down the stairs and chanting that I was a “monkey b*tt” while holding pillows that showed a monkey’s b*tt (the pillow had a monkey stuffed through it with the head/torso sticking through the front).

“My sister and I got to be in a musical together her senior year of high school, and we also performed a duet together at competitions for our dance studio.

Learning all of the dances and performing together was really special.”

“I’ve got two brother both younger one eight years one six younger. My family isn’t really that close we aren’t mean or anything but we aren’t close. I didn’t talk to my parents for a year after I moved out. I had a kid and we weren’t married and they flipped.

So one day out of the blue my middle brother calls me and asks me to come over. I didn’t have a 360 at the time and he got halo 3 and wanted to play with me.

We played all the way through campaign on heroic that day in my parents basement. He is literally the only reason I started talking to my parents again.”

“My older sister and I.

We would watch a Disney kids tv show together on a mickey mouse themed tv. I remember it fondly.

We don’t get to watch movies together as much because she has a job and we have different interests in media.”

“My brother and I aren’t very affectionate.

One day, my family came home from a weekend away from home and my guinea pig had died (my grandma was watching her but we knew she was going to die soon).

I didn’t expect her to die while we were away, so I broke down crying because I didn’t get to say goodbye and she died alone.

We buried her and when I went back inside the house my brother hugged me while I cried. Since we don’t hug very often, it was a little awkward but nice because he was there for me.”

“My sister has depression.

She would usually be isolated, and keep to herself, so these moments come on pretty rare. It’s really just us talking together that really make my day. She can get really aggressive towards people, and very quickly too.

One moment really stuck with me, was when she asked if we could make cookies together. I know this is really normal for some people, but her offering to do something with me was a 1/1,000,000th chance.

Even though the cookies were like cake batter, and half-baked, the fact that I made them with her, made it taste amazing!”

“My family and I were helping my granddad move into his new condo.

Dad had rented a U-Haul truck to move some furniture and other stuff that my granddad didn’t need over to my house. Anyway, there were only two seats: one for the driver and one for a passenger.

My aunt was riding shotgun and my dad was driving, so me and my brother were riding in the back with all the furniture and other stuff. We had a good talk in the back of that truck, even some good laughs.

After unloading it, my bro and I rode in the back once more to return the truck to the rental place. My brother was playing some of his music in the back of the truck and we just talked.

It was a miracle that the cops didn’t pull us over the whole trip, or my dad would probably have ended up in jail or something.

It’s definitely the best memory I have of my brother.”

“I have two brothers, one 15 months older than me, one is 6 years younger.

The moments that stick with me the most for my older brother was when I was a grade-A coward and would watch horror movies with him. He’d always joke around or pause the movie to poke fun at the scary things or let me hide in his sleeve when I got too scared.

There was a scene from a movie I forget where he replayed it over and over, making dumb noises and sh*t until I was laughing. My little brother was a lifesaver when I was my most depressed.

He’d make me coffee in the morning, bring me water or juice during the day, little snacks and pieces of chocolate, and just generally come to check up on me and tell me he loved me.

He’s honestly probably my favorite person in the world.”

“Went to see David Gilmour in concert with my (only) younger brother.

We both love Pink Floyd very much. We hugged while he sang Wish you were here.”

He said “No… I got you two cookies.” And pulled out two Oreos from behind his back. I have never been so happy.”

Do you recall any really wholesome moments you’ve had with your siblings?

If so, please share them in the comments with us!