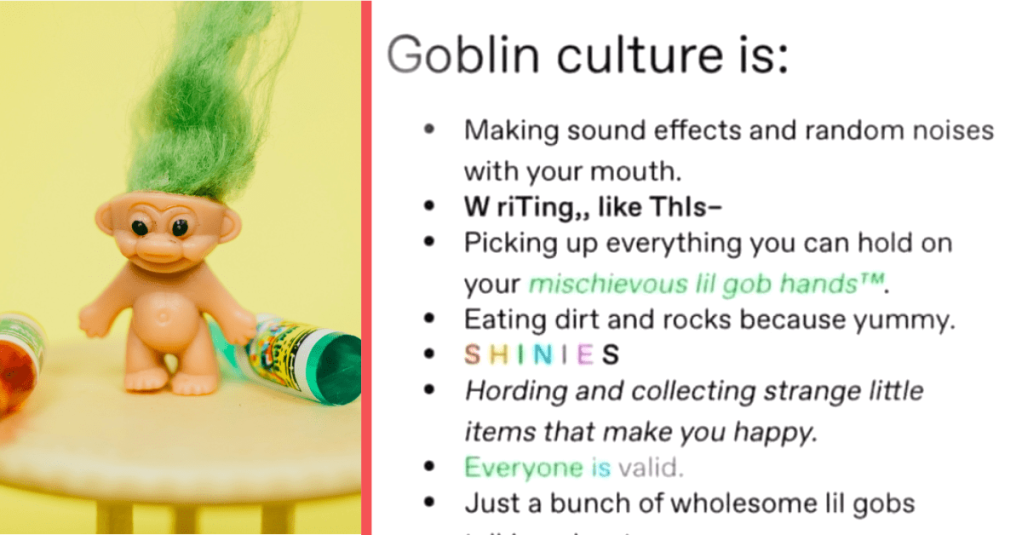 When I think of someone with a goblin personality, the first thing that comes to mind is the sort of social media troll that would often be described as a “trash goblin.” You know the type, just an irredeemable garbage person.

But a bunch of users on Tumblr have taken it one step further, proving that not every trait of a goblin is negative, and maybe the trash goblins of the world are contributing to an unfair stereotype. 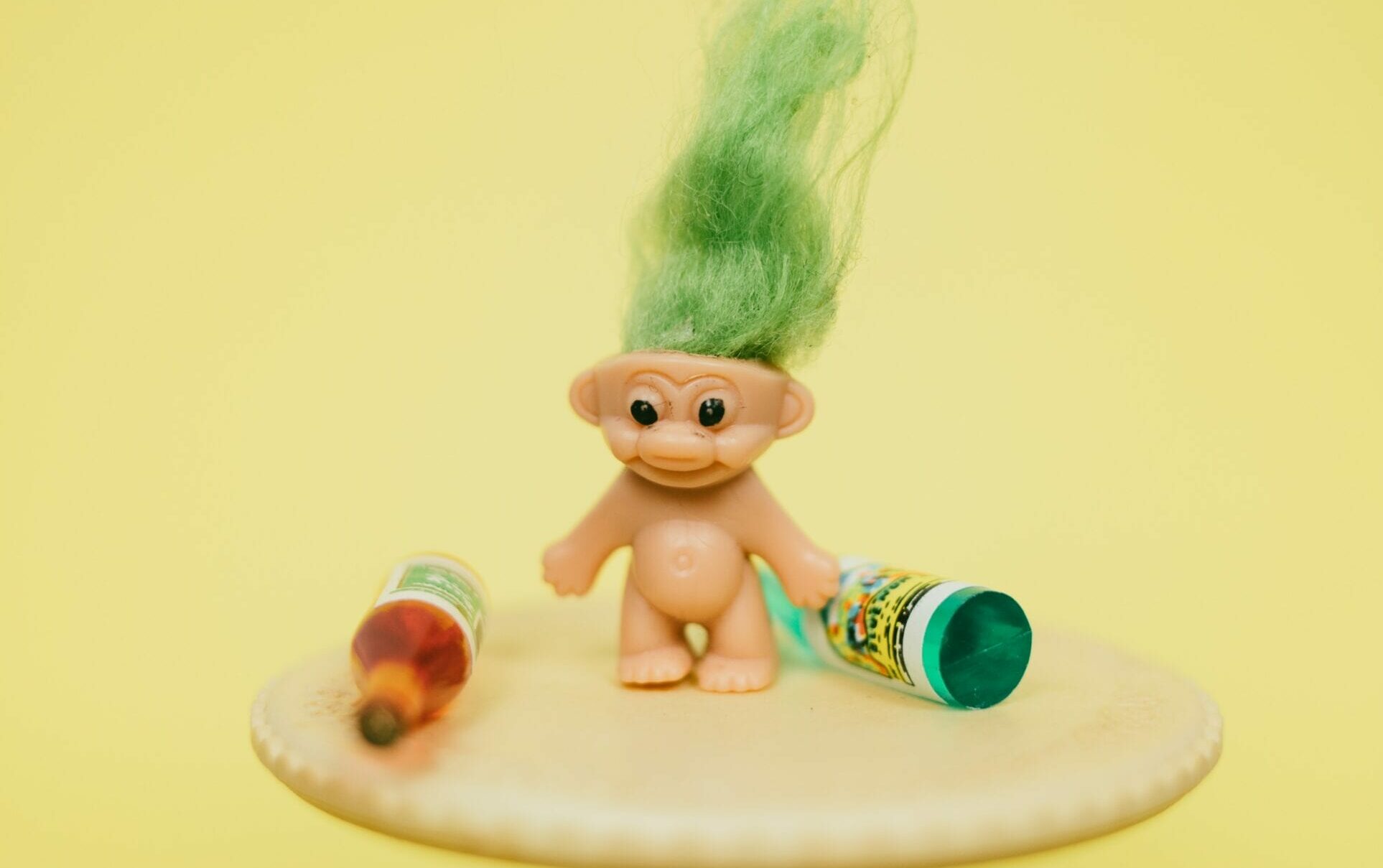 So here are ten ways to self-identify as having a goblin personality.

First of all, what exactly defines a goblin?

But seriously though, who doesn’t like moss? It’s so green and soft and mossy. 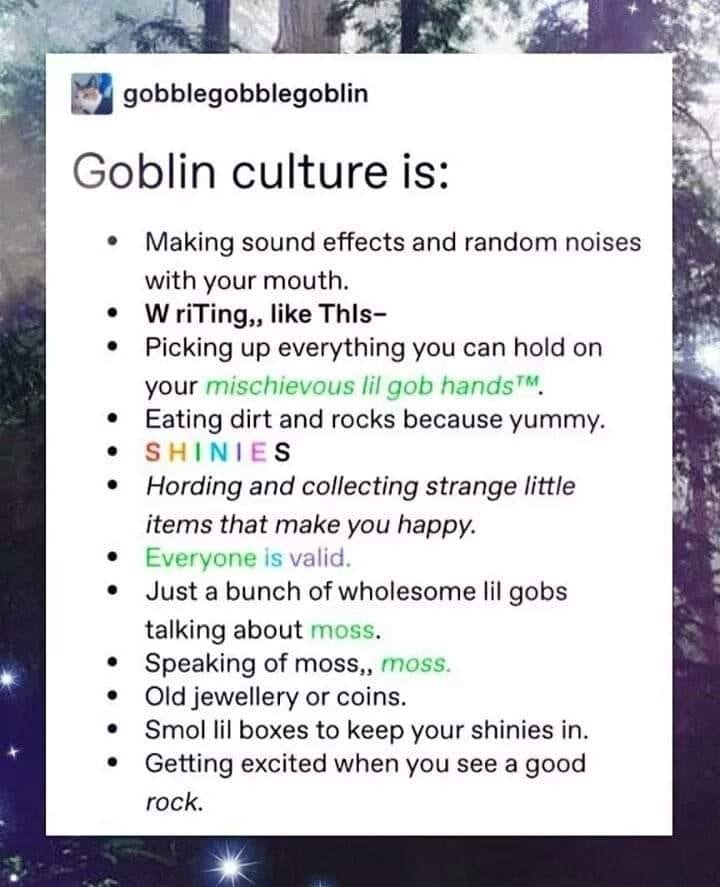 Does every writer everywhere feel a little bit judged by this list, or is it just me? 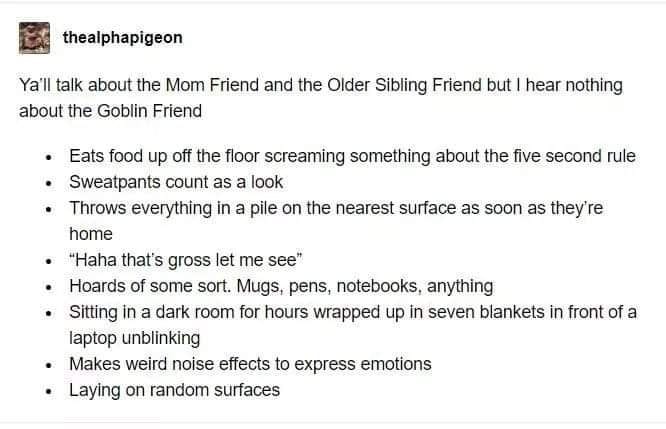 4. They come out during the wee hours

Phew. No late night hijinks for me, so maybe I’m safe. 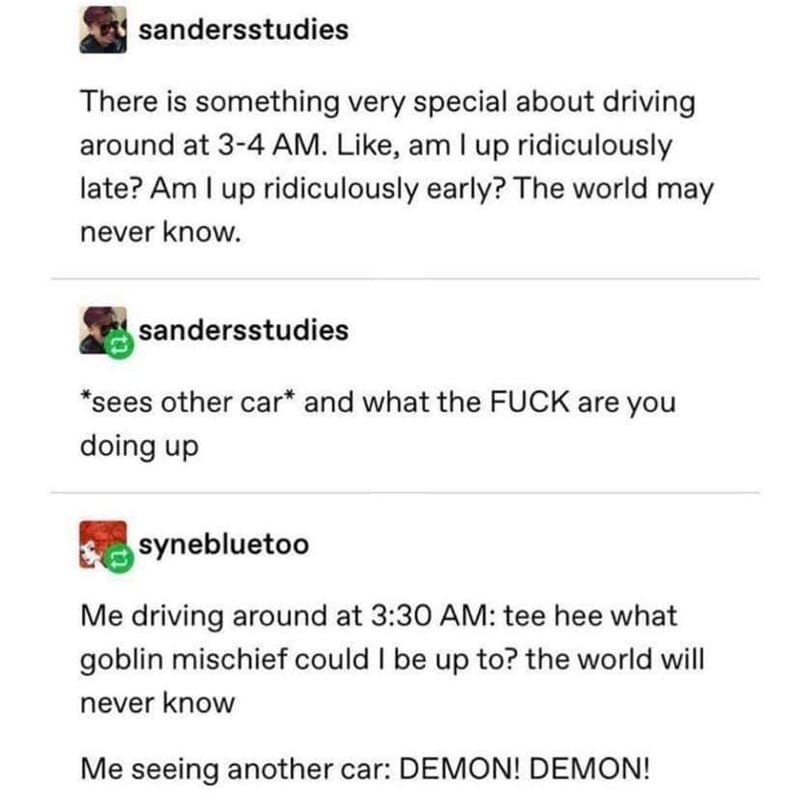 5. And it turns out, there are only three choices

Of the three, I’d have to go with werewolf though.
I can’t resist a full moon. 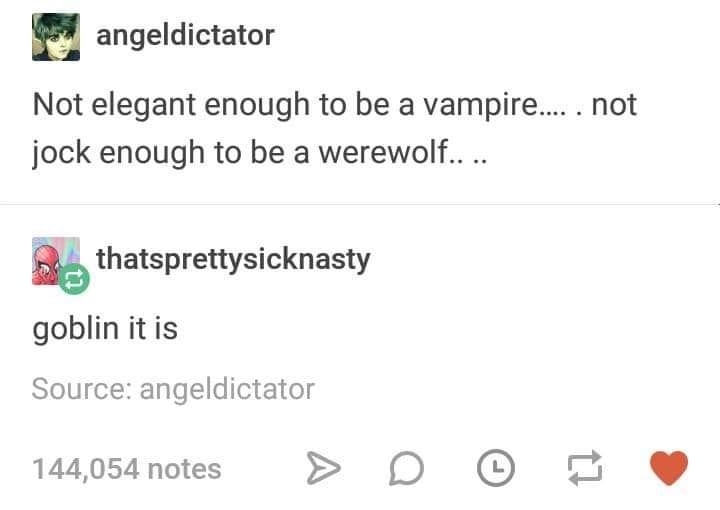 6. For that goblin in your life

Or, you know, treat yourself.
And may I add that fingerless gloves are a far cry from worms (and no offense was intended to my Secret Santa recipient). 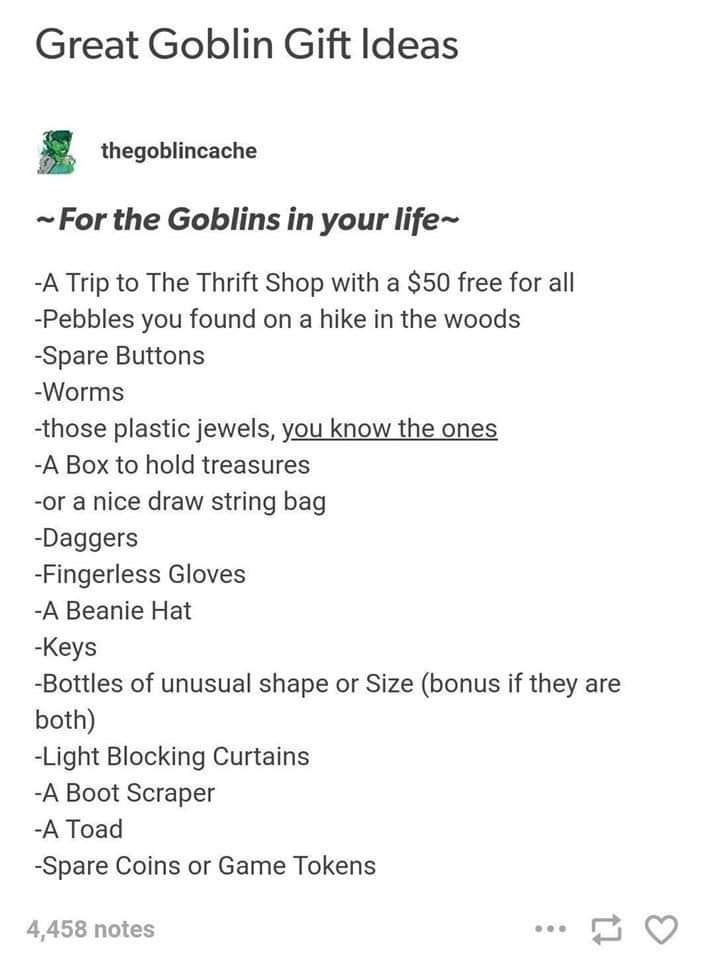 I may or may not have collected these myself as a child.
So? They’re gorgeous! 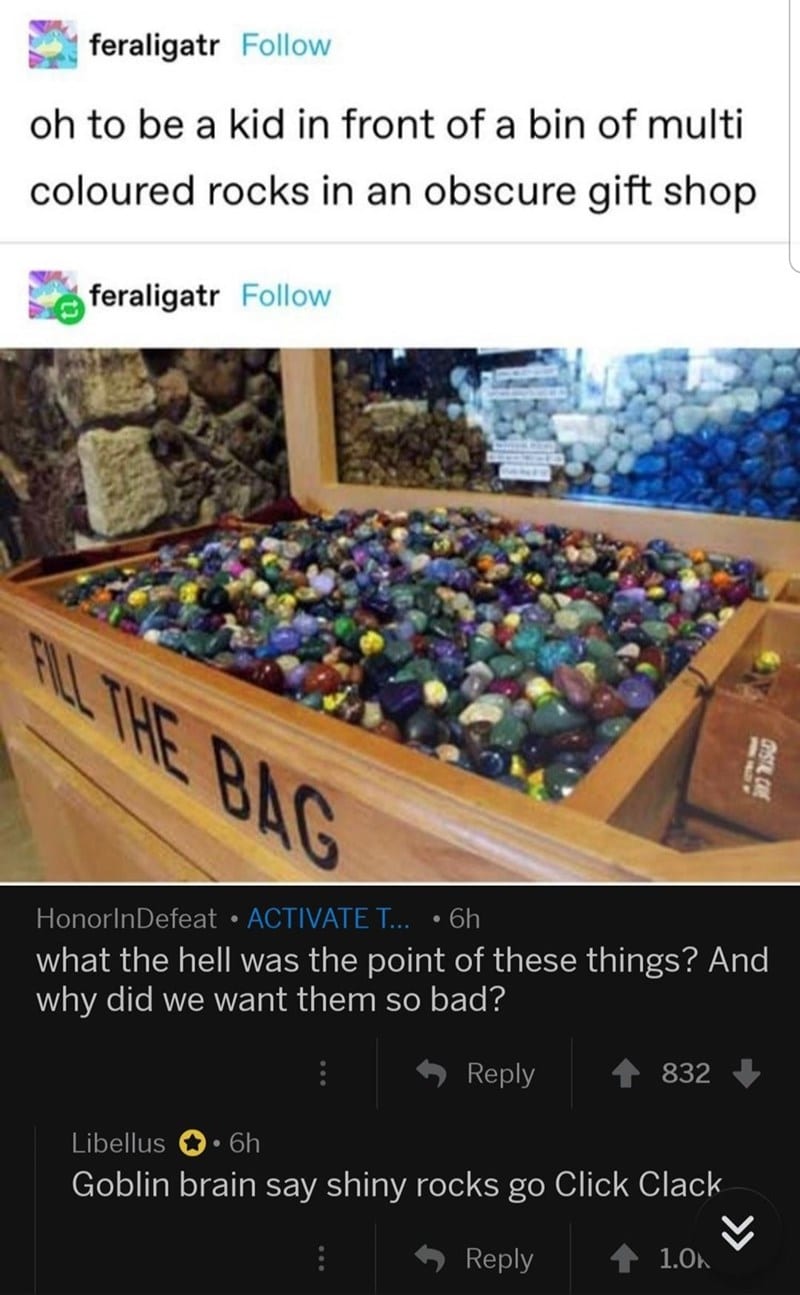 Honestly, this above all may be the most tell-tale sign… I personally cannot say “no” to rock candy.

I mean, I personally don’t eat things I find in the restroom, but maybe that’s just me. 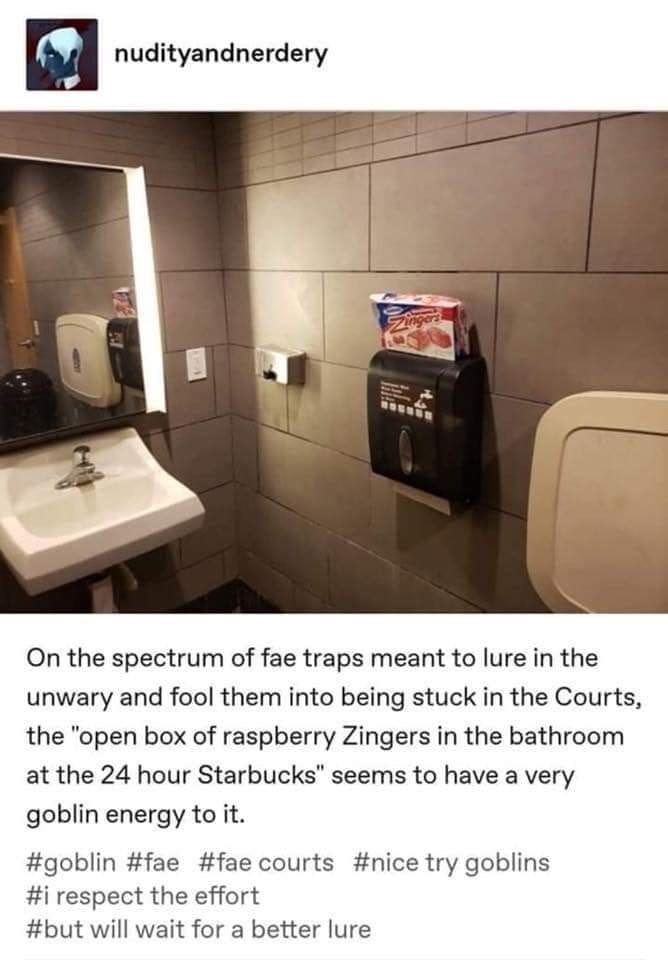 So that’s it! Who knew goblins had such specific and universally agreed-upon character traits?

Not me. Clearly I need to read more Tolkien.

What about you? Recognize anyone in this list? Tag them in the comments.