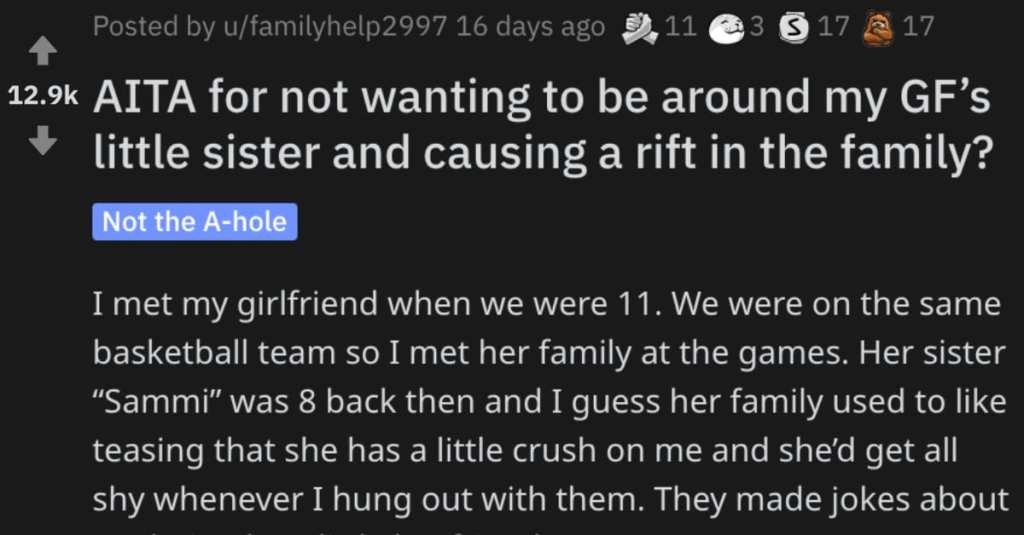 Most of us have experienced this in some way and this woman is having a major issue with her girlfriend’s little sister.

Let’s take a look at the story.

AITA for not wanting to be around my GF’s little sister and causing a rift in the family?

“I met my girlfriend when we were 11. We were on the same basketball team so I met her family at the games.

Her sister “Sammi” was 8 back then and I guess her family used to like teasing that she has a little crush on me and she’d get all shy whenever I hung out with them. They made jokes about me being her “little boyfriend.”

Then we got together when we were 13. So the whole Sammi crushing on me got more obvious. Everyone in her family says it’s cute. Sometimes Sammi would come with us to the movies and I’d buy them stuff. Whenever I go with her family anywhere Sammi always wants to sit nxt to me or on my lap. Never said anything back then since she was a little kid and didn’t mean anything.

Now she 15 and feel like the crush has got worse. To a point where it is awkward and uncomfortable for me. She doesn’t hide that she gets jealous of my GF or when I’m at their place she’s like glued to me, gets mad if we wanna be alone in my GF’s room, wants to go with us wherever we go.

Everyone always treated it like Sammi being herself. But now it makes me super uncomfortable her wanting to be all over me sometimes and I purposely sit somewhere she won’t have space to be near me.

We just learned recently that my girlfriend is pregnant and we moved into our own place to get ready for our baby. Sammi straight up lost it when we told our families we’re pregnant. I’m serious she locked herself in the bathroom crying for an hour yelling that she hates everyone.

So yeah with her reaction I wannabe around her even less. I told my GF how I’ve been feeling uncomfortable with her sister for s long time and I should’ve said all this sooner. My girl apologized because she always thought I was ok with some of the sh*t her sister does but says I don’t have to interact with her if I don’t want to.

She also talked to her family about getting Sammi to start respecting my boundaries and let it go with the boyfriend jokes already. They don’t think Sammi is doing anything wrong since the crush is innocent so they pretty much don’t wanna tell her keep some distance from me when we come over. Her parents started coming at me to stop making a big deal and punishing Sammi for how she feels.

I showed my GF the txts they sent me and she got p*ssed. So now she won’t go either until they start getting her Sammi to behave right around me but they won’t do that. The whole family is attacking us especially my girlfriend and it’s making me feel guilty.

They’re saying I’m terrible for ruining things between my GF and them. They don’t get why I’m being this way. My girlfriend is so mad she don’t wanna talk to them, they’re saying it’s my fault.

AITA for starting this whole thing by not wanting to be around Sammi anymore?”

This person said that the girlfriend’s family is to blame for this situation and they let the whole thing with the little sister go on for way too long. 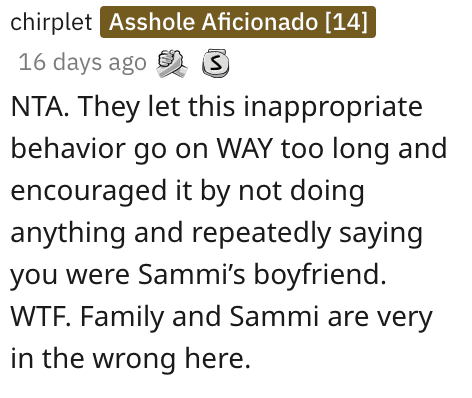 Another reader added that the little sister is way too old to be behaving like this and she needs to learn some life lessons. 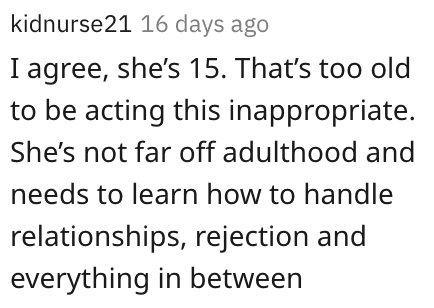 This person said that everyone in the family could probably use some therapy. That doesn’t sound like a bad idea… 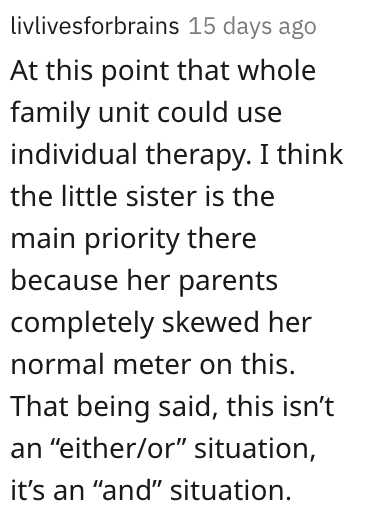 Another Reddit user argued that the younger sister is obviously pretty delusional about this whole state of affairs and that the parents should have had a talk with her a long time ago to set the record straight. 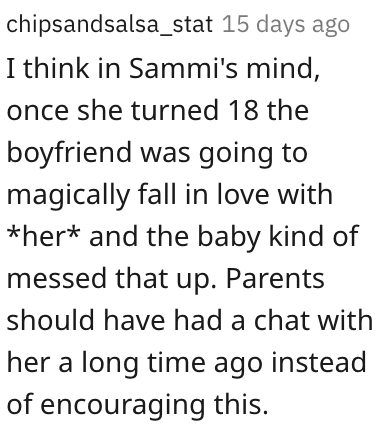 Finally, this reader agreed that the girl’s family is to blame here and that this whole thing has gone on for way too long and, as a result, has been blown out of proportion. 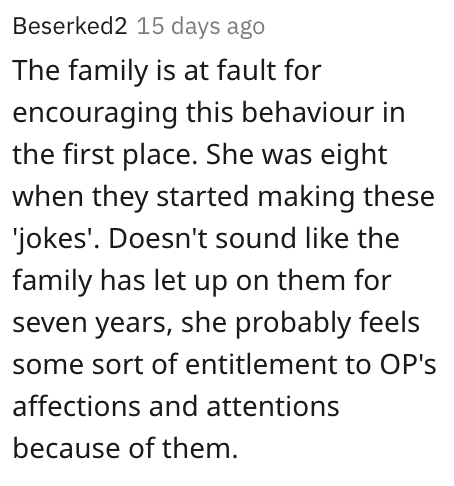 Do you think this person is wrong?