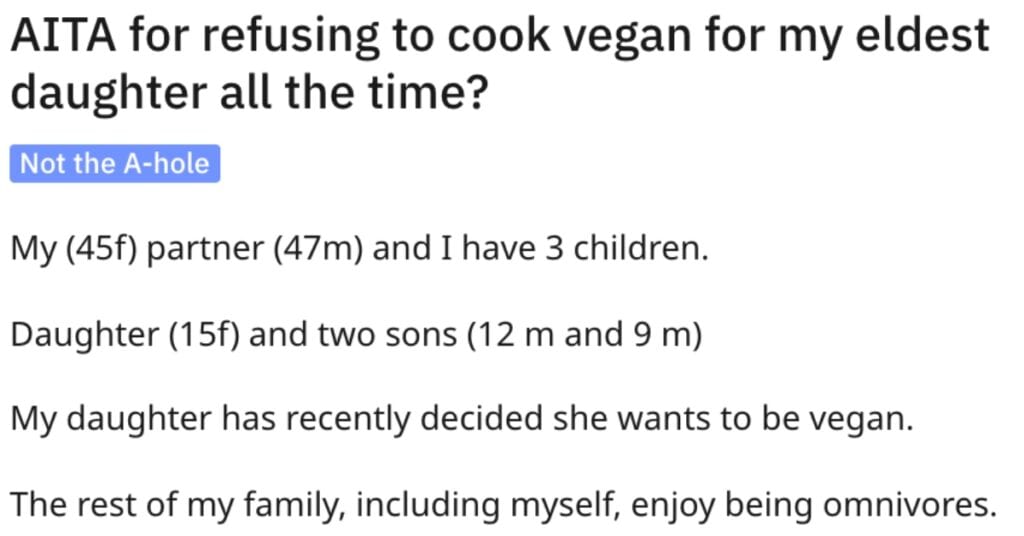 Is It Wrong to Refuse to Cook Vegan for My Daughter All the Time? Here’s How People Responded.

The battle between vegans and non-vegans rages on, folks!

Okay, that might be a bit overdramatic, but it does seem to cause some conflict here and there between friends and family members…and here’s another example.

A woman is having some issues with her 15-year-old daughter who is vegan and she took to Reddit’s “Am I the *sshole?” page to see if she could get some feedback.

AITA for refusing to cook vegan for my eldest daughter all the time?

My daughter has recently decided she wants to be vegan.

The rest of my family, including myself, enjoy being omnivores.

My partner works full time, and I work part time and am pursuing a 2nd bachelor’s at adult age. Combined with 3 kids, we’re BUSY. As I’ve also cut work hours to be able to study again, our income has also somewhat declined.

In this light, my partner and I are not really happy with this development. Having to have an at least somewhat healthy/balanced meal for 5 people daily already is somewhat of a chore, and we’re on a budget.

Neither in terms of time management nor money, do I feel like essentially cooking two meals daily is a not a reasonable thing to ask. Adding to that, vegan cuisine just requires a different approach to cooking (different ingredients) etc.

Frankly, with all the things going on right now, it’s not high on my priority list to re-learn how to cook. If I would just buy extra vegan food for her, it would certainly dent the budget.

I have offered her a compromise , where I offered that we would make a meat/fish and vegetarian (not vegan) version of each dish. That way she would not have to eat meat, at least, but we could just keep cooking many of the dishes we already do without much added effort. Additionally, I said I’d be willing to have one “vegan day” where she can experiment with making vegan dishes for all of us.

Then, if she’s 18 and has her own budget, and still feels that way, she can buy the food with her own budget and cook for herself.”

Well, that’s quite a story…let’s see how folks on Reddit responded.

This person argued that if she wants to make adult choices, she needs to start acting like an adult. Good point! 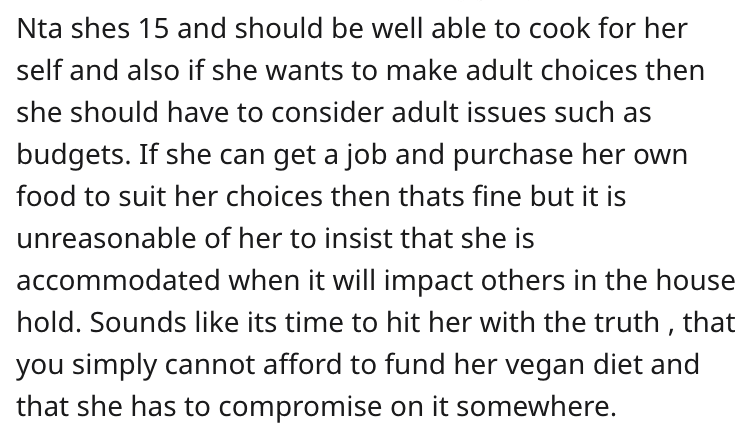 Another person could relate because they became a vegetarian when they were the same age as the girl. And they think it will probably be a good thing for the teenager to learn how to cook on her own. 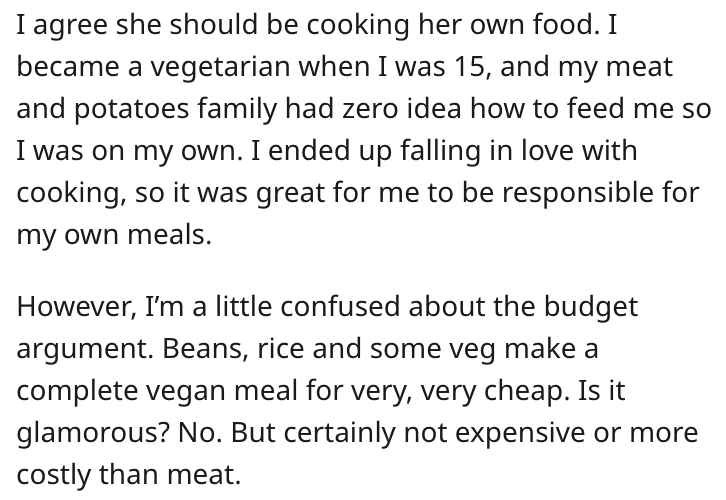 This reader said that the girl might be a little unrealistic and guess what…life isn’t fair sometimes!

One person thought that no one was to blame for this situation and that it’s just a bad situation all around for everyone.

But they also agreed that the mom in this situation shouldn’t have to dedicate a bunch of time and energy to learning how to cook vegan meals. 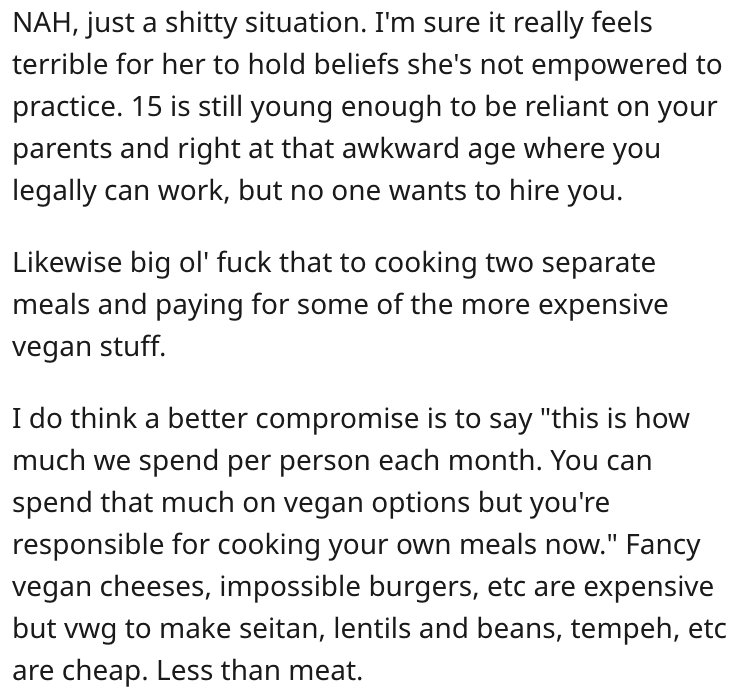 Finally, this reader gave a good suggestion for a book that the mother should check out if she wants to learn how to cook vegan food. And they added that the daughter should cook at least one meal a week so she gets into the habit of learning how to prepare meals.

Not a bad idea! 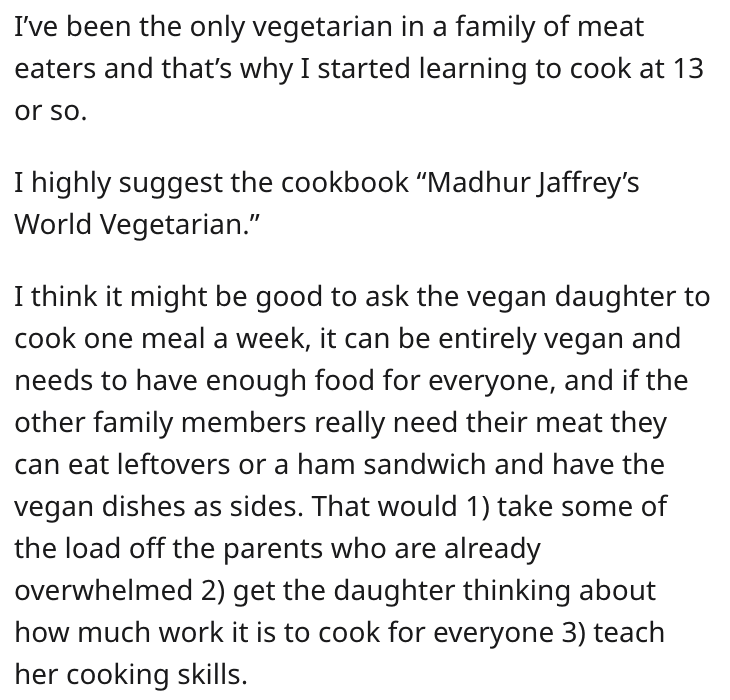 What do you think about this mother’s actions?

Talk to us in the comments and share your thoughts with us.