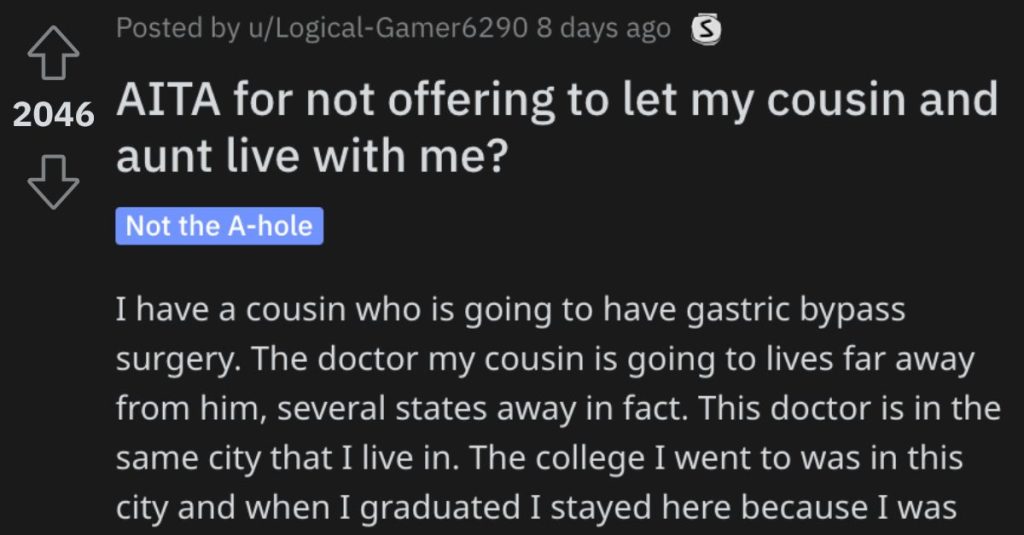 Every situation is obviously different, but certain family members can be a real drag, don’t you think?

Especially the ones who really put you out and demand a lot of you.

Take a look at this story and see if you think this person was wrong for NOT offering family members a place to live.

AITA for not offering to let my cousin and aunt live with me?

“I have a cousin who is going to have gastric bypass surgery. The doctor my cousin is going to lives far away from him, several states away in fact.

This doctor is in the same city that I live in. The college I went to was in this city and when I graduated I stayed here because I was offered a good job and had friends here. My parents and my brother and the rest of my maternal and paternal relatives all live back where I used to live and where my cousin lives.

I got a phone call from my father last week. He said everyone was very disappointed I didn’t offer to let my cousin and aunt live with me while he was in this city for the surgery because I have two extra bedrooms and live alone. He said at first him and my aunt hinted I should but I didn’t pick up on it.

In my first year of college one of the friends I met asked me if I was ever tested for Autism. I was not but I did get tested after that and I found out I am Austistic although I have a mild form. I do go to a therapist now and it helps and explains so much about me. I know I am bad on picking up hints so I didn’t know my cousin and my aunt were hinting.

My cousin asked me once and I just said no. I honestly didn’t realize it was rude not to offer. When my cousin asked me I said no because when he leaves to come for the surgery the door on my aunt’s house needs construction to be made wider. This would need to be done at my house too.

I honestly didn’t know it was something I should have offered. My father said the rent they are paying will be expensive and he was embarrassed I didn’t offer.

I am bad at unwritten rules so I don’t know if I was rude or if my father is just being like he always is where he doesn’t understand me. If someone could tell me the truth please and thank you.”

This reader doesn’t think this person did anything wrong. 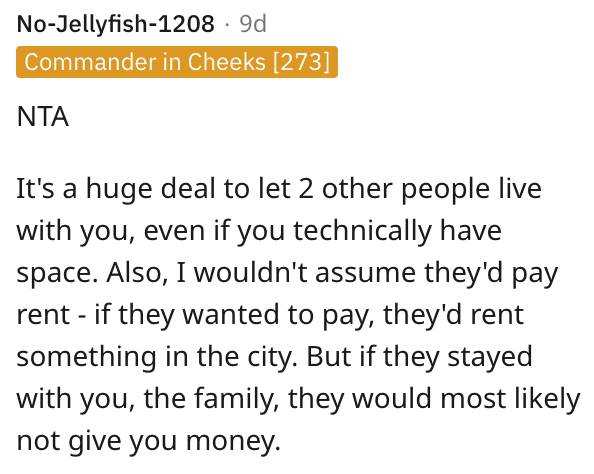 Another Reddit user said that this would definitely be asking way too much of this person. 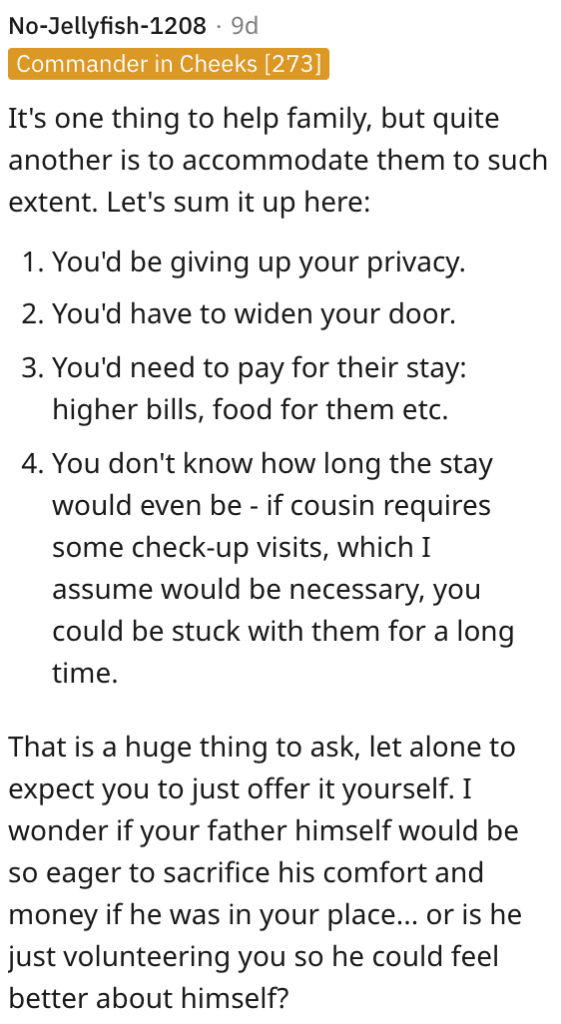 And this individual said that these demands would be a dealbreaker for pretty much everyone. 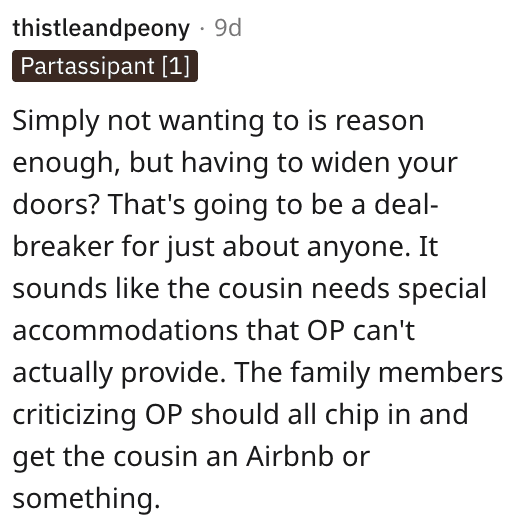 And this reader said that this person’s father is actually volunteering them to be taken advantage of. 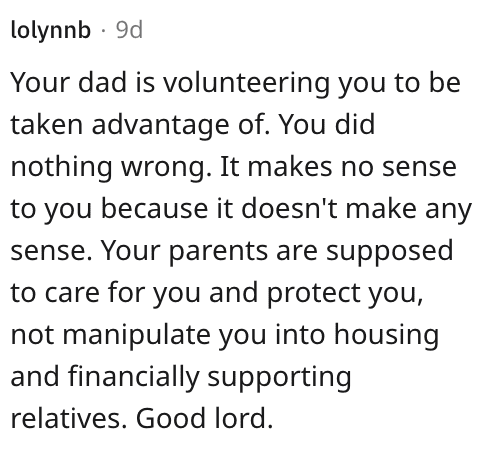