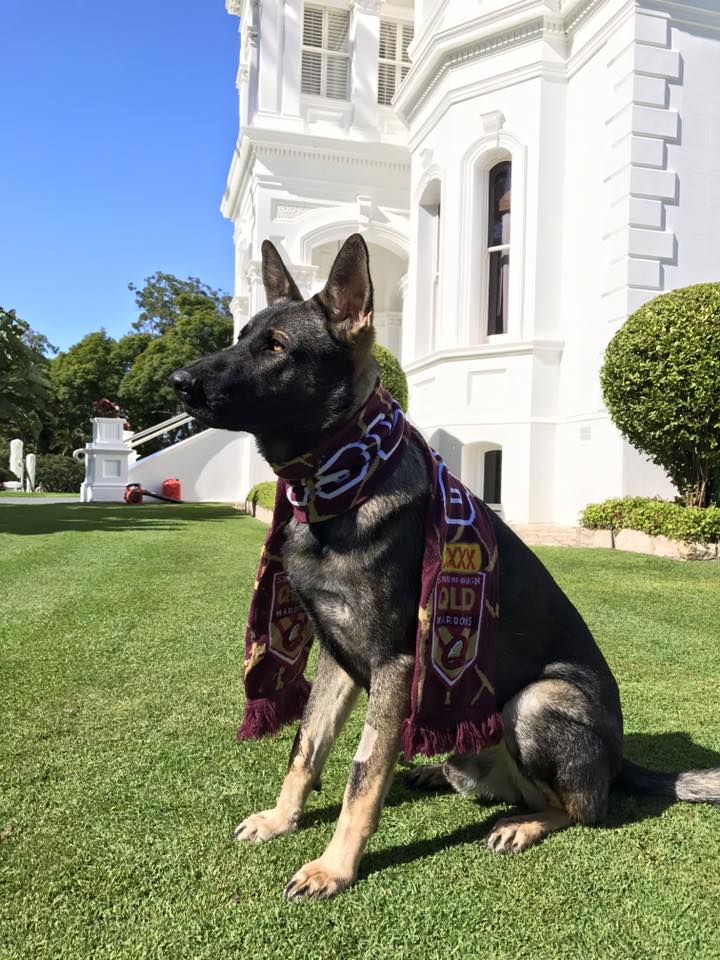 Police dogs get a lot of praise and fanfare for their noble and often dangerous work. But what about the dogs that don’t quite make the cut? The ones who would rather make a new hooman friend than chase down a suspect?

That was Gavel the German shepherd’s problem. Gavel went through months of training at a police dog academy in Australia, but he didn’t exactly have the right personality for the job. He “did not display the necessary aptitude for a life on the front line,” per BBC.

In other words, he was too dang friendly. Oh, Gavel.

He was eventually cut from the program. But now Gavel has a new job, and it suits him much better.

Gavel was adopted by Governor Paul de Jersey, the governor of Queensland, Australia. He’d been fostered at the governor’s official residence since he was six weeks old, and the two had become good friends.

“He may have missed out on becoming a Queenlands police service dog, but it is abundantly clear that Gavel has the characteristics necessary to adequately fulfill duties as Queensland’s official Vice-Regal Dog,” the governor wrote on Facebook.

Those duties include greeting visitors and attending official ceremonies.

“We hope Gavel’s with us for a long, long time into the future,” Governor de Jersey said.