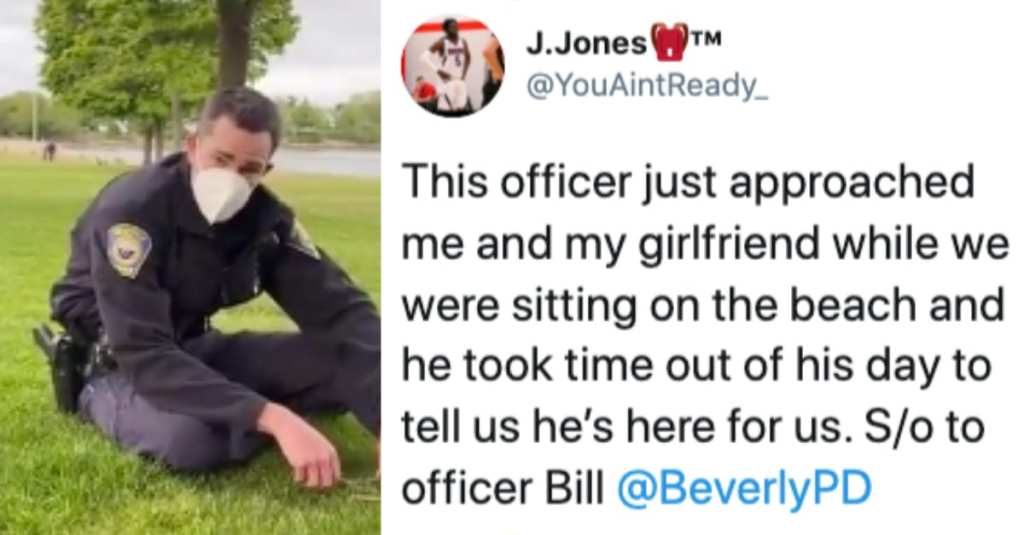 It’s even more difficult when the matter of race is involved. But in the case of one officer from Beverly, Mass., he proved that there are plenty of well-intentioned cops working around the United States. 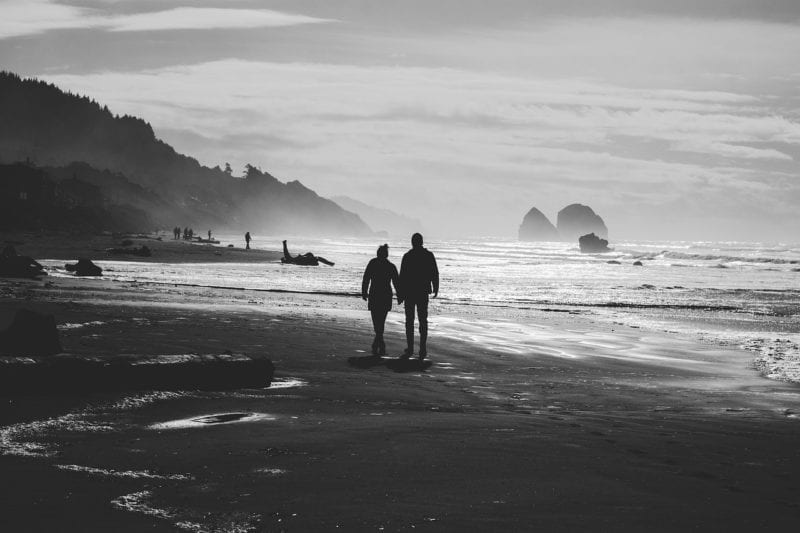 Jason Jones and his girlfriend were sitting on the beach when an officer approached them. For some, a cop walking up could signal trouble. It turns out that the officer had a much different intention.

“I just want to say hi,” the officer said in the video. “Obviously it sucks out there but, you know, I won’t let you down, and there’s a lot of us out there that are here for you.”

Jones thanked the officer and told him he appreciated the kind words. His girlfriend added, “Because we do believe there’s good cops out there.”

The interaction went viral on Twitter with more than 100,000 views.

This officer just approached me and my girlfriend while we were sitting on the beach and he took time out of his day to tell us he’s here for us. S/o to officer Bill @BeverlyPD pic.twitter.com/yaF7x01kgx

That led Jones to discuss his thoughts about the incident with CBS Boston.

The world would be a so much better place.

It actually made my day. It meant a lot.”

Jones added that regardless of race or ethnicity, now is the time for everyone to come together and support each other. The officer’s action didn’t go unnoticed from his department, either. Beverly Police Chief John LeLacheur responded to Jones’ video with a powerful statement.

“This is how we ask our officers to act every day with every citizen. Thank you for posting this. Racism most stop and bonds must be built.”

Have you had a positive interaction with a police officer before? How did the situation surprise you?

Tell us more about your interaction in the comments below!