Precious Dog Gets Her Tongue Stuck in Tuna Can, but Vets Help Her Out

Tuna is, in fact, delicious. Just ask Bonnie, a 10-year-old pooch who recently learned the hard way that life’s greatest pleasures are sometimes accompanied by a little discomfort.

You see, Bonnie wanted to take a little lick of some tuna that was still in the can after her owner tossed it into the recycling bin.

Unfortunately, Bonnie got her tongue tuck in the can in some sort of weird, freak accident. 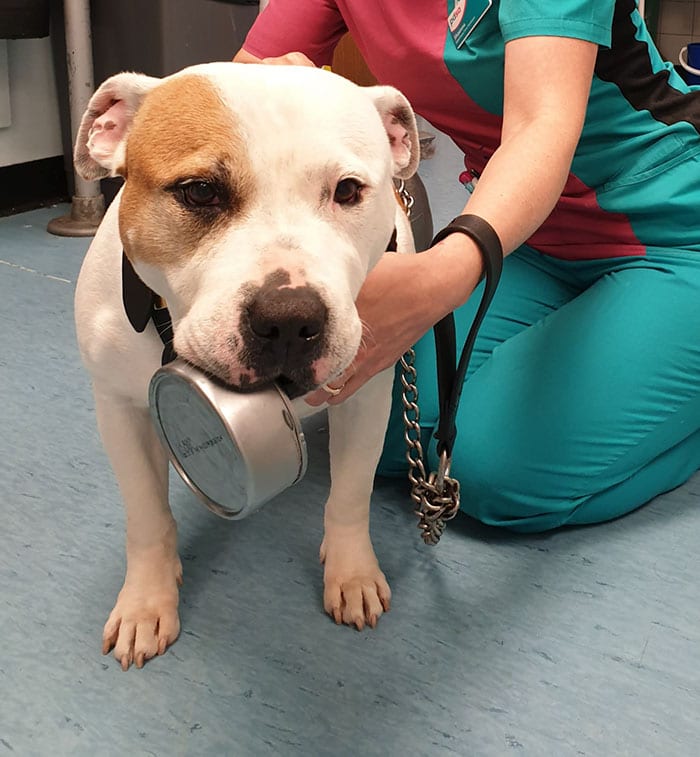 Her owner, Louisa Davis, laid out the story…

“We heard some scuffling in the kitchen and the next thing we saw was a tuna can stuck to her face! It was shocking to see.

Her tongue was trapped in the can and I tried to remove it myself but the tin was so sharp I didn’t want to make it worse and badly cut her.

I called PDSA to see if they could help, and they told me to bring her straight in, said Bonnie’s mother, Louisa Davis.”

Davis took Bonnie to a PDSA pet hospital, the leading veterinary charity in the United Kingdom, where doctors were able to help Bonnie out. 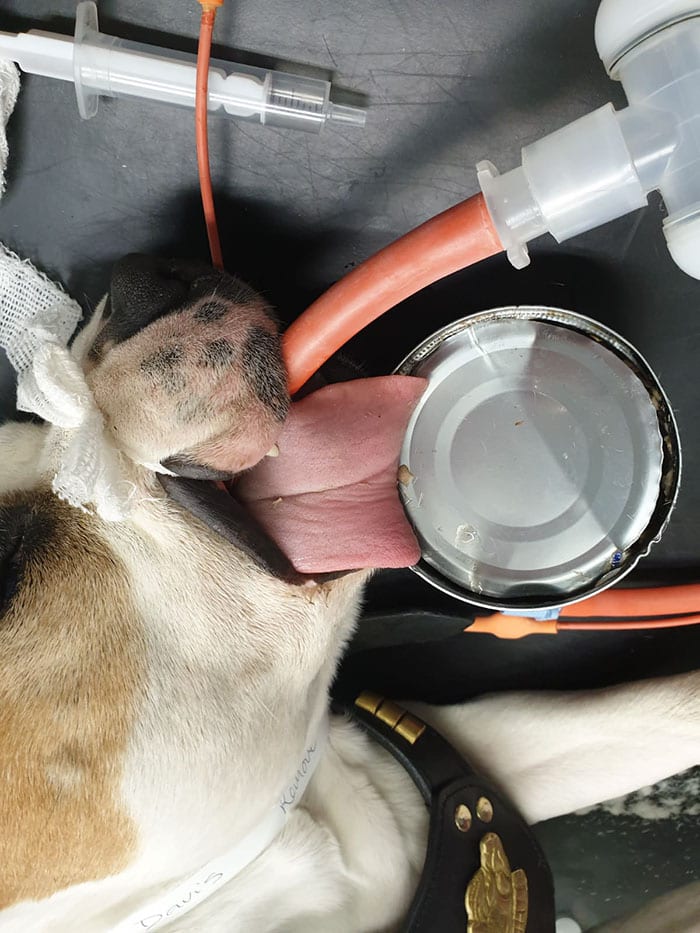 The vets decided to put her under anesthesia, as she was becoming increasingly anxious and distraught.

Luckily, the “surgery” was pretty minor and Bonnie didn’t even need to have stitches. Poor baby! 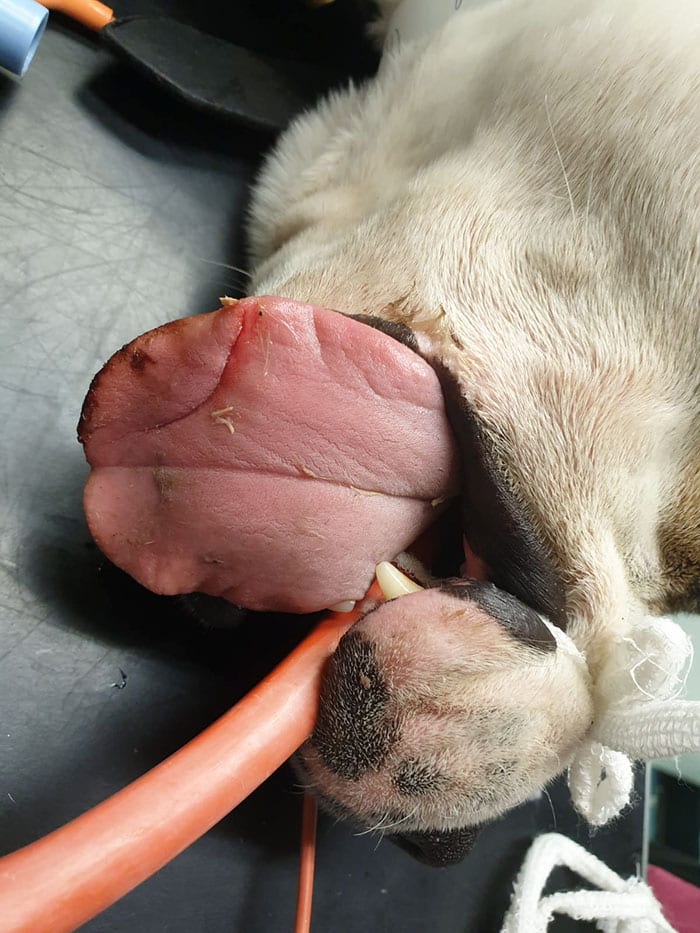 Here’s to a speedy recovery, Bonnie! And we hope your mom breaks down and get you some tuna-flavored treats for all your trouble!

Has your pet ever done anything naughty that resulted in emergency vet care? Let us know in the comments!