The average age of a Catholic nun in America is 76 years of age, so it’s pretty obvious that the vocation is having a difficult time attracting new people. In the millennial age group, only 28% attend regular church service.

Recently, the New York Times reported on a project called Nuns and Nones. The nuns, of course, are religious sisters (technically, nuns are cloistered) and the nones are the participants who claim “none” as their religious affiliation.

Nuns and Nones is a program that arranged for a group of millennials to live in the Sisters of Mercy convent in the San Francisco Bay area. This unorthodox living arrangement was the idea of a young Jewish man named Adam Horowitz (pictured second from right below), and the pilot was overseen by Judy Carle, a 79-year-old Catholic sister. 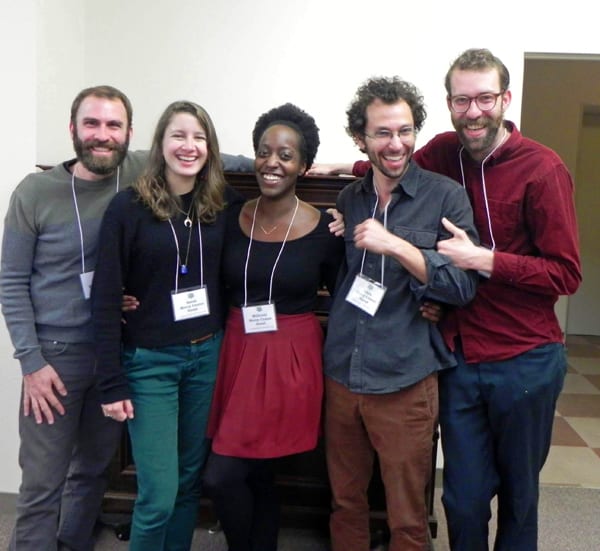 Horowitz came up with the idea of Nuns and Nones while brainstorming about existing groups of radical activists who were totally devoted to their humanitarian causes. He realized these sisters certainly fit the description. 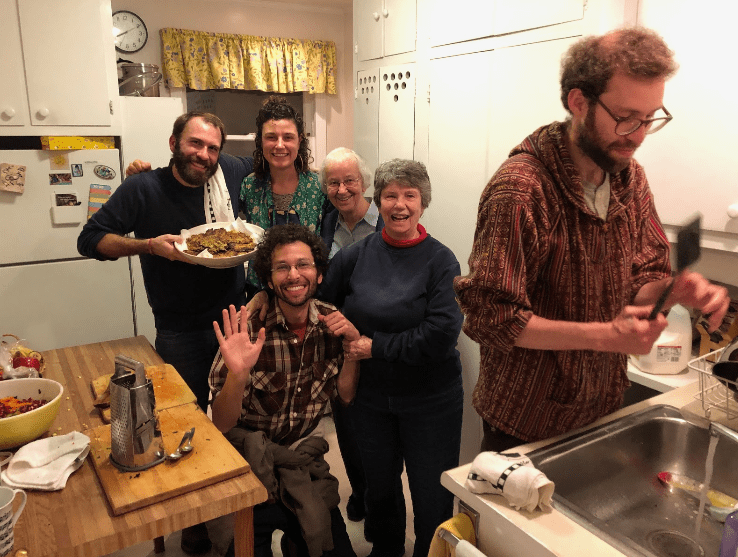 The sisters prepared the rooms for the group of nones, both men and women, for their stay. Each room had a Bible and the dedicated office had some sacred objects including images of Moses as some in the group were Jewish.

The first conversations were about vows. The sisters thought this interesting because their vows of chastity, poverty and obedience were simply a way of life for them. But, they began to see the nones were seeking rituals to bring order to their lives and not necessarily doctrine. 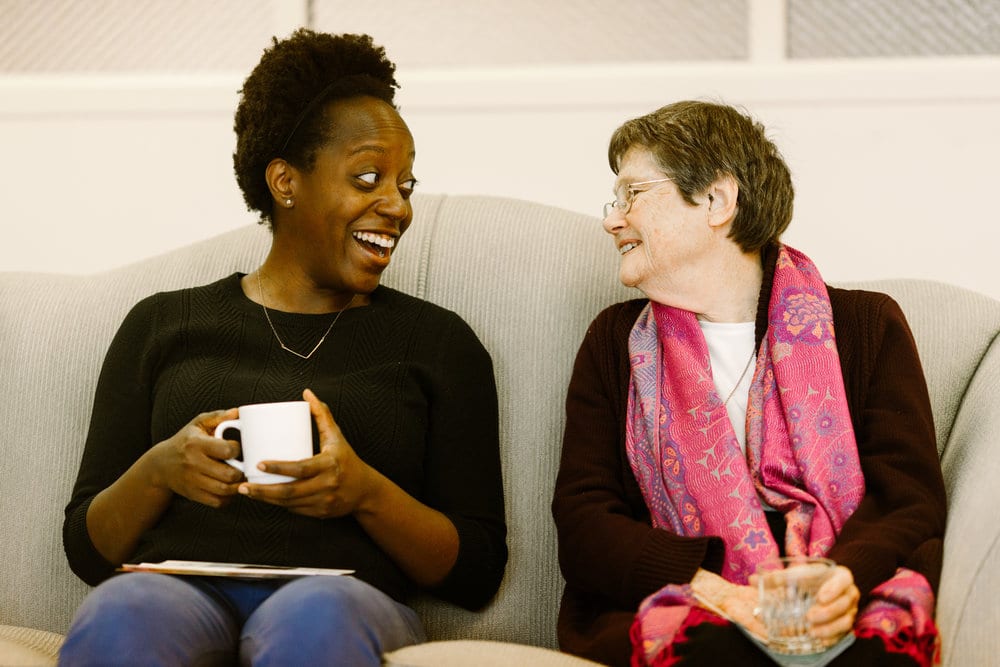 To that end, the millennials liked to participate in the rhythms and ceremonies of the convent like feasts, Easter vigil and even had their feet washed on Holy Thursday. They invited the sisters to Shabbat dinner and came to see them as an integral part of the Roman Catholic Church structure, but also as adventuresome and visionary.

At the end of their stay, the millennials exchanged poems with the sisters. As the young people planned their return to their respective home cities, the Sisters of Mercy, ever the activists for love and peace, were preparing a trip to the U.S.-Mexico border.