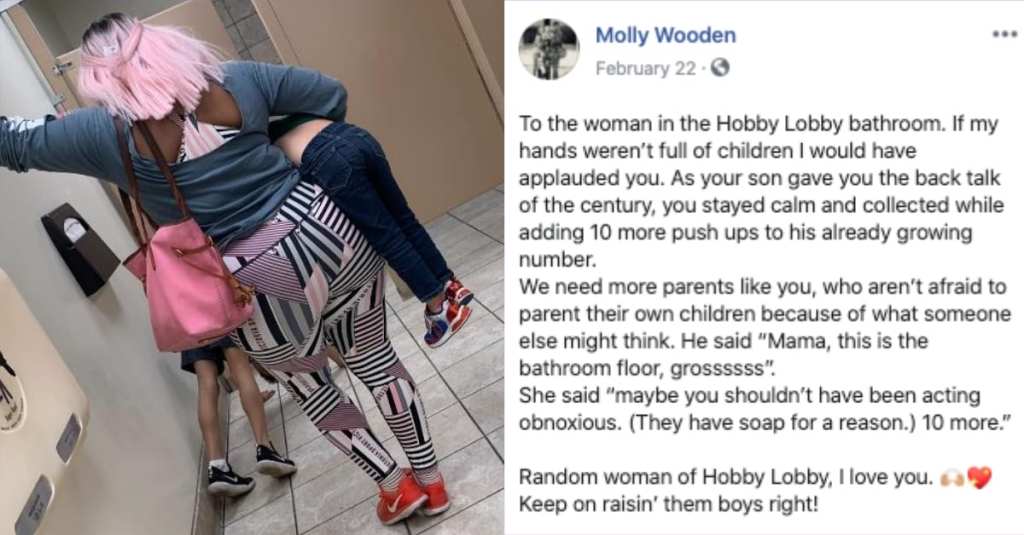 Parenting is no easy feat. From dealing with diapers to the back-and-forth battles to behaving in public, it can be exhausting.

And when a child acts out of the line, that can make matters even more difficult. Every parent handles sticky situations a little different. Disciplining a child means walking a fine line between getting the point across and still showing you care.

In the case of one mom, her idea of punishment has earned a ton of praise online. Let’s just say it was a strong move on her part.

In fact, her unique way of teaching her son a lesson was so creative that it found its way to Facebook.

Molly Wooden, who resides in Fort Hood, Texas, shared a photo of the mom’s idea of punishment in the bathroom of a Hobby Lobby.

That one post has generated tens of thousands of shares and more than 14,000 comments. 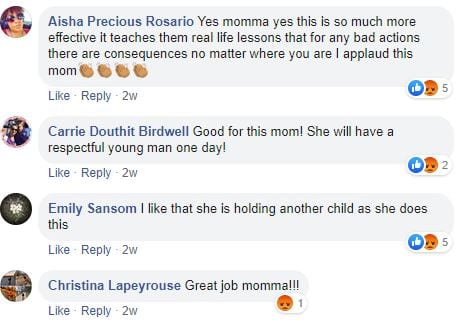 “To the woman in the Hobby Lobby bathroom.

If my hands weren’t full of children I would have applauded you. As your son gave you the back talk of the century, you stayed calm and collected while adding 10 more push-ups to his already growing number.”

The boy obviously wasn’t a huge fan of having to build up his biceps in order to pay his penance. Still, the mom stuck to her guns and got plenty of backup in Wooden’s comments section. 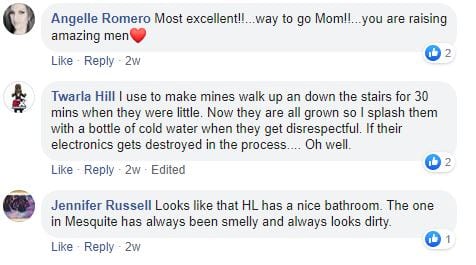 As for the mother from the famous bathroom photo? She and Wooden connected online and had no issue with the public pushup display.

“I have since found the Mom through the power of social media and she promptly thanked me for posting this.

[She] says she appreciates the support and positive comments, and we’re hoping to grab coffee sometime… while supervising push ups that is.”

The online praise was palpable!

The pushup idea may not be a revolutionary punishment, but it is a strong one.

What do you think? Too harsh? Just right?