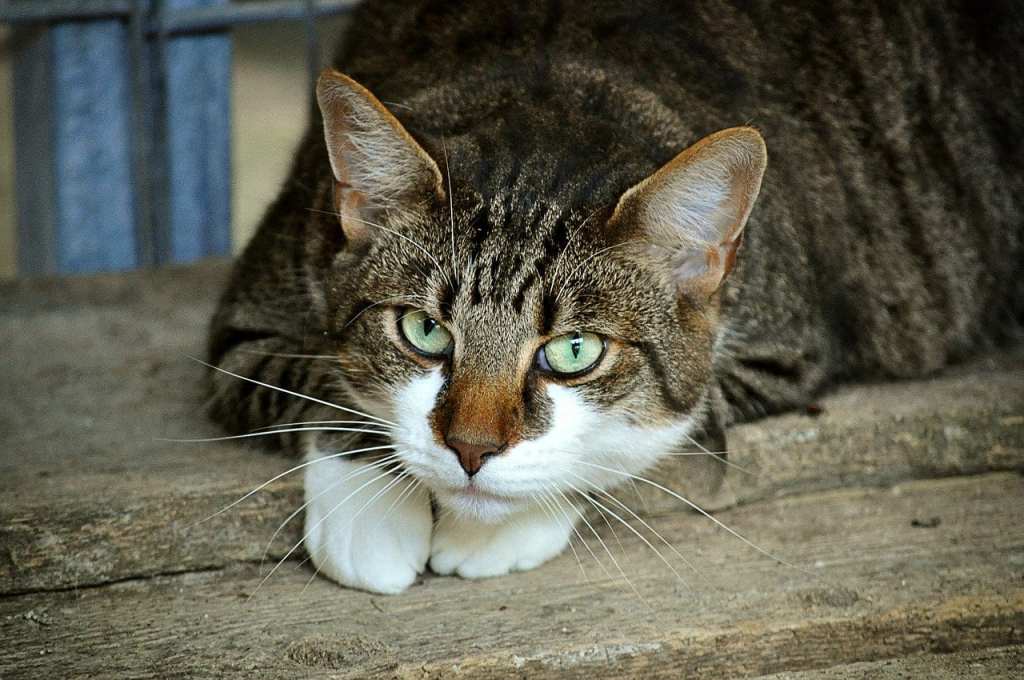 It’s common knowledge that cats DGAF. They generally do whatever they want to, whenever they want to — just because they can. So the idea of a devious cat helping other cats escape is totally believable. That’s exactly what happened at one adoption center in Houston.

Friends For Life Animal Rescue and Adoption Center shared that one of their rescue kitties, Quilty, had to be “banished” to the lobby. Quilty had been cleverly releasing the senior cats from the cat room “several times a day.”

“Quilty will not be contained,” the rescue wrote on Facebook. “And he has no shame.”

The staff “Quilty-proofed” the cat room while Quilty was in the lobby. So, he can no longer break his pals out. The fellow cats are probably disappointed at this development, though.

“His roommates missed him while he was banished to the lobby. They enjoyed their nighttime escapades around the shelter.

The staff, however, did not miss the morning cat wrangling, so we’ll just have to agree to disagree there.”

They added that Quilty has been a skilled vigilante for some time now. He used to let his dog sibling out at his old home, too.

Why does he care so much about other animals’ freedom?

Does he just enjoy f*cking with people? Knowing cats, it’s quite possible.

In any case, the shelter was practically begging someone to come take Quilty away from them.

“If someone out there is looking for a clever cat that gets along with dogs but does not get along with closed doors, we have someone they really need to come and meet.

Please. Come meet him. And take him home.

Their pleas were successful, in large part because Quilty went viral and charmed the whole internet.

There was even a #FreeQuilty campaign. He has now found his forever humans — and probably still can’t be contained by them.