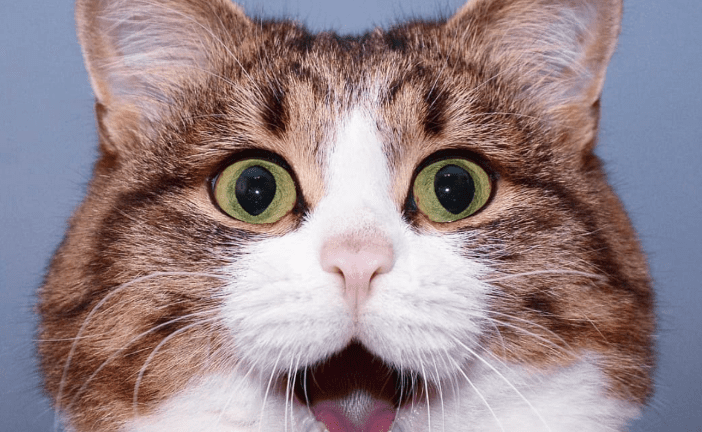 This is not your typical cat story. Rexie is a five-year-old cat who lost feeling in his back legs. According to his human owner, Rexie had a bad start in life.

“The beginning of Rexie’s story is pretty rough: he was mistreated when he was a small kitten and was left with a broken backbone and thus complete rear end paralysis.”

But that doesn’t keep this cat down!

Throwback to when Rexie #unWHEELingly was a school of walk'n'roll student before he dropped out ? #DownWithTheWheelsButtScootingWins

This is severely unfortunate for this little furry guy. But when he found his owner, she learned Rexie was in it to win it.

“Despite having a rough start Rexie focuses on the positive side of life and just enjoys living with what he has. He’s a great example of resistance and a strong spirit, and he shows that even if you are imperfect and fall short physically, you can still live to the fullest. With his vivid facial expressions and a great desire to keep being in this world, Rexie managed to steal hearts of many people worldwide.”

I mean, just look at this guy…

Not only does Rexie get around on some fly pink wheels, but he also enjoys being lazy.

But most of all, he loves the camera. With over 400K Instagram followers, he really is the cat’s meow.

His owner, Dasha, told Metro that Rexie is “very expressive when it comes to showing emotions”

“My personal favorite ones are those where he shows off his little tongue. Of course, it’s not like he sticks his tongue out and waits for me to take a picture. I’d say it’s more of a teamwork kind of thing – between a photographer and a model (in our case, a meowdel).”

“It’s important to catch the right moment on camera for the first, and do all the tongue movements possible for the latter. But the outcomes are never disappointing!”

Rexie can even throw some cat-titude.

When human catches you chewing something stealthily and asks you to show what it is ?? #InterruptedMyFeastNowIAmPissed #ItIsRudeToIntrude

But Dasha does worry about how long Rexie will be around.

“His health remains a fragile matter and we never know how long Rexie is going to be with us or what future is holding for him, but he bravely lives every day and stays positive.”

Picture 1 Rexie: Human said it's a v-day today. We are going on a vacation, I presume!? ?? #VacationSensation Picture 2 Rexie: It wasn't a vacation ?? #VetFret . We're on our way to the vet, it's just a routine check-up. Keeping our fingers and paws crossed that everything goes well ???

Are you just gonna scroll past without double booping the pink snoot? ? . Throwing it way back to the 5 month old hug dealer to make this week's #tbt a bit (a lot) more special because it's #Rexember! ?✨ . Those were the last days of Rexie being on daily medication ? to help him recover from the spinal trauma and get back to normal active life again. That also was the time when he said good bye to his catheter and hello to manual bladder expressions ? He was supurr patient with me learning how it all needs to be done and I admit, at first it was hard and scary ? But with some practice it got #EasyPeasyBladderSqueezy. Literally ?

But so far it appears he is living a REX-ellent life.