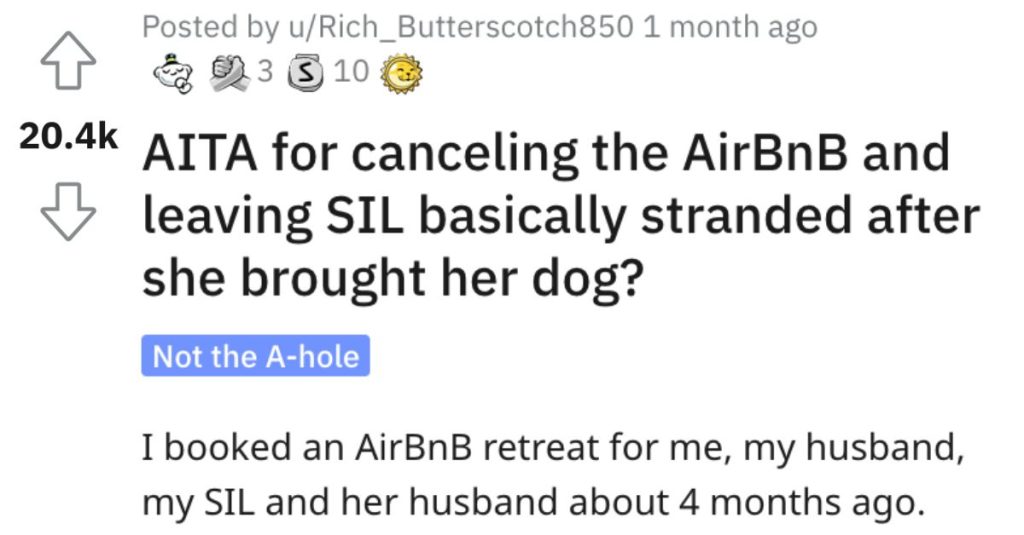 She Canceled Their Airbnb and Left Her Sister-In-Law Stranded. Was She Wrong?

And here’s another reminder that I’m RIGHT!

Because some folks can be a real pain in the you-know-what in those situations.

Check out this story and see if you think this woman acted like a jerk for canceling her Airbnb.

AITA for canceling the AirBnB and leaving SIL basically stranded after she brought her dog?

“I booked an AirBnB retreat for me, my husband, my SIL and her husband about 4 months ago.

The AirBnB was not dog friendly and I made that perfectly clear, as my SIL thinks her dog should be welcomed everywhere, no matter the cost. She said she would find a dog sitter and I had no reason to question it.

The AirBnB was out of state, about 15 hours away on a really nice beach in Tampa. My husband and I flew down and my SIL insisted on driving so she left roughly 24 hours prior to our flight. She said it was cheaper to drive than it was to fly. When my husband and I arrived my SIL and her husband were already sitting in the driveway.

When they saw me pull in she had asked if we got the keys yet, which we had because we met up with the owner along the way and she said “oh good, give them to me quick so I can get Brute instead without being seen”. I just stopped dead in my tracks and was like “Are you f**king kidding me right now?” She kept saying things like “What? I couldnt find anyone to watch him.”

Or “He is f**king old and house broken. I dont know why anyone would be ignorant enough to say no pets allowed.” And basically just kept making excuses as to why she was in the right. My husband is just sitting there completely dumbfounded and shaking his head. I just got back in my rental car and left. I got a refund from AirBnB and dropped the keys off with the woman and explained the situation.

She told me I could still stay there because I’ve been honest but I told her no, the place was too big for just my husband and myself. We end up staying at a significantly less expensive hotel (I paid almost $4k for the week for the AirBnB but only spent $1800 for the week at the hotel).

During this whole time my SIL is blowing us up saying she cant afford to stay down here (my husband and I make a lot more than SIL and her husband so we had agreed to pay for everything) and says she didnt bring anything with her to snack on and couldnt afford prices of s**t here and whatever.

I just straight up ignored her because in my eyes, she tried ruining my trip that I 100% paid for. My MIL is down our throats saying the least we could have done was give them some money for food instead of leaving them stranded and I told her “Nope, they can just drive back home and get food there.”

Now let’s see how Reddit users reacted to this story.

This individual said she’s NTA in any way. 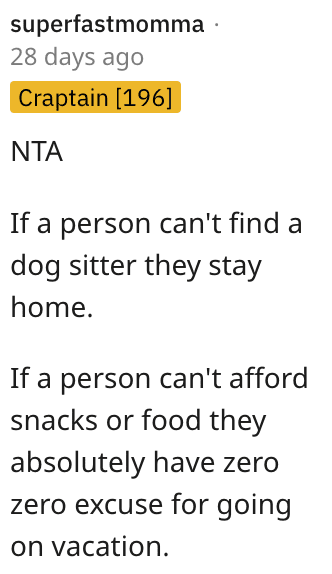 And this Reddit user agreed and said the SIL sounds very entitled. 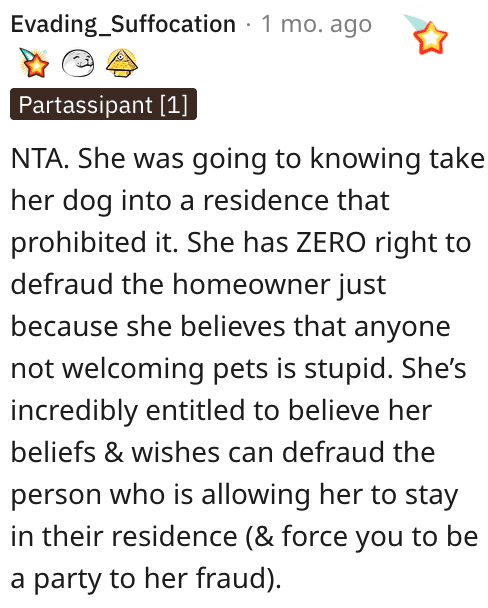 Another reader also said she’s NTA and said they love their dog but they don’t have to hang out with all the time. 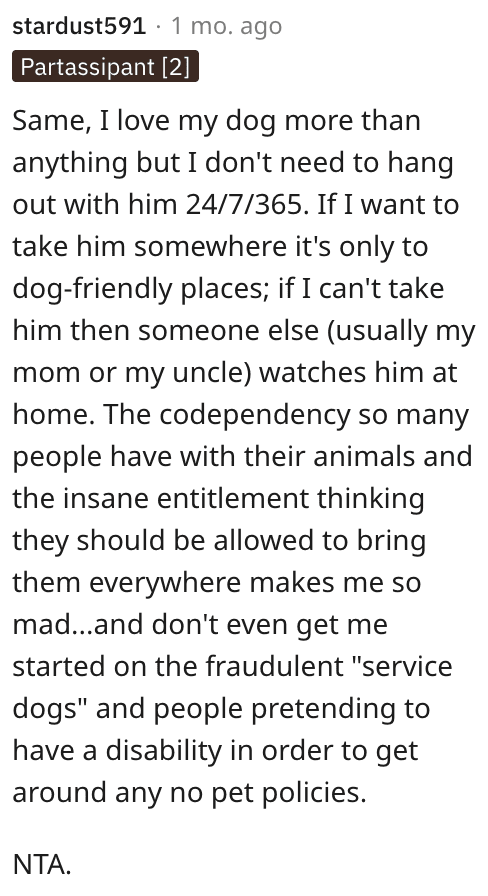