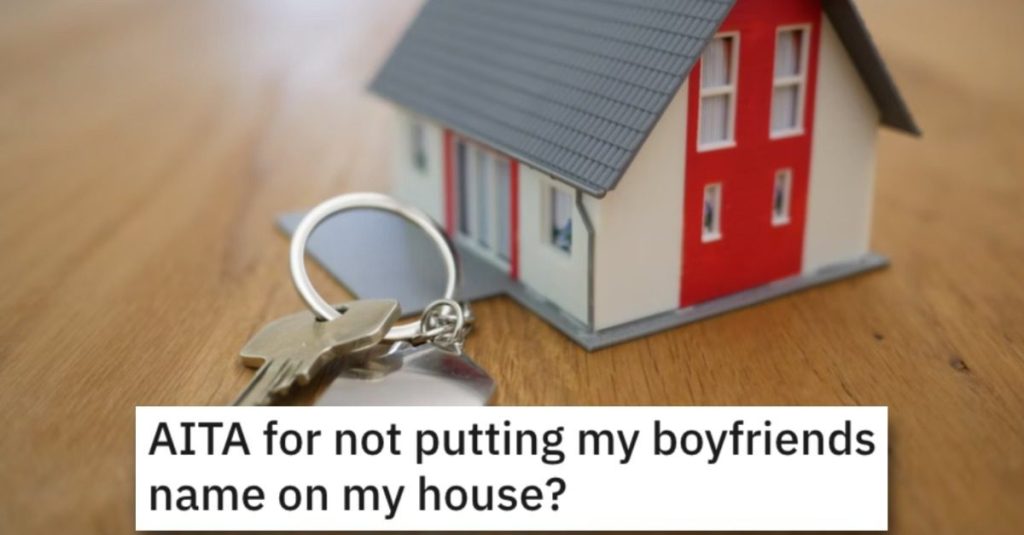 She Didn’t Put Her Boyfriend’s Name on the House She Owns. Is She Wrong?

Things get pretty dicey when it comes to finances between couples who aren’t married…and sometimes even when they are married.

Take a look at this story and see if you think this woman was out of line for not adding her boyfriend’s name to her house.

AITA for not putting my boyfriend’s name on my house?

“I really thought this was normal but so many people are telling me I’m a b**ch for not doing so that it’s starting to mess with my head tbh.

I recently received a house, my grandmother passed away and left her 2 houses to my sister and I. We sat down and between the 2 of us decided that she should have the bigger house as she is married and has 2 kids and another on the way, while I would move into the smaller 2 bedroom house.

My sister’s husband has been added to the title of her house as he helped her pay the tax on it. I was able to pay the tax on mine by myself as it was cheaper due to being smaller, because my boyfriend (3 years) didn’t contribute financially towards it I didn’t think to put him on the title.

We had a housewarming party last weekend and his parents came up to me towards the end of the night and were going on about how lucky BF and I were to be able to live somewhere like this rent free and it gives us such a head start in life and they were very appreciative that I’d given half the house to my bf.

I corrected them that I hadn’t and he wasn’t on the title but was welcome to live with me and not pay rent so that he had more money to put towards his studies (we are both masters students). They immediately became very judgemental saying that I was being unfair not putting his name on the title, and that clearly I didn’t expect the relationship to last, I didn’t trust him etc.

I say they were being unfair and he wasn’t entitled to half of my family’s house and then walked away. Now numerous members of his family have messaged me and him saying I’m a b**ch and I don’t trust him and tell him to watch out because clearly I don’t love him etc.

This reader said she’s NTA and that she needs to block her BF’s family.

And another Reddit user said she shouldn’t add this guy to her house under any circumstances.

This individual also said she’s NTA and that this guy and his entire family sounds really entitled. 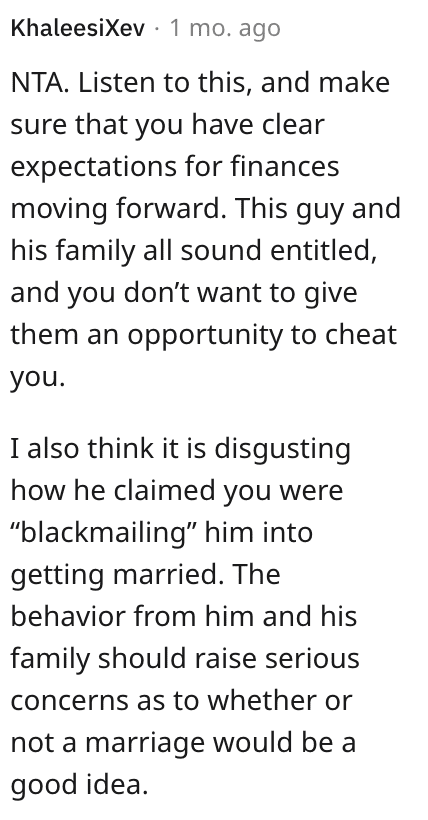 And what do you think?