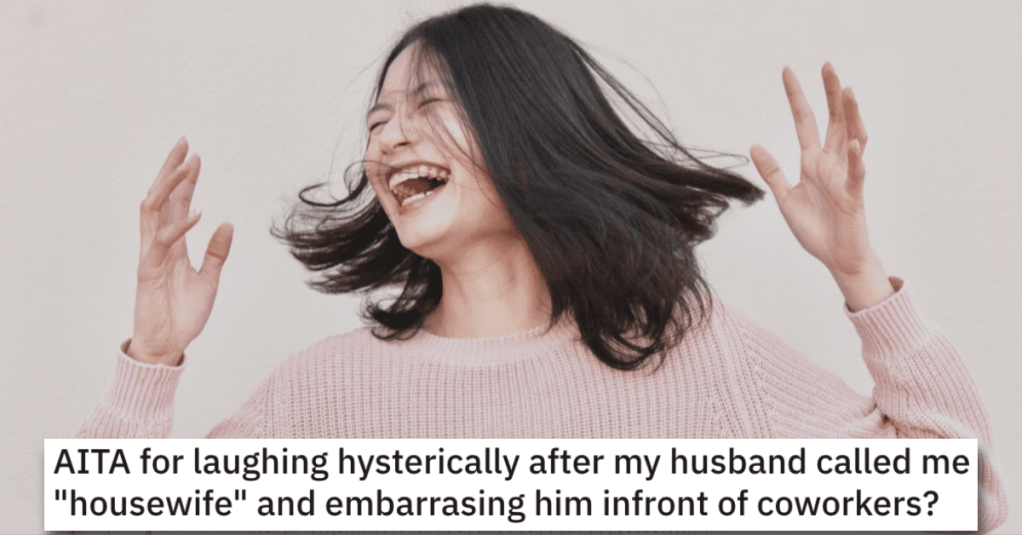 She Embarrassed Her Husband in Front of His Co-Workers After He Called Her a Housewife. Was She Wrong?

You embarrass me in front of people and I’m gonna put you on blast!

I don’t know if those were the exact words this woman uttered in her brain before she put he husband in place for what he said about her, but that’s the image I’m getting in my brain…

Read this story and see if you think she was out of line for what she did and we hope we hear from you in the comments.

AITA for laughing hysterically after my husband called me “housewife” and embarrassing him in front of coworkers?

“My husband invited his new coworkers over for dinner. When they arrived he introduced me by gesturing at me and saying “this is mrs Smith (didn’t even say my name)…the housewife!”.

I looked at him for a second then I started laughing hysterically. I then told said “no honey I work full time and YES I still act like a housewife when I’m home because you simply can’t bother to help”. His co workers were staring at him as he tried to laugh and change the subject and ask what they wanted to drink.

Dinner went super awkward with him giving me looks and stares. Once the guests left he blew up saying I embarrassed him by laughing like a lunatic and then making the comment I made infront of his new coworks and ruining his image.

I told him he was wrong to lie about my status and deny my degree to begin with. He said I could’ve talked to him about it privately later but not like this, and making his coworkers think he’s useless.

He stormed off and has been quiet the entire night.

One person said she’s NTA and offered up some advice for her husband. 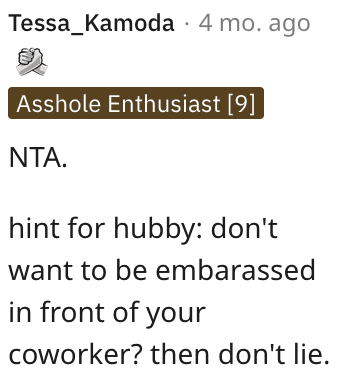 And this individual said her husband totally deserved this. 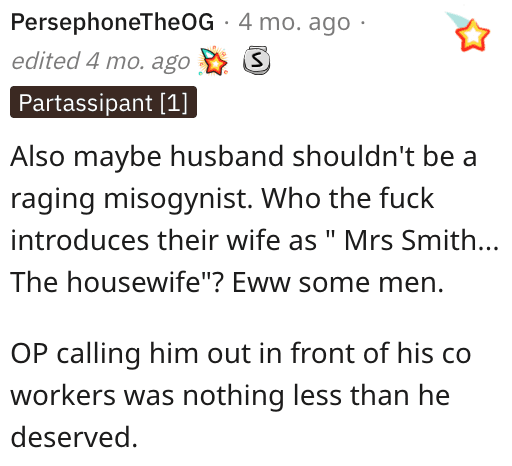 Another individual said she’s NTA and said they’re sick of stories like this with people being rude. 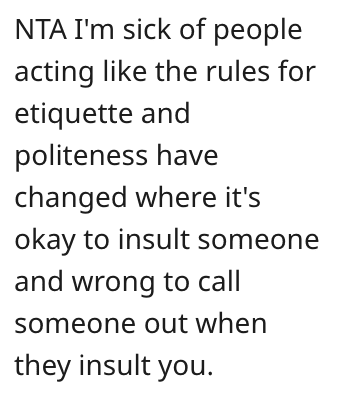