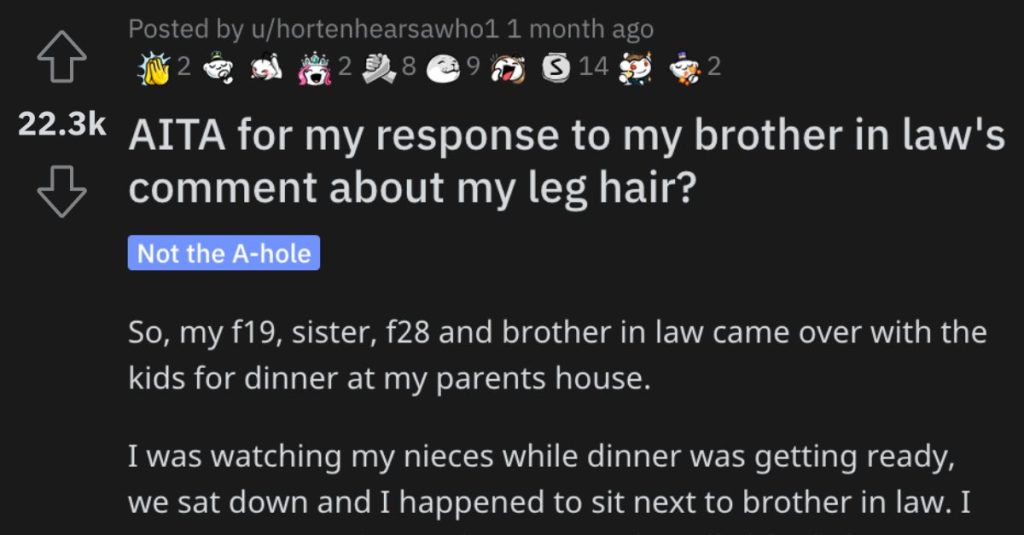 She Fired Back at Her Brother-In-Law When He Made a Comment About Her Body Hair. Was She Wrong?

Guys: here’s a life tip for you: don’t ever, EVER make a comment about a woman’s appearance…unless it’s a compliment.

And no matter what your opinion about body hair on women happens to be, just keep it to yourself, okay?

Okay, now that we have that out of the way, check out this story and see if you think this woman took things a little bit too far.

AITA for my response to my brother in law’s comment about my leg hair?

“So, my f19, sister, f28 and brother in law came over with the kids for dinner at my parents house.

I was watching my nieces while dinner was getting ready, we sat down and I happened to sit next to brother in law. I was wearing a skirt and it was accidentally lifted above my knee, my brother in law looked down at my leg and made face then loudly said “Oh shooo, Op! This is gross, you should’ve shaved, that hair isn’t supposed to be there”.

Everyone stared, I told him “if it’s not supposed to be there then why does it grow there, can you explain?” He was like “it’s just not supposed to be there”, I point at his mustache and say “well, guess the same thing can be said about your little mustache then, huh?”. He looks at me eyes wide open, and awkward silence takes over though some laughed.

My sister told me to knock it off as my brother in law got up from his chair and went inside the bathroom. My sister followed and I could hear him having a breakdown asking her if there was something wrong with his mustache, my brother and I kept giggling but dinner got cut short cause my brother in law wanted to leave.

I later got scolded by my sister saying I stepped over the line and disrespected someone who’s older than me, who’s her husband and demanded I apologize to him for insulting him and ruining dinner.

Check out what folks on Reddit had to say about this.

This person said it sounds like this guy is body shaming. 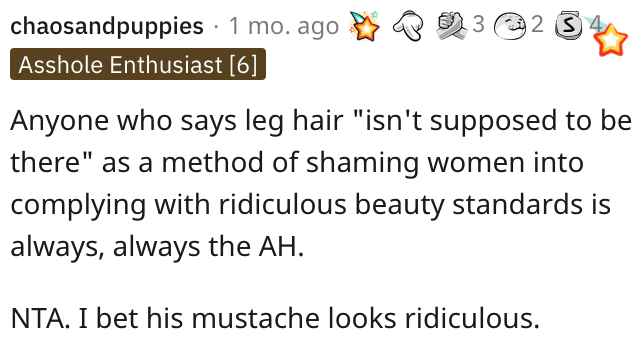 And another Reddit user argued that this guy is acting very inappropriately. 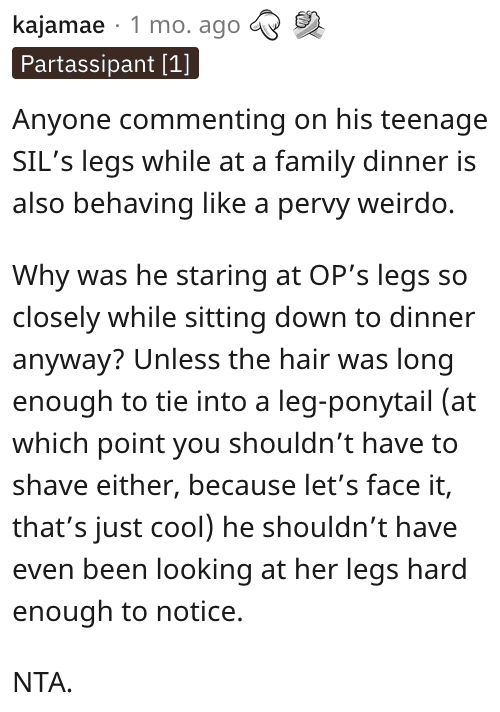 And another reader said she’s NTA and that she should not apologize. 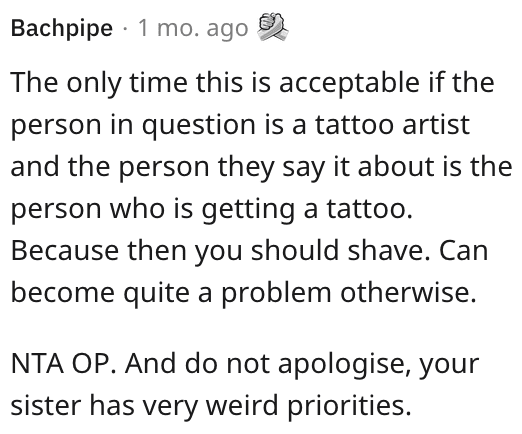