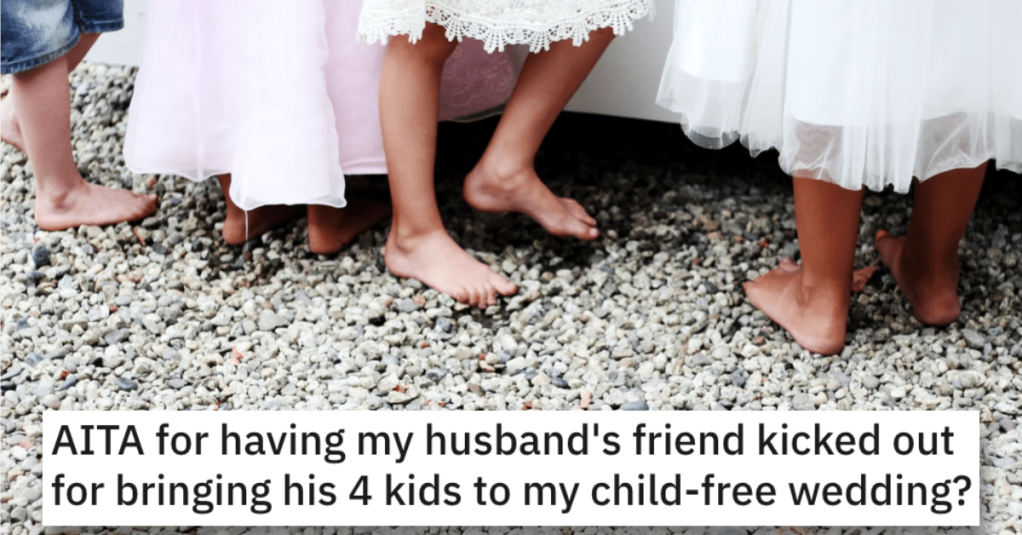 She Kicked Someone Out for Bringing Four Kids to Her Child-Free Wedding. Is She a Jerk?

If a wedding is supposed to be child-free, I think it’s best that all guests abide by the rules…

And every situation is different!

So read all the fine print in this story from Reddit’s “Am I the A**hole?” page and then you can make your judgment about whether this woman was wrong.

AITA for having my husband’s friend kicked out for bringing his 4 kids to my child-free wedding?

“My husband (30) and I (30) got married 2 weeks ago, We decided on a child free wedding due to venue choice, food choice, alcohol, location etc…

we included this rule in every invitation, Including the one my husband’s “bestie” Leo (35) who is a widower with 4 kids. Leo complained to my husband about the rule but that is that.

At the wedding my husband said he was worried his friend Leo may not come since “I” refused to let him bring his kids, But about almost an hour into the wedding, We start hearing noise from a distance.

we look closely and see Leo standing there with his 4 kids dressed nicely. he was arguing with the staff about the kids not being allowed. I felt horrible because the staff was drilling that this an adult only wedding and the kids needed to leave but Leo kept arguing and went as far as yell out my husband’s name telling him to come tell the staff off since it’s “his” wedding. I was so upset and embarrassed but I kept my composure and went over to talk to Leo.

I told him to either get the kids somewhere else and come back or just leave. he acted offended saying this is his best friend’s wedding and he was invited to it. I said I was sorry but the rule is followed by everybody, and everybody should respect that.

He argued about how he wasn’t just a random guest but was family but I said it still applies. I insisted he make his choice but he doubled down talking about how he couldn’t find babysitter and how he shouldn’t have to miss his best friend’s wedding.

I had the staff escort him and his kids out after he kept pushing which led to some of my husband’s friends to complain saying Leo has special circumstances because he’s a widower and it’s essentially my fault for not providing babysitting options for guests.

wedding went on after that, but my husband was angry. he said this is his best friend that I just caused to miss his wedding. he said Leo stopped answering his calls (til today) and respond to his messages because of what I did.

Now my husband believes that I have just ruined his relationship with his friend when I could’ve just made an exception for him and the kids since they were there already.

This reader said there’s no way this woman was the a**hole in this situation. 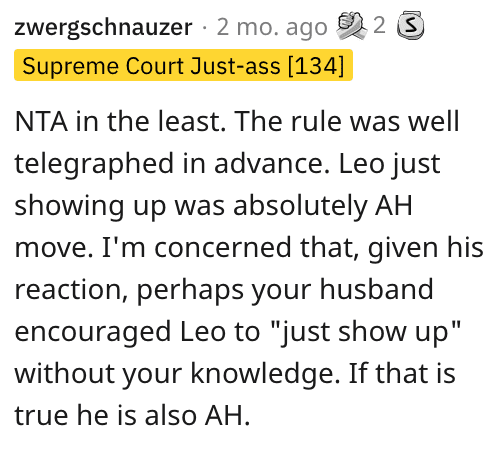 And another individual brought up a very interesting point. 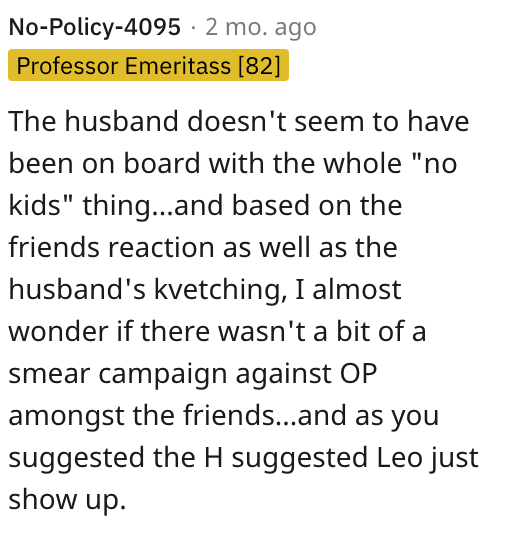 This Reddit user said the husband could have figured this out but instead made it worse. 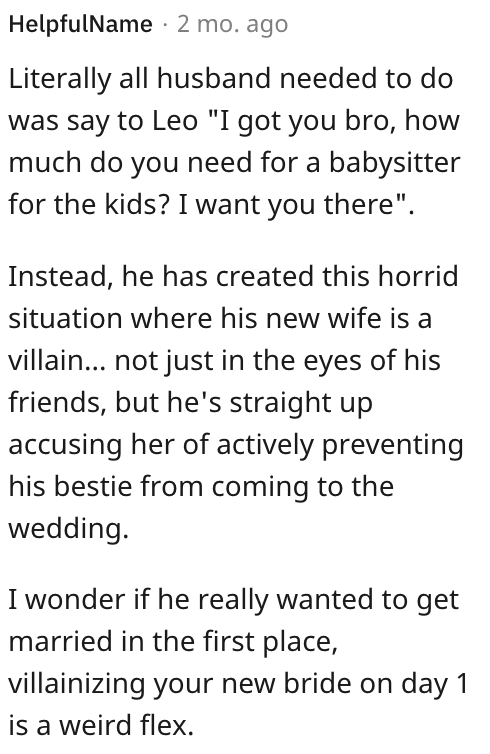