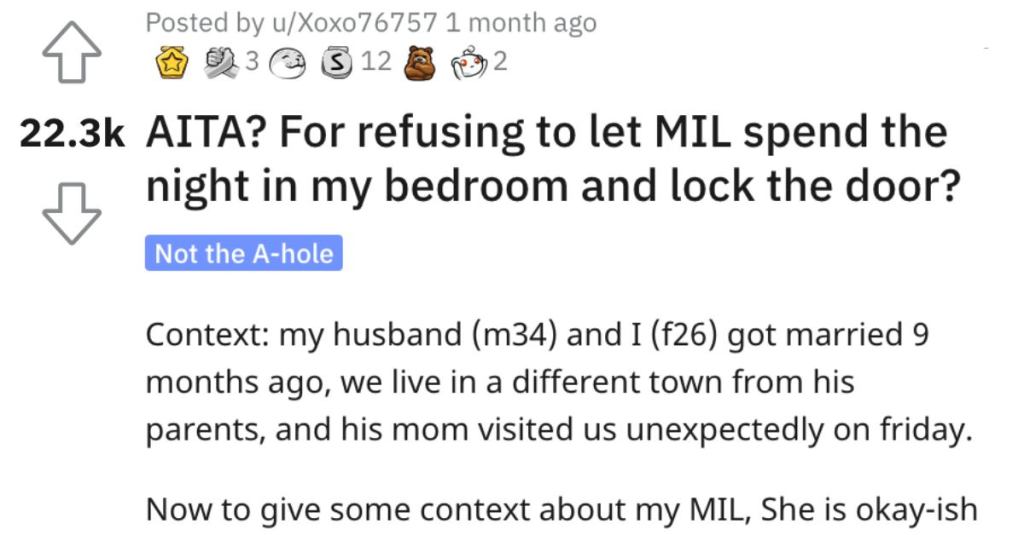 She Refused to Let Her Mother-In-Law Sleep in Her Bedroom. Was She Wrong?

Well, this is kind of a weird one…

But what else do you expect from stories that folks share on the “Am I the A**hole?” page on Reddit?

Read on to see what happened and if you think this woman is acting like a jerk.

AITA for refusing to let MIL spend the night in my bedroom and lock the door?

“Context: my husband (m34) and I (f26) got married 9 months ago, we live in a different town from his parents, and his mom visited us unexpectedly on friday.

Now to give some context about my MIL, She is okay-ish but has no respect for her son’s privacy and by extension, mine.

When it was time to go to bed, MIL requested that we let her sleep in the bedroom, on the master bed, not just that but lock the door as well because she explained she can’t feel comfortable enough to sleep without locking the door. I found this bizarre but I politely declined and suggested other options like the guest room, couch and air mattress but no she turned around and presented these options to me.

My husband agreed but I said no. This initiated an argument between her and I. During the argument I pointed put how I didn’t want to be kept out of my room and away from my stuff but she lashed out at my husband saying “Don’t you just stand there! Say something!”.

My husband told me to let her it’s just one night, but I told her those were all the options I had for her and if she didn’t like them then I could book her in a hotel. She took it as in I was kicking her out and started crying which made my husband upset.

She left at 12am and my husband blew up saying I disrespected his mom who was a GUEST at our house and treated her poorly, he then reminded me it’s our bedroom not just mine and I acted horribly to her causing her to go stay at a hotel in the middle of the night.

He went to book a room in the same hotel as her and turned his phone off. The next day she went home and told the family who berated me calling my behavior towards MIL abhorrent and loathsome, now my husband is complaining about how I keep trying to ruin his relationship with his family and push them away.

But I want to know if I was really TA?”

Here’s what people on Reddit had to say about this.

This person said this woman is NTA and that she should probably get a divorce ASAP. 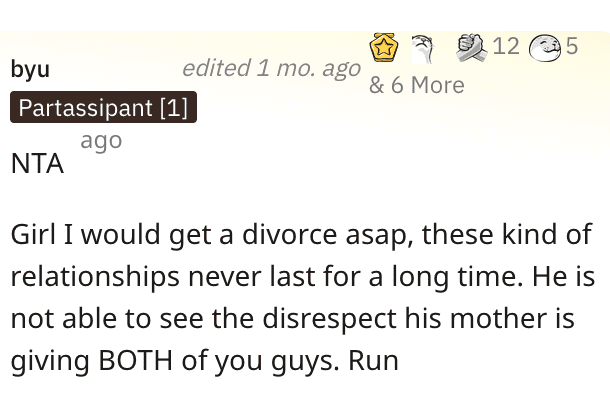 And this Reddit user offered their opinion about why the mother wanted to stay there. 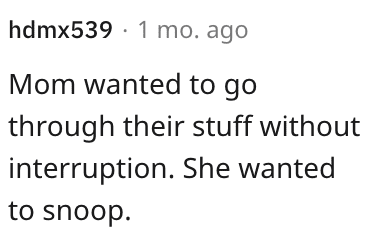 Another individual said the mother-in-law is an a**hole AND so is the woman’s husband. 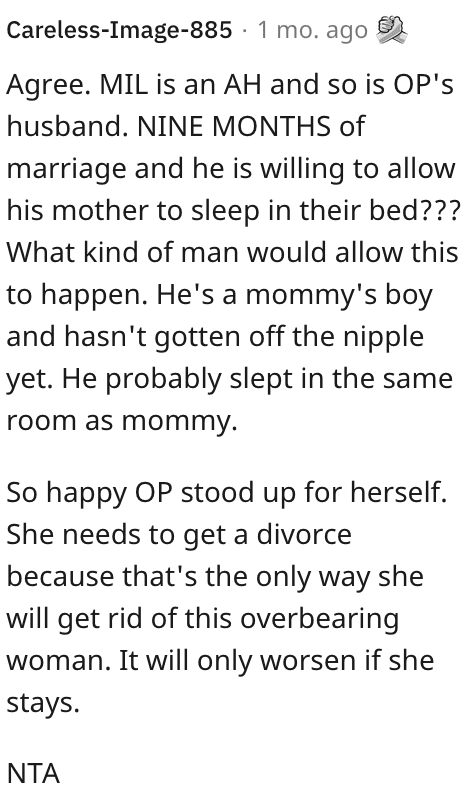