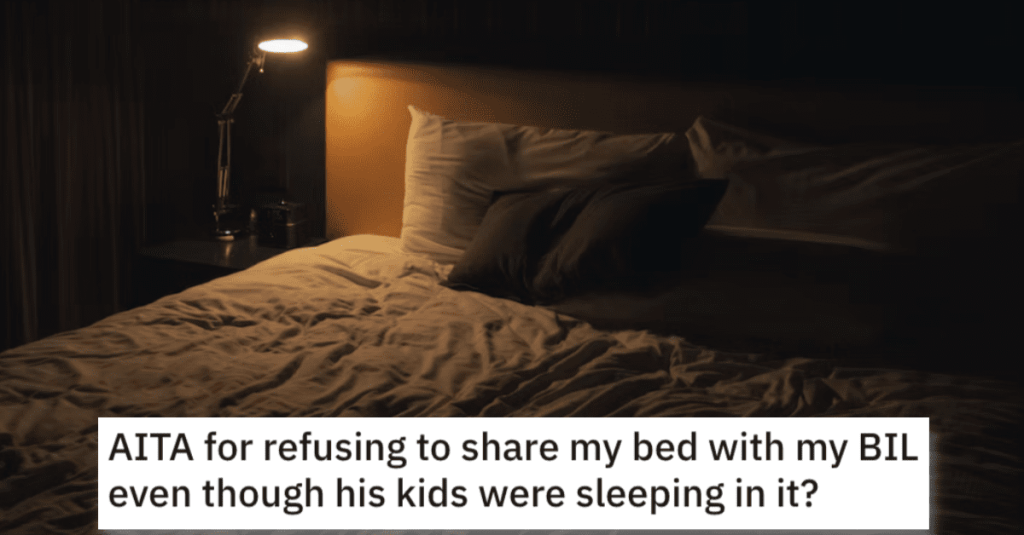 She Refused to Share a Bed With Her Brother-In-Law Even Though His Kids Were Sleeping in It. Was She Wrong?

This is just weird…

What kind of a man insists that his sister-in-law share a bed with him…and with his kids?

But let’s get all the details before we jump to conclusions.

Read on to see what happened and if this woman was out of line.

AITA for refusing to share my bed with my BIL even though his kids were sleeping in it?

“My f30 sister f35 passed away 2 months ago. she has 2 kids (3&5) and I help take care of them by either visiting BIL’s house or have them come over to mine.

Days ago, BIL left the kids with me for the day then called in the evening asking if I could have them stay with me for the night. I of course agreed. the kids and I fell asleep while we were reading a story and then at 1 am. I woke up to some noise.

I opened my eyes and saw my BIL slowly claimbing in bed. I freaked out asking what he was doing. He tried to calm me down then said that he saw the kids were with me and wanted to “join us”. This did not sit right with me…I was confused I asked how he thought this was an appropriate thing to do and he again said that his kids were there so he didn’t think I’d mind him being with them.

I felt extremly uncomfortable I got up and asked him to please leave the room but he objected saying “I can’t keep him away from his kids” I told him that I’d have the kids join him in a minute. He eventually walked out. he had the kids get dressed and took them home after calling what I did “unnecesarily cruel” and “rude”.

Next day I tried to call to check on the kids but he was still upset saying they were asleep after I interrupted their sleep by refusing to let him join us in bed. I hung up and felt so many things all at once. I told my mom and she said I had to apologize for how I behaved towards my grieving BIL.

AITA for saying no?”

This person said she’s NTA and she was just keeping this guy from creeping. 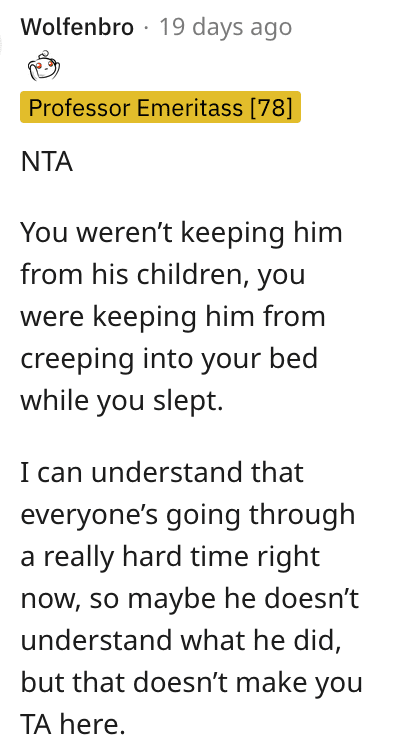 Another individual also said she’s NTA and that this was not a mistake by this guy. 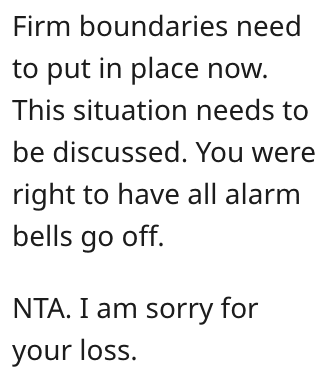