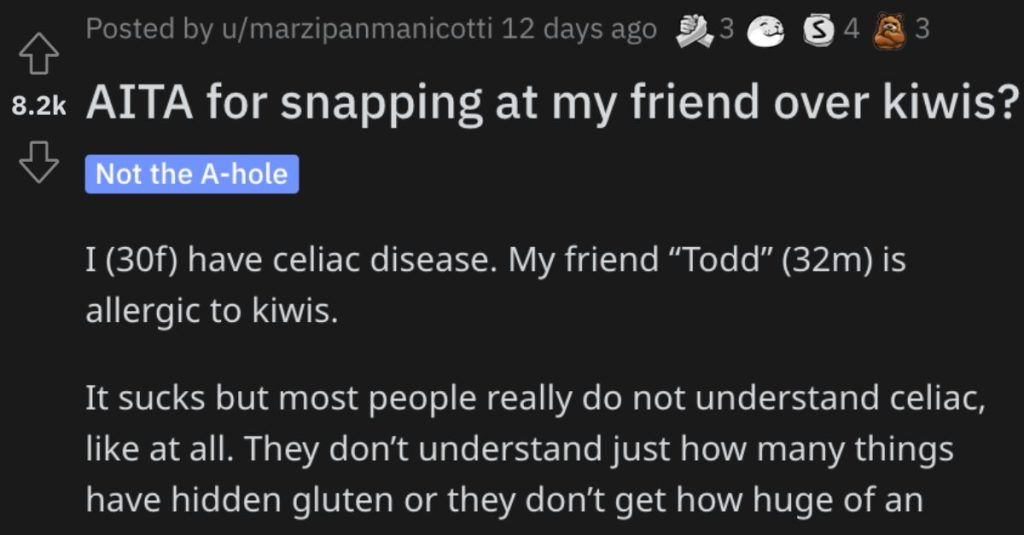 She Snapped at Her Friend Over Food She’s Allergic To. Did She Go Too Far?

I have a few friends and family members with celiac disease and if I’ve learned anything, it’s that you never, ever mess with their food.

And a woman with celiac got really peeved at a friend of hers who she felt really messed up when it came to her specific diet.

But did she go over the line?

In this story, by the way, “kiwis” are birds, not the fruit we all know and love.

AITA for snapping at my friend over kiwis?

It sucks but most people really do not understand celiac, like at all. They don’t understand just how many things have hidden gluten or they don’t get how huge of an issue cross contamination is. And since I don’t drop d**d on the spot if I do get glutened, there can be a misconception that it’s not as dangerous or painful as it really is. I have 3 people in my life that I trust to cook for me and I’m honestly lucky to have that many.

A few months ago, Todd bought his first house and had a housewarming bbq. He came up to me with a big smile and let me know that he made gluten free chicken for me.

I don’t want to sound ungrateful, I really do appreciate when people try to include me. But at the same time, I wish they wouldn’t. Its so uncomfortable to have to question them about what they used and then still have to turn it down because they used soy sauce or something. People take it personally. They hear “you didn’t do a good enough job”. It sucks to hurt peoples feelings

I asked if he knew if it was gluten free Worcestershire sauce and he rolled his eyes at me before asking if “I was going to make a thing out of this”. I didn’t want to start asking to see bottles because this was awkward enough already so I politely explained that I didn’t think I’d be able to eat it if I couldn’t be sure. He was irritated but seemed to get over it.

Except he hasn’t. He later told my boyfriend that I purposefully humiliated him by asking him questions that he didn’t know and I should’ve just eaten it because a little bit wouldn’t even hurt me anyway. Which is not true at all and my boyfriend told him so.

I see him maybe two times a month in group settings. Anything I bring – potato salad, chips, even f**king bourbon, is met with a very dramatic “I can’t eat that, there might be kiwis in it!”. He never did this before the bbq and doesn’t do this to anyone else.

It’s obvious that it’s intended to “get back” at me for not eating his chicken and not out of legit concern that I’m hiding kiwi in the guacamole. I also don’t like to speculate on other peoples health but I’ve watched him pick kiwi out of fruit salad before eating it so it would seem that cross contamination is not a concern for him.

He did it this weekend when I showed up to our mutual friends house with snacks. I finally snapped and told him that no, there was no kiwi because unlike him, I was willing to take a moment to read labels in order to protect the people around me.

He got mad and left. Some people there told me I should’ve just let it go but I just got so fed up in the moment.”

This Reddit user said that people with celiac can suffer serious health issues if they eat gluten…and no, this woman is not an a**hole. 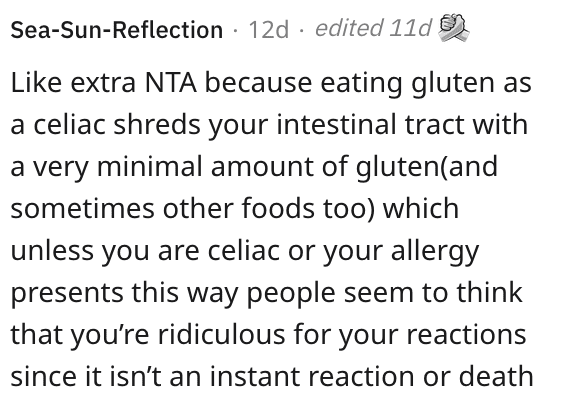 Another reader said that celiac disease can be so serious that it can actually end someone’s life, so it’s nothing to mess around with. 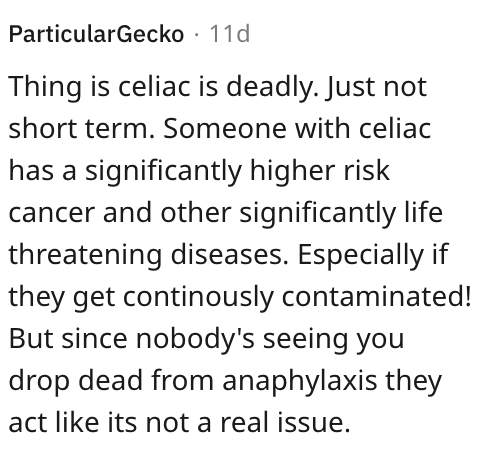 This individual argued that the woman’s friend tried to make himself out to be the victim in this story. 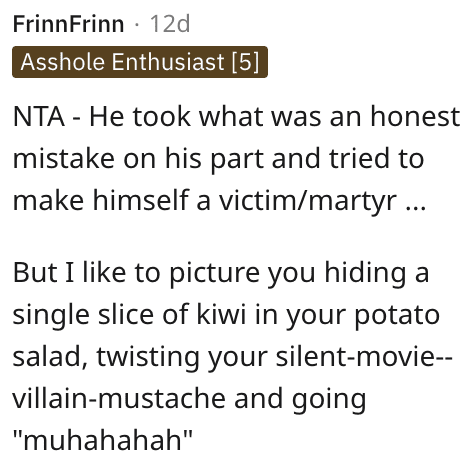 Finally, this Reddit user said that the guy acted very immaturely and that he should have just apologized like an adult. 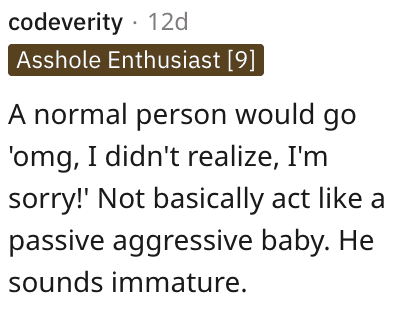 Did this woman overreact?

Or was she totally justified for getting angry?