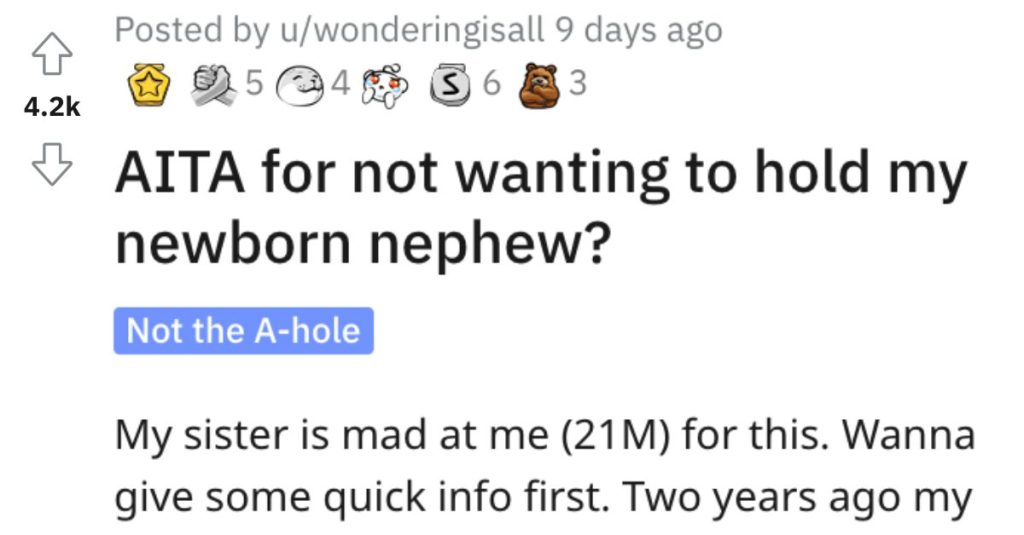 This Man Doesn’t Want to Hold His Newborn Nephew. Is He Acting Like a Jerk?

Hey, not everyone wants to hold babies?

Heck, some people don’t even want to be NEAR babies.

But, as you can imagine, that can lead to some hurt feelings when it comes to family members and their newborns.

Take a look at this story and stick around to see how readers reacted on Reddit.

AITA for not wanting to hold my newborn nephew?

“My sister is mad at me (21M) for this. Wanna give some quick info first.

Two years ago my girlfriend and I had a baby girl. But she was born premature, she was so small. I only got to hold her once before she passed. It was really really hard I loved her so much but now that it’s been a while I didn’t think these feelings would come up when my sister announced she was pregnant.

We were all happy for her including me. Thought it was cool to become an uncle. She gave birth and my nephews a month old. We came over for the first time to her house last weekend. Everyone wanted to hold him. My mom was by me when my sister handed her the baby. And idk but me seeing him moving around making noises it took me back to thinking about her.

I haven’t been close to another baby since my daughter, this would be my 2nd time ever holding a baby and wasn’t my daughter and in my head I’m thinking “I can’t do this.” My mom asked if I wanna hold him. I told her it’s okay she can keep holding him and my mom nodded to me like she understood.

But my sister joked that her son doesn’t bite so what’s the problem. I told her no problem just didn’t feel right. We went on like nothing. My dad held him for a bit and everyone talking.

Again my sister brings up how come I don’t wanna hold her son. Do I have a problem with him? I told her no it’s not like that it just hitting me right now and idk if I’ll feel right holding him. It’s bringing up some hard feelings remembering my daughter is what I told her. My sister didn’t say anything else but she was “quiet mad”.

We left hours later then she called me to tell me what she really feels. She can’t believe I tried to make it about me during a time when it was meant to be a happy first meeting and I’m an a** for not wanting to hold my nephew. Because it’s like I’m rejecting him and taking it out on him that I don’t have a daughter anymore. It wasn’t like that and I tried to tell her it was gonna be heavy for me to hold him so didn’t think I would be able to handle.

She still thinks I was really sh**ty and she wants a real apology. My girlfriend says f**k her, I wanna agree but idk if it’s that defensive part of me that doesn’t think I did anything wrong.

Uh oh…now let’s take a look at what Reddit users had to say.

This reader said that this man’s sister needs a serious reality check. 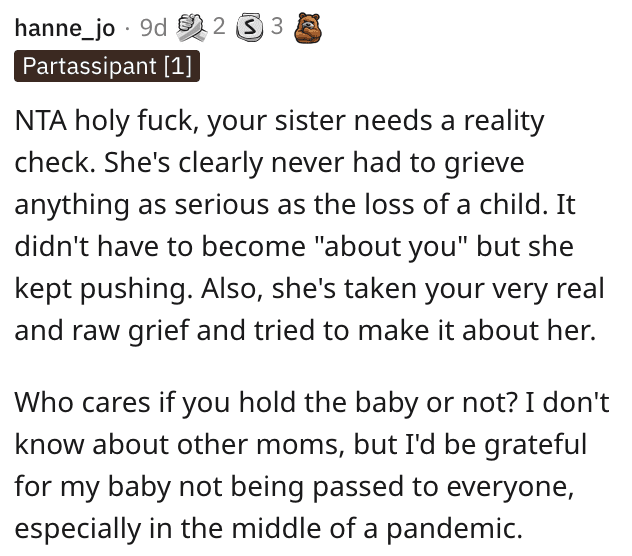 Another person had a pretty gross story to share…you gotta be careful with those little ones, FYI. 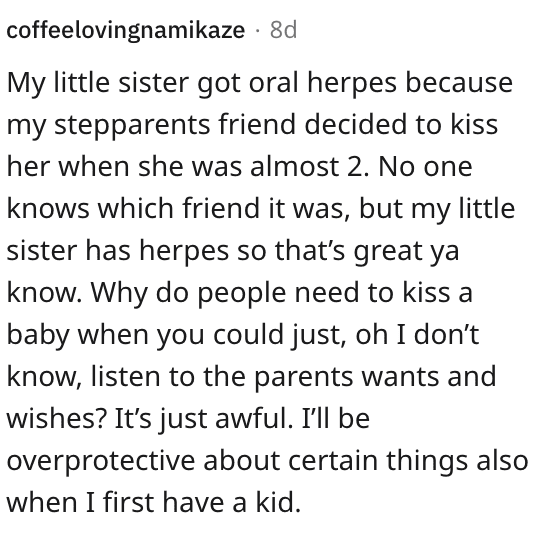 One individual said that any kind of virus can be very dangerous to infants. 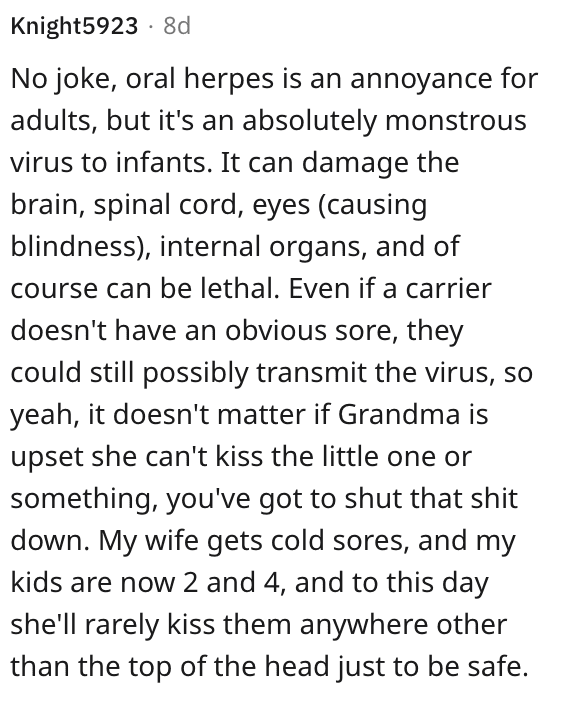 And lastly, this person said that the woman in the story should have just respected the man’s boundaries and that would have been the end of it. 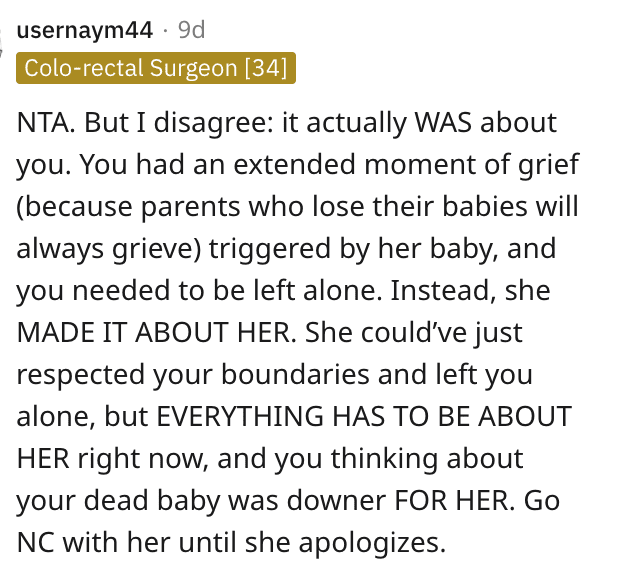 Do you think this man acted like a jerk?