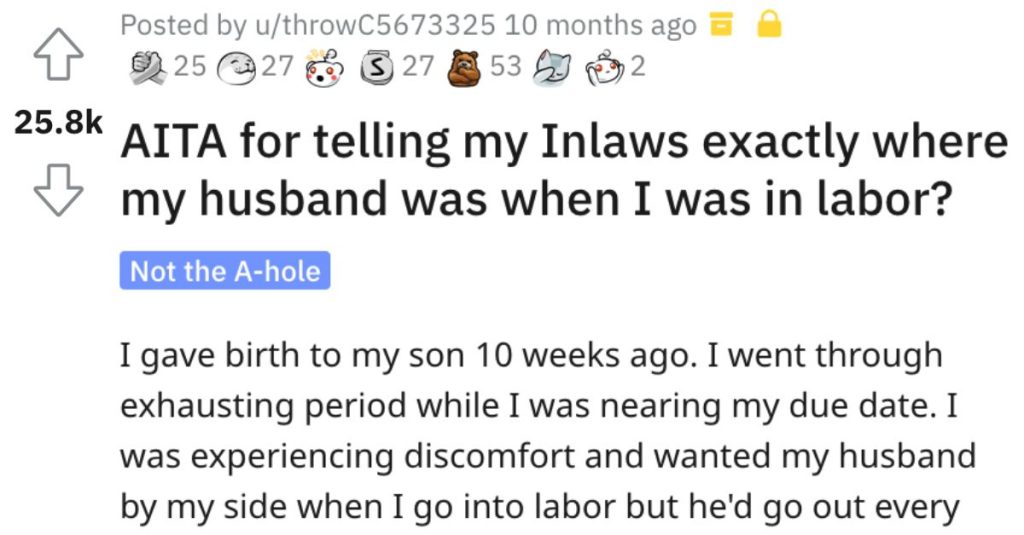 She Told Her In-Laws Where Her Husband Was When She Was in Labor. Was She Wrong?

The truth hurts…especially when it comes to putting your husband on blast to his own parents!

AITA for telling my in-laws exactly where my husband was when I was in labor?

“I gave birth to my son 10 weeks ago. I went through exhausting period while I was nearing my due date. I was experiencing discomfort and wanted my husband by my side when I go into labor but he’d go out every night to hang out at his friend’s place and watch football games.

I suggested that he play/watch games at home just in case but he was having none of it and said he had to attend game night at his brother& friend’s place along with his buddies. He said they had certain… How can i describe it? “rituals?” when watching a game and he can’t enjoy doing it at home or anywhere else.

The night of our son’s birth my water broke while my husband was at his buddies place watching a game. I called him and told him to get home and take me to the hospital he said he was coming but he didn’t. I ended up calling my sister (she lives nearby) and she took me to the hospital. My husband showed up 2hrs later after he kept calling asking if I was still in labor and that he was almost done watching the game.

He was able to make it on time for our son’s birth but I was furious with him, mad and disappointed. He apologized profoundly and has been working on regaining my trust and respect for him after what he’s done. He’s otherwise very supportive and involved in our son’s care.

Last night I was at my in-laws house for dinner and we were talking about my son’s birth date. My husband suddenly started “recalling” what happened that night and basically started lying about driving me to the hospital, waiting and feeling stressed out and standing on his feet for so long without food or even water.

I was confused I said no! none of this was true, none of this happened in fact, he was watching a game when I went into labor and I wanted him to drive me to the hospital but didn’t show up till 2 hours later. My mother in law who takes no s**t from anybody and whom everyone fears lost it on him yelling asking him if that was true and he kept quiet. she started berating him left and right telling him to sit down and shut up when he stood up to argue then told him to stand up when he was sitting arguing.

Everyone was laughing at how she basically treated him as if he was a boy in trouble. She kept saying “Shame shame shame! on you, this is not how I raised my children to treat their wives, Jordan you are a disgrace and I’m disappointed because of what I heard about you”.

He literally swallowed every bit of his mother’s berating and didn’t say anything til we got home where he went nuts saying I made him look neglectful, a bad husband and father by telling the family about where he was and said I shouldn’t have said anything but I argued it wasn’t okay for him to lie and play hero in front of his parents. He said I just caused a rift between him and family and asked if I was happy now.

AITA? Should I have not said anything?: 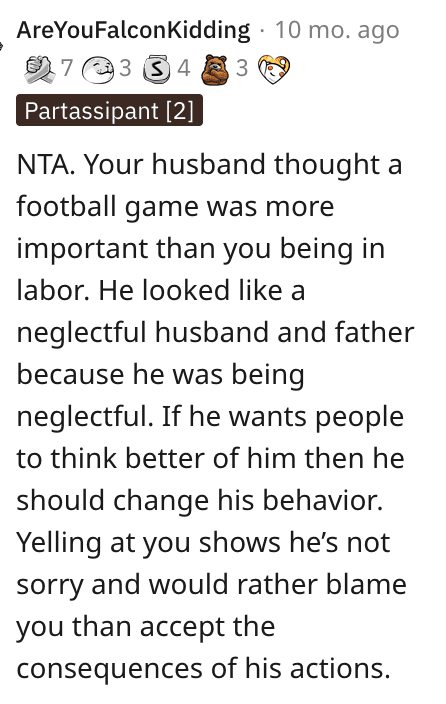 And this individual said she doesn’t need to cover for his bad behavior. 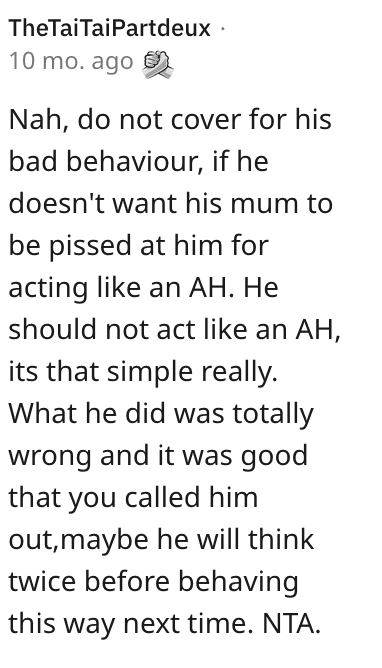 Another Reddit user said that her husband wants to keep up appearances of being a great husband but she just burst that bubble.