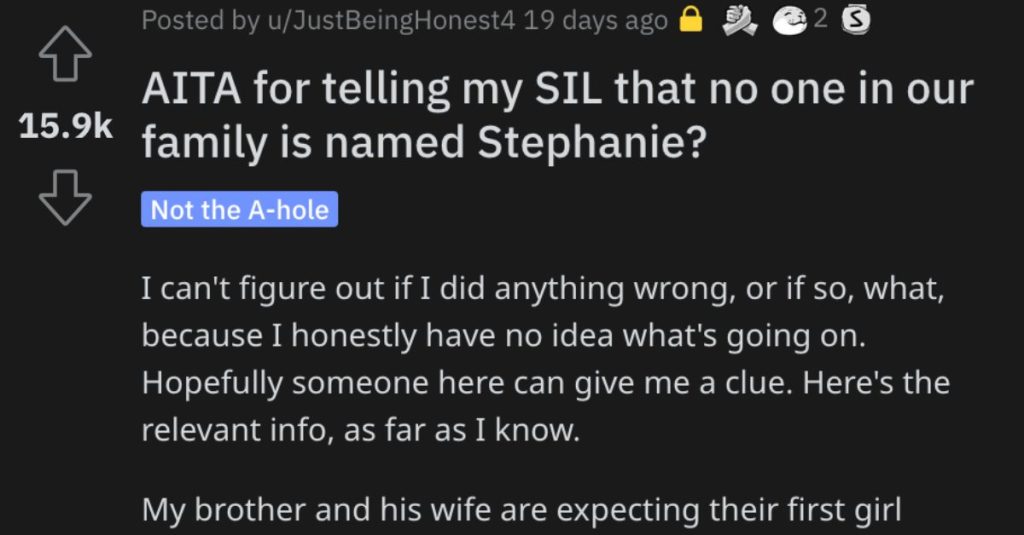 She Told Her Sister-In-Law That No One in Their Family Is Named Stephanie. Was She Rude?

I don’t know anyone named Stephanie…

Because apparently this remark led to some serious drama in this family.

Get the whole story below and see what you think.

AITA for telling my SIL that no one in our family is named Stephanie?

“I can’t figure out if I did anything wrong, or if so, what, because I honestly have no idea what’s going on. Hopefully someone here can give me a clue. Here’s the relevant info, as far as I know.

My brother and his wife are expecting their first girl after two boys. I love Ricky and Jace, and so does my SIL, but she has always wanted a girl and is very excited to be having one. She also wants to name the girl Chloe, as she loves that name. My brother h**es the name Chloe and really wants to name their daughter Stephanie. They have been arguing about it for a few weeks, since finding out the gender.

I got to my parents house late last night and my SIL was the only person still awake. We talked for a little bit, and she asked me the weirdest question. She asked me if I knew any stories about great aunt Stephanie. I was so confused. I literally said “who?”

SIL clarified that she was talking about our grandmother’s older sister that died when grandma was a little girl. Our grandma had two sisters, but their names were Judy and Lynn. There’s no one in our family named Stephanie, as far as I know. I told as much to my SIL. She changed the subject after that, and we soon went to bed.

This morning my brother and his wife were both sulking during breakfast. Even the kids could tell. Ricky kept saying “stop being grumpy on Christmas.” So it wasn’t just my imagination. I got my brother alone and confronted him. He snapped at me for “meddling” and told me to stay out of his marriage.

My brother is pissed at me, and my SIL won’t even talk to me. I’m afraid to say anything to my parents and drag them into this, especially since I still don’t know what this is.

Either my grandmother had a secret sister that I don’t know about but my brother does for some reason, or my brother lied to his wife to convince her to name their baby Stephanie. Both options seem equally weird to me. Maybe there’s a third possibility I’m not seeing?

Reddit, am I the a**hole? If so, please explain to me why. I don’t want to be the reason Christmas is ruined.” 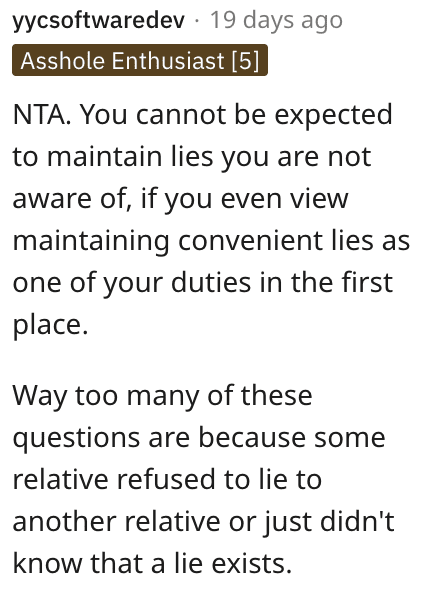 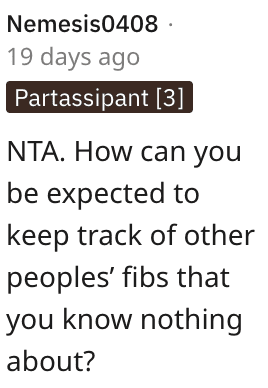 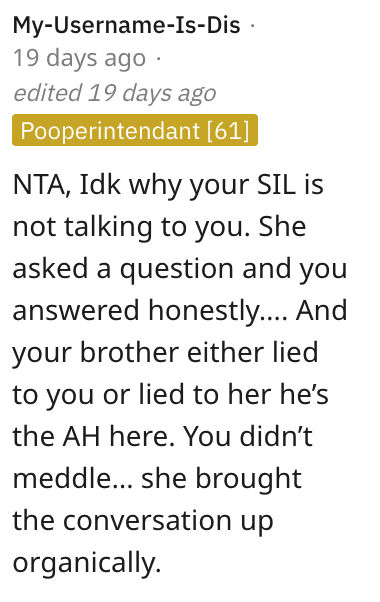