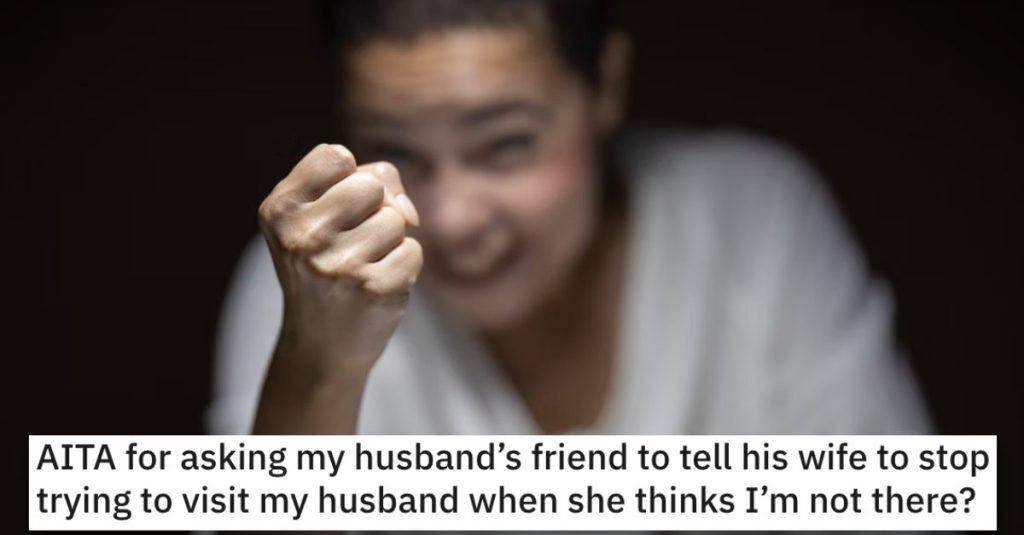 She Told Someone to Stop Trying to Visit Her Husband When She’s Gone. Is She Wrong?

This whole thing sounds pretty sketchy to me…

Trying to visit someone else’s husband when their wife is gone?

AITA for asking my husband’s friend to tell his wife to stop trying to visit my husband when she thinks I’m not there?

“My husband’s primary residence is in Italy, mine is in the UK.

On one of my trips to Italy, his housekeeper told me that the wife of my husband’s friend kept trying to visit him while I wasn’t there. She said she came over every single day even though most days he wasn’t even home or was working from home so didn’t even say hello to her.

We went out together as a group, so I brought it up to her when it was just the two of us and asked her to stop. I told her my husband doesn’t like being disturbed while he works so she should really arrange something instead of just turning up. She waved me off and acted like it was no big deal.

I asked her several more times to stop but she continued to do it the minute I was back in the UK every single time.

In the end I was so fed up, I contacted her husband and asked him to tell his wife to stop. He wasn’t aware this was going on and said he would speak to her. His wife is now angry at me and is claiming I’m implying things about the type of woman she is. She also said I was treating her like her husband’s property and I was pathetic for telling him instead of just admitting she made me insecure.

My husband is mostly indifferent but also told me I had caused chaos in their friendship group as everybody knows what’s going on and it’s causing a lot of gossip.

One reader said this woman is NTA and they made a good point. 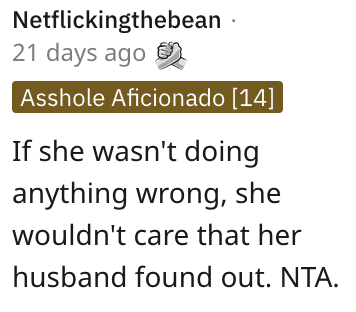 And this Reddit user agreed that she is NTA. 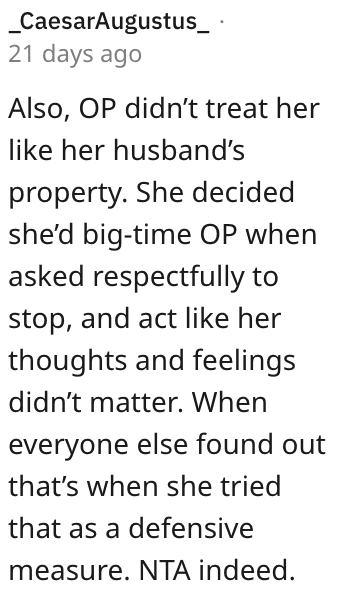 This individual said they need to take this seriously before it turns into something potentially dangerous. 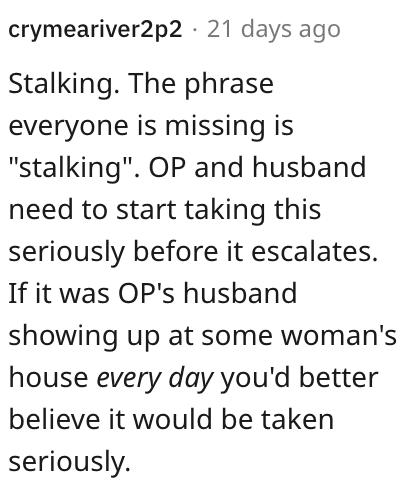