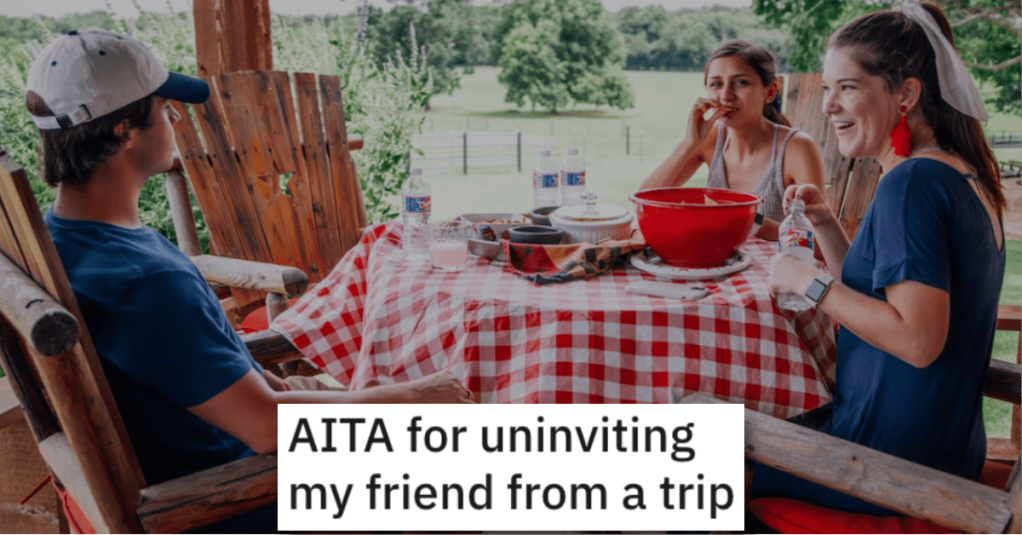 She Uninvited a Friend From a Trip. Did She Go Too Far?

Have you ever been uninvited from a trip with friends?

I personally have not, but I have to imagine that it hurts a helluva lot and that there are a lot of problems with the relationship after something like that happens.

But maybe this person had a good reason for doing this…

Let’s read on to see what happened.

AITA for uninviting my friend from a trip?

“So this coming weekend a group of friends and I are going to go stay at my family cabin. We’re all in our late 20s/early 30s.

Two friends have kids “Chad” and “Rebecca”. Not together though. Chad wasn’t a big deal because it’s not his weekend they’re with their mom. Rebecca said her sister would watch her son.

Rebecca called me this morning and said something came up and her sister can’t do it. I said “that sucks, do you have a backup sitter?” She said no, she figured she’d just bring him along.

I said “uh, this isn’t really a kid friendly weekend. We’re going to be drinking and stuff”.

She said “well, why do you HAVE to drink. It can just be a fun getaway and that way he can come”.

I said “no, Chads not bringing his kids along.”

She said “well then he should bring them. They can all hangout together”.

I said “no. This isn’t a kid trip. Most of us don’t have kids and I don’t want kids there.”

I said ” if you find a sitter you’re welcome to come” She said “that’s really great. Being uninvited because I’m a parent. One day everyone else will have kids too. Then what will you do?”

I said “hangout alone I guess?”

She hung up on me.

My problem isn’t even the kid. It’s that Rebecca always changes EVERYTHING for her son. So I know it’d become a dry (no alcohol) trip, and everything would get changed around for him. Shorter hikes, less time fishing, Saturday were going to the bar to watch college football and we wouldn’t be able to do that with him there.

We went to a festival this summer, she brought her son and everything was what he wanted to do. When we suggested splitting up and meeting later, so some of us could watch some bands and whatever she got all pi**ed.

Well another friend called me an hour later and asked if I really uninvited Rebecca. I explained my side and she said “that wasn’t nice, things happen and friends compromise”. I said “yea to a point but not change the whole trip.”

She said she just feels bad because Rebecca will be stuck here while were all having fun. That I should be a good friend and let her come, not leave her out because stuff came up”.

I said “no one is forcing you to come, you can stay and hangout with her if you want”. She told me to stop being an ass.

AITA for uninviting someone because they’re sitter fell through

This person said she’s NTA and that her friend sounds like a pain in the a**. 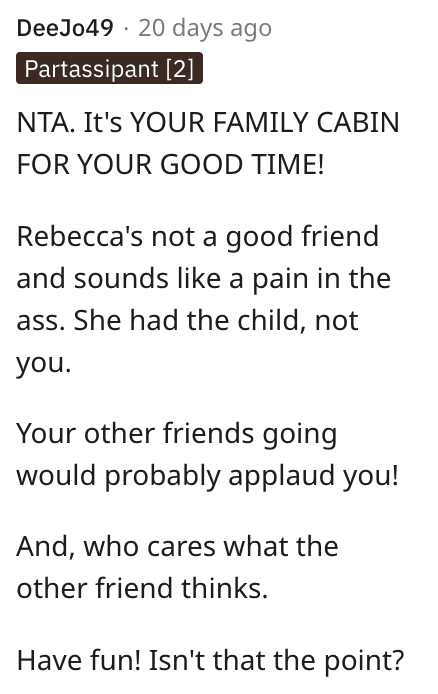 And this individual said they’d never suggest bringing a kid on a trip like this. 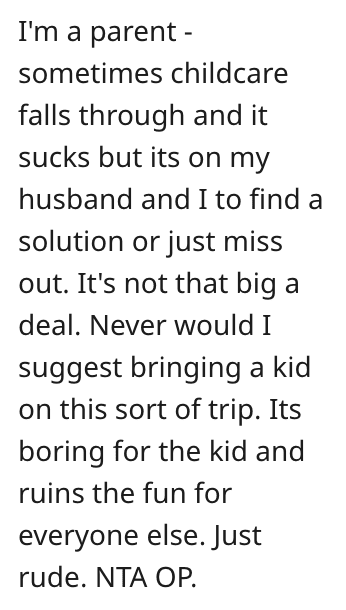 And this reader said her friend sounds selfish. 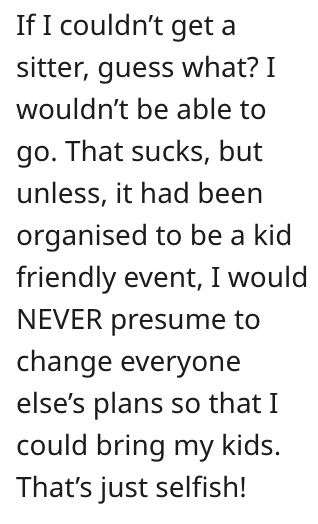